Moving magnet vs moving coil mc are both cartridges with minute electromagnetic generators that convert mechanical movement made by their stylus in the groove into an electrical signal that is amplified and processed to make an enjoyable sound quality that has been crafted into the record. Magnet and moving coil cartridge both use coils and magnets to generate the required signal which vibrates uniformly with the stylus arrangement they are attached to. Let’s discuss this phono cartridge in Isolation to define their differences.

The major feature of MC cartridges is to reverse the position of the coils and magnets. The cantilever is attached with two coils that move around the field of a permanently fixed magnet which is located inside the body of the moving coil phono cartridges to form the generator.

The coils found in the mc phono cartridge are smaller than the coils in MM cartridges. The coils are, also in the moving coil, made from thin copper wire. The tip mass of the moving coil stylus assembly is lower effective which gives it an advantage over the moving magnet assembly. In the mc cartridge arrangement, the electrical signal that is generated is a low output level and low impedance signal.

You might not quite see the importance in this at first but the lightweight assembly later allows an enhanced transient response, detailed overall reproduction, a wide frequency response, and the conversion of signals that are low-level, something a heavy moving magnet assembly is bound to miss.

MC cartridge are small, more expensive, measure better performance but produce a low output level, do not have user replaceable stylus assemblies, and moving coils are more delicate than its counterpart. 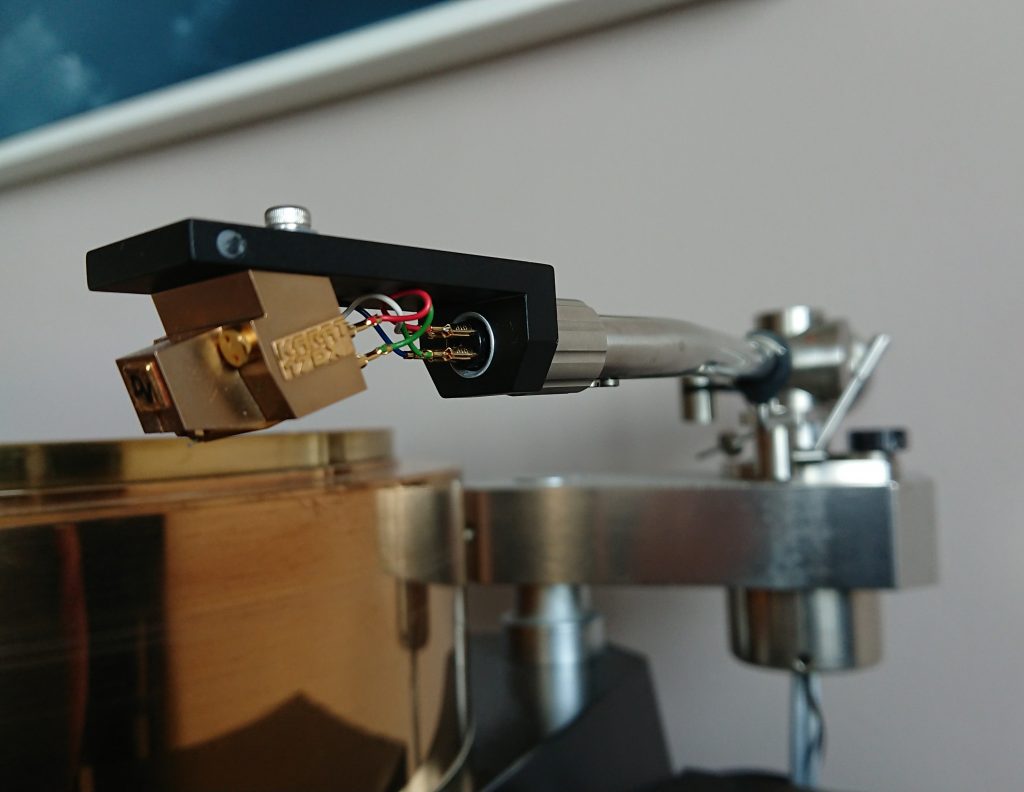 Some brands of MM cartridges always have small permanent magnet on the stylus’ cantilever. The cantilever is the small suspended arm that goes from one angle out of the cartridge body.

The small magnets are situated between two sets of permanent coils of wire found inside the body of the cartridge through pole pieces that come way out from the coils. This is what forms the electromagnetic generator. The magnets of the mm cartridge are heavy.

Moreso, it has a low effective tip mass which works to lessen the applied force to the fragile record groove. This helps reduce the possibility of groove wall damage.

There are some notable differences after both have been discussed separately. From what I have above, it is obvious that moving coil cartridges rather than MM cartridges have more precise high frequencies, are better in tracking, and have lighter movable parts. However, their stylus is strictly irreplaceable with limited compatibility.

MM cartridges on the other hand are more affordable, have unlimited compatibility with phono preamp, and have a replaceable stylus. Although, can be a bit heavier.