Fans of music and nostalgia from the ’80s came flocking to Scone Palace in the Perthshire countryside in their thousands, many to relive their youth and a chance to see their heroes perform live again. And what a lineup there was to see!

Opening the Saturday was The Skids, formed in Dunfermline in the late ’70s.  Richard Jobson on vocals and Bill Simpson on bass are the only original members remaining, and guitars are taken care of with father and son Bruce and Jamie Watson, who also play with Big Country.  They smashed onto the stage with ‘Charade’ – their 1979 top 40 hit – and carried on with more hits such as ‘Working For The Yankee Dollar’ and ‘Into The Valley’.  Well received by the Perth crowd and a great start to the day. 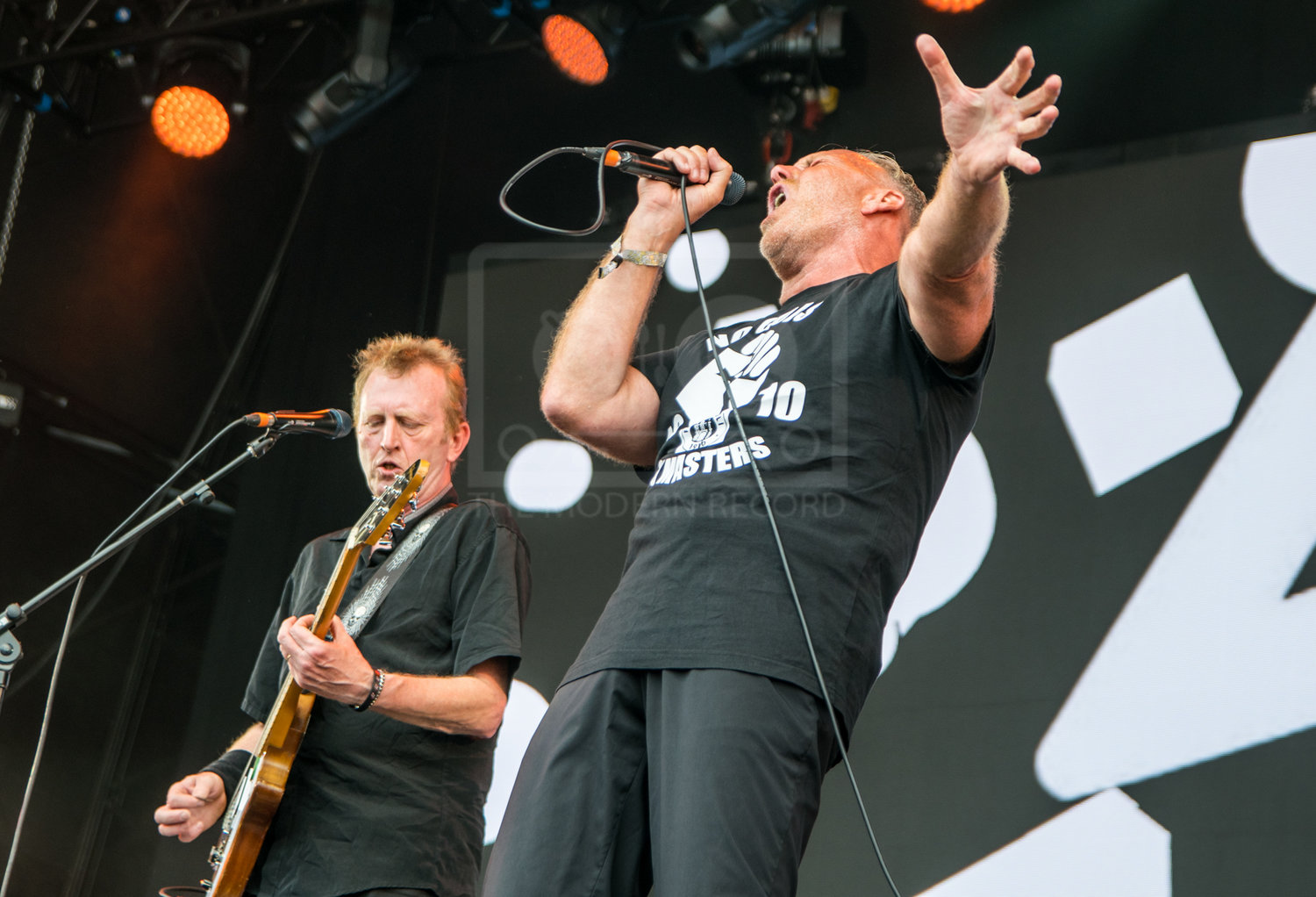 Next up was Andrew Roachford.  Providing vocals and keyboards, Roachford turned back the clock and belted out classics ‘Family Man’, ‘Only to Be with You’ and ‘Cuddly Toy’.  He left to a great reception from the crowd, before being replaced by Peter Hook and the Light.  The hook was, of course, the bass player with Joy Division and New Order, and he delved into both band’s back catalogues for today’s set which wowed the crowd.  Classic New Order tracks ‘Temptation’, ‘Blue Monday’ and ‘True Faith’ had the fans on their feet, before reverting to Joy Division’s music, ‘Ceremony’, ‘Transmission’ and the classic ‘Love Will Tear Us Apart’.  Arousing set from the band, tremendous stuff.

Once described as ‘…one of the defining figures of mid-’80s synth-pop’, Howard Jones was next on stage to entertain the huge audience. Known for the huge 80s numbers ‘New Song’, ‘Pearl In The Shell’ and ‘No One Is To Blame’, he was delayed by problems with his computer and electronic setup before finally starting with ‘Like To Get To Know You Well’.  A great set from the Southampton born musician loved by the crowd. This was real 80s music.

US soul singers Odyssey were next up, and gave the crowd the hits they craved in ‘Native New Yorker’, ‘Going Back To My Roots’ and their 1980 number one ‘Use It Up And Wear It Out’.  They made way for Martha Walsh of The Weather Girls and ‘Its Raining Men’ fame before Kim Appleby of Mel And Kim took to the stage with ‘Showing Out’, ‘F.L.M’ and ‘Respectable’.

It was the turn of Californian singer-songwriter Tiffany next, made famous in 1987 by her cover of the Tommy James and the Shondells hit ‘I Think We’re Alone Now’.  Her set included a cover of The Beatles classic ‘I Saw Him Standing There’, which was a number 8 hit for her in the UK in 1988.

Roland Gift from The Fine Young Cannibals showed the crowd he hasn’t lost any of his musical touch with a selection of hits from the bands’ career, starting with ‘Suspicious Minds’. ‘Good Thing’, ‘Johnny Come Home’ and ‘She Drives Me Crazy’ were also on his set, and sounded as good today as they did all those years ago.

Penultimate act for the evening was The Gypsy Kings, famous for their Latin based Flamenco and Salsa inspired pop music, certainly had the crowd moving before the Saturday headliners OMD took to the stage.

OMD was formed in the late 70s in Merseyside by Andy McCluskey and Paul Humphreys.  Inspired by the likes of Kraftwerk, they opened their set with 1980’s anti-war song ‘Enola Gay’, which went down a storm with the fans in the crowd.  Other hits played on the night included ‘Messages’, ‘Tesla Girls’, ‘Souvenir’ and ‘Forever Live And Die’, as people retired to parties in the campsite or made the journey home to get ready to repeat it all on Sunday again.  A fabulous day of entertainment.

CHECK OUT HIGHLIGHTS ACROSS SATURDAY AT REWIND! SCOTLAND – AT IN: PICTURES – HERE: