After Saturday night’s revelry, the second day of Party at the Palace started somewhat reluctantly, in part due to the weather. Early showers delayed many but for those who braved the conditions, the reward was another day of high-class musical entertainment.

Highlights from the Breakthrough Stage included Glasgow 4-piece 100 Fables blending electro-pop and heavier elements into a dynamic set of catchy songs that had the crowd moving; an energetic singalong to Black Dove’s Fake ID which saw the first arm-in-arm pogoing of the day; Be Like Pablo’s sun-drenched post-punk sounds conjuring up fantasies of palm trees and teenage angst; and South River Blues Band bringing generations together through their lively interpretations of modern and classic blues numbers.

Playing an upbeat set of anthemic pop songs from her 2018-released debut album Game Face, Anna Sweeney brought so much sparkle and groove to the early evening. Drawing comparisons to the songwriting of Taylor Swift and sonic parallels with the likes of Haim, Sweeney is by far the most radio-friendly act to grace the Breakthrough Stage over the course of the weekend. That’s no bad thing. The infectious melodies of Jealous and Seventeen linger well after her set is done. Edinburgh outfit Retro Video Club delivered nothing short of their best high energy rock show. The growing buzz around this quartet as one of Scotland’s must-see live bands is fair justified as they turn on a particular sweaty charm, seemingly without doing much more than plugging in their guitars. It’s good honest fun in any weather. 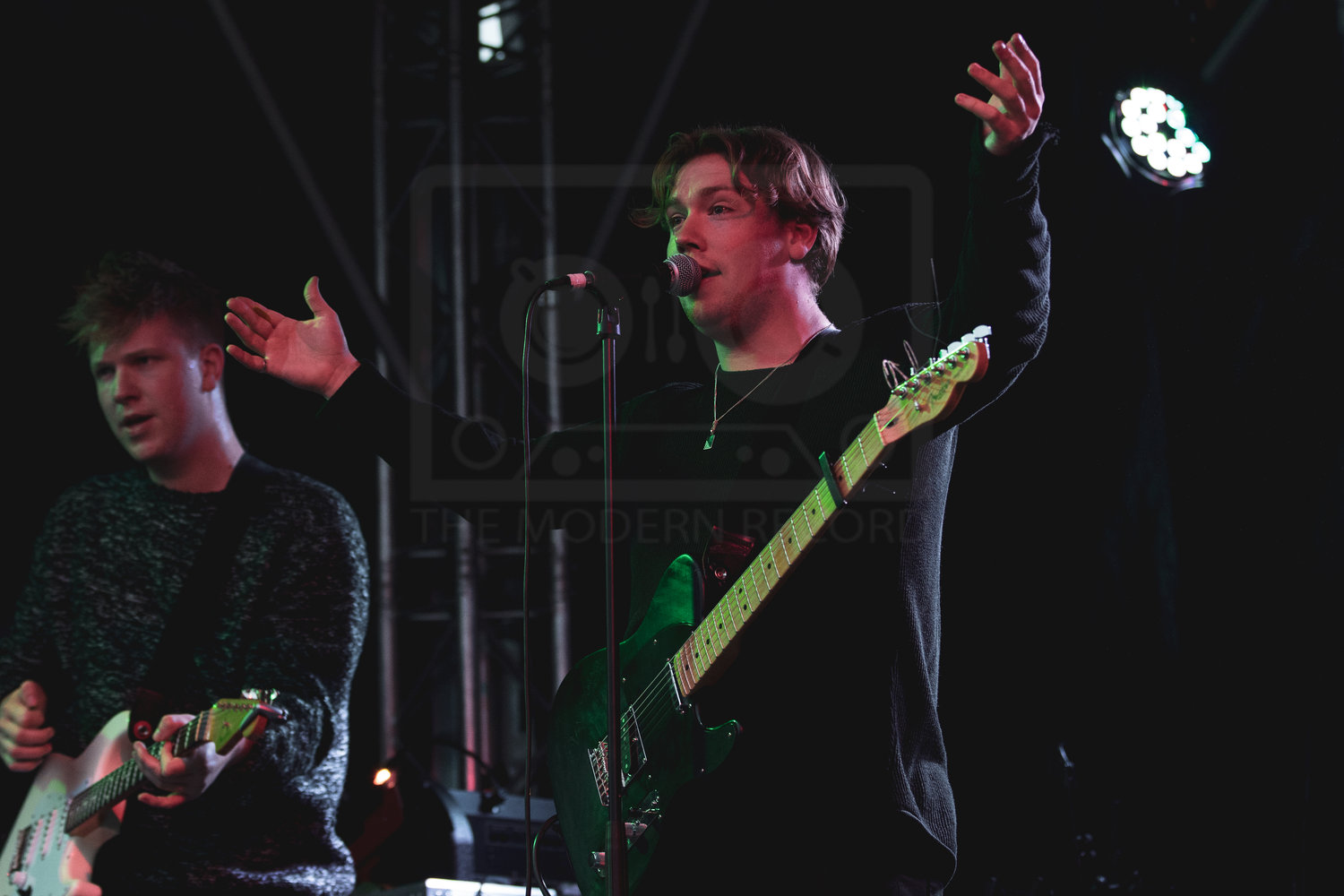 Heading up Sunday’s Breakthrough line-up is The Nickajack Men. No strangers to the festival circuit now, they know how to work their audience with a set of cleverly crafted indie rock songs. Hints of psychedelia and country bleed through ambling guitar solos that never quite outstay their welcome, and Lewis White’s impassioned vocal spits and crashes through the occasional wall of sound. If punters didn’t walk away with a new favourite band it could only be because they’ve seen these guys before.

Over at the Main Stage devoted fans enjoyed a brilliant performance from former Joy Division and New Order member Peter Hook & The Light, whose vibrant set tapped into that back catalogue with earnest zeal. Angular guitars carved shapes over smooth, pulsing synth and bass lines and relentless drums. The energy from the stage could have easily filled a headline slot but it was equally nice to get an early dance session in before dinner.

Placed in the same timeslot as Cast played the day before, post-Britpop 5-piece Embrace served up a similarly nostalgic collection of songs spanning their twenty-something year career. Curiously, dropping their first big single All You Good Good People almost at the beginning of the set seemed to take a weight of anticipation off both band and crowd and lifted the atmosphere to something akin to light-hearted whimsy. The triumphant Ashes elevated the experience further as the crowd raised their hands’ involuntary bliss.

Irish singer Imelda May changed things up yet again, mixing blues, soul and jazz influences into her unique style of pop music. Demonstrating immense restraint and power in her vocals she entertained and enchanted the crowd with songs including Human and Big Bad Handsome Man. She held the audience captivated as the daylight gradually dimmed.

As the darkness set in for good and the threat of rain prevailed anticipation reached its peak as the stage was set for the final act. Cheers erupted as the members of Texas took to the stage. Further rapturous applause greeted frontwoman Sharleen Spiteri and the Scottish singer showed pure delight at the reception. Her endearing smile radiated throughout as she engaged with her audience as near and far as she could see. Opening with I Don’t Want A Lover and Summer Son, the band clearly had the energy to burn. The set was heavy on big hits, not because it needed to be but because Texas just have so many great songs to choose from, it’s hard to find a weak one in the mix. Let’s Work It Out and Tell That Girl from 2017’s Jump On Board were received with as much vigour as So-called Friend and Everyday Now.

Spiteri’s allure as an entertainer is irresistible. She is honest, direct and humorous in a most natural way and between songs she connects with fans in memorable encounters that make every performance unique. If there was a script she’d be off it 99% of the time. Observing that Glen’s sponsored the festival she publicly noted a lack of vodka on the stage and the situation was resolved promptly. Later she singled out a man in the crowd wearing a bright yellow poncho and inevitably pulled him up on stage for a casual chat. It’s refreshing to see that kind of flexibility in an otherwise polished performance, bringing so much life and humanity to the concert experience.

Introducing a stripped-down In Demand as a love song after joking about her daughter’s posh London accent seemed almost too intimate, too familiar, but it was welcome on both sides of the barrier. Charging down the stage at one point during Inner Smile it looked like Spiteri might actually launch into the crowd, despite making several references to a recent back injury. Prefacing Say What You Want with the potential promise of one more song the band delivered a knockout extended singalong rendition of their 1997 hit single before retiring from the stage. They ultimately returned to finish off with a cover of Suspicious Minds, leaving the festival crowd on a resounding high. Did anyone notice the rain? What rain?

CHECK OUT HIGHLIGHTS FROM SUNDAY AT PARTY AT THE PALACE 2018 AT IN-PICTURES: HERE: