The second and final day of Newcastle’s newest outdoor music festival, thousands of lucky festival-goers descend onto Spiller Wharf’s car park at Quayside nearby River Tyne. The new festival concept was embraced by fans who witnessed the return of American Rockers ’30 SECONDS TO MARS’ returning to Newcastle with a performance to remember. The second and final day of the festival was kicked off with one of Newcastle’s newest hottest bands ‘GroundCulture’. The Newcastle band attracted home-crowd to witness their short set on THIS IS TOMORROW stage… sending the crowd into a frenzy with their incredible vocals, sounds and energy. Playing tracks off their debut EP including their lead single ‘Confessions’, the home-crowd couldn’t get enough of this new upcoming band. With crowd knowing their music and moshing along it clearly proves GroundCulture are the hottest band in Newcastle right now. This band are definitely one to watch out for and clearly was a great opener for 30 Seconds To Mars and probably biggest crowd the band have played to so far.

Next up was another of Newcastle’s newest hottest bands ‘Boys Jumps Ship’. The Newcastle punk-rock band bought in a decent size home-crowd to witnesses their support slot on THIS IS TOMORROW stage… As the band came on stage the Newcastle crowd were ready for them to perform. The band performed tracks off their 2015 debut album ‘Wake Up’ including ‘Burn’ and ‘Lost & Found’ and newer tracks such as ‘Fashion’ and ‘Working for the Weekend’. Boy Jumps Ship set was welcomed by home-crowd as festival punters knew the band’s music and were singing along and moshing away giving the band warm welcome to THIS IS TOMORROW. This is clearly must have been the band’s biggest hometown performance and must be a performance to remember considering their opening up for one biggest rock bands ’30 SECONDS TO MARS’ to come from Los Angeles, USA. Boys Jumps Ship will be touring the UK later this year and would recommend checking them out, hopefully, one day the band will make their name and looking forward to listening to their new album.

After their hot set at Hit, The North festival earlier year was one of Yorkshire’s best rock bands ‘MARMOZETS’ who are always welcome in Newcastle. Stepping onto THIS IS TOMORROW stage… lead vocalist Rebecca MacIntyre and co got a massive warm welcome. As the band jumped into there first song ‘Habits’ from their brand new album ‘Knowing What You Know Now’ the crowd were already moshing away and singing back every lyric… it was an incredible moment to witness. As the band continued playing tracks such as ‘Meant To Be’, ‘Move, Shake, Hide’ off their Debut album and New album, the Newcastle Crowd just couldn’t get enough of this band. As the band came to last two songs of their set Rebecca told the crowd “We have two more songs for your guys… yours have been amazing, who’s ready for DON BROCO up?…. and who’s ready for 30 SECONDS TO MARS? An absolute privilege to be here”. MARMOZETS ended their set with Captivate You and Major System Error. From supporting likes of MUSE in the UK a few years ago, this band has clearly progressed from their debut album and really can’t see what’s next for this band in the future. It was definitely the right choice to have this band opening up for 30 SECONDS TO MARS. 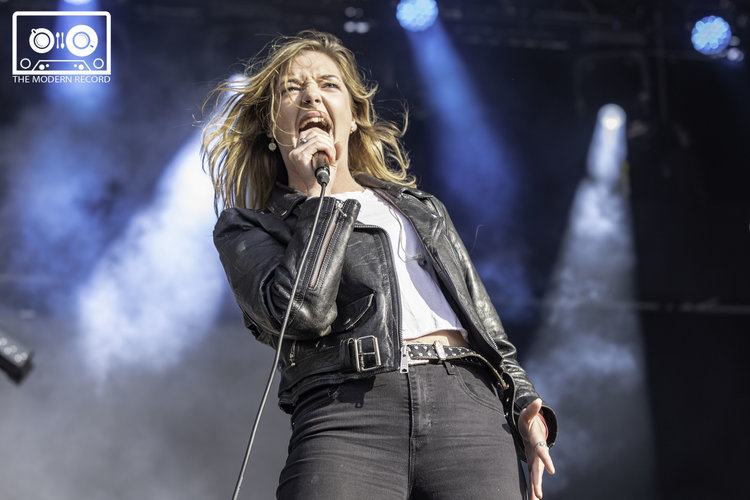 Now up next were definitely the best rock band to open up for 30 SECONDS TO MARS, one band on the bill which most likely everyone was in Arena for. DON BROCO made their appearance on stage kicking off with their hit single ‘Everybody’ which certainly got the crowd going. As front-man Rob Damiani and co continued their set playing tracks such as ‘Pretty’, ‘You Wanna Know’ and ‘Automatic’ tracks off their four studio albums, the crowd certainly couldn’t get enough of this band.

There was constant moshing throughout the band’s set and the crowd were singing along to every lyric, was certainly a band everyone wanted to see. As Don Broco performed their slow-number ‘Nerve’ all you heard was festival-goers singing along to every lyric and this certainly felt like a moment for the band to remember as felt like the band were close to every festival punter in the crowd. As the band’s set draws to close, Rob told the crowd “We have two songs left for yours… we want to see every single person jumping along and singing along…” Also “who’s ready to see 30 SECONDS TO MARS up next on this stage?”. The band’s set ended with their current single ‘Come Out to LA’ off their new album ‘Technology’ released earlier this year and single ‘T-Shirt’ with ended up with a scene of t-shirts being waved around in the air.

Safe to say Newcastle are already waiting for DON BROCO to return to the city again, as the crowd couldn’t get enough of them and Band seemed to enjoy themselves on stage. It was definitely the perfect choice for an opener for 30 SECONDS TO MARS. 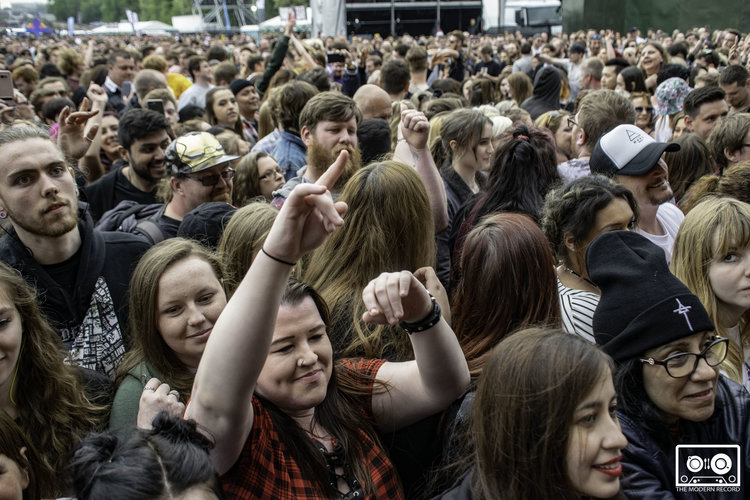 Finally next up were the headliners of the final day of THIS IS TOMORROW Festival. As American Rockers ’30 SECONDS TO MARS’ appeared on stage with drummer ‘Shannon Leto’ appeared on stage there was a scene of flags appearing across the crowd and crowd were already frenzy mode ready for front-man Jared Leto to appear on stage. The opening notes of Up In The Air sound, Jared Leto commands attention with a scream of “Newcastle!” and an ensuing chorus of voices sing every word.

Throughout the performance, huge screens advertised the new album ‘America’ and Flags throughout the crowd advertising 30 SECONDS TO MARS logo. As Jared Leto and co got into their headline set, the band played some new songs, including the wonderfully melodic Dangerous Night and the currently exclusively live Rider, but no shortage of classics in the setlist either.

The Kill serves as a powerful call back to the band days as an emo/post-hardcore outfit. Night Of The Hunter rekindles the band’s sound when they were at their peak proving a strong dramatic moment. Even City Of Angels serves as a blissful reminder of their later ventures into the genres of pop and alternative. While the absence of certain favourites from their back catalogue – From Yesterday, Conquistador – proves somewhat disappointing, the callback to different stages of their career excitingly demonstrates the band’s diversity

Every effort is made to heighten the excitement in the room. Kings And Queens see the audience led to singing in the unison for the entire song, surpassing the sense of inspiration created on record. For Search And Destroy, huge balloons of multiple colours bounce into and around the crowd, bringing to life the energy of the music itself. Leto proudly waves a British flag around the stage during Walk On Water, declaring, ‘’This is one of the coolest outdoor festivals we’re playing on this tour but it feels like the biggest!” Come set concluder Closer To The Edge, our frontman even invites fans up on stage – an astounding experience for those picked, a warming spectacle for everybody else. Some forms of audience interaction are more spontaneous, Leto pausing This Is War to stop a ruckus in the audience and call for unity and mutual respect. Considering the rightfully wild reception to his band tonight, it feels like we would welcome Thirty Seconds To Mars back anytime. As the festival drawn to a close, it clearly was an experience and the festival really worked for Newcastle despite problems which happened during the first day of the festival which was amended for the second and last day of the festival. We’re looking very forward to 2019 if the second-year edition of the festival takes place.
Previous