Full Disclosure: I love John Grant. From the very first play of Pale Green Ghosts – which I bought purely on the basis of Amazon’s persistent recommendation and the colour of the typeface used for his name on the cover – I was head over heels for his earthy baritone and acerbic lyrics. The unfamiliar blend of piano balladry and electronica got right under my skin. Without investigating his musical lineage or consulting any of my gig buddies I bought a ticket for his show at the O2 ABC that October and found myself on the barrier, positively beaming for the entire set. He had this sexy disco lumberjack vibe going that was utterly endearing; I walked away from that gig dazed but heart-full. I saw John play in each of the next 3 years. His performances with the Royal Northern Sinfonia were astonishingly beautiful and incredibly inspiring. At the very last show of touring Pale Green Ghosts – on his birthday no less – he dueted on Glacier with Villagers’ Conor O’Brien, dedicating it to Ireland, where same-sex marriage had recently been legalised by popular vote.

Each show and every tour was, in its own way, very special – I mean, the last time I saw him, at Celtic Connections, one of my very best friends was supporting – and so when I arrived at the Edinburgh Playhouse on Monday evening my heart was already this kind of translucent sponge, eager to soak up as much of that voice and wit and charm as the night would allow. As it happened, the night allowed for plenty as the show was expected to run from 8 pm until approximately 9.30 pm with no support or interval. 90 minutes to just sit and absorb. You could feel the excitement and anticipation among the crowd, hurrying into their seats and checking times with every steward on the way in. 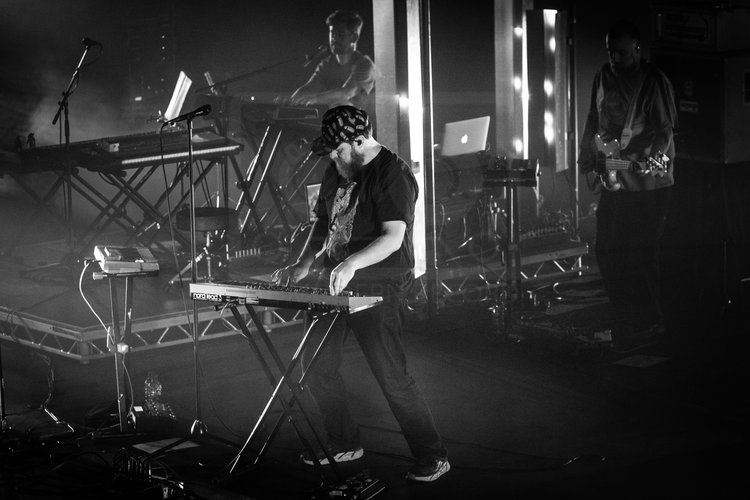 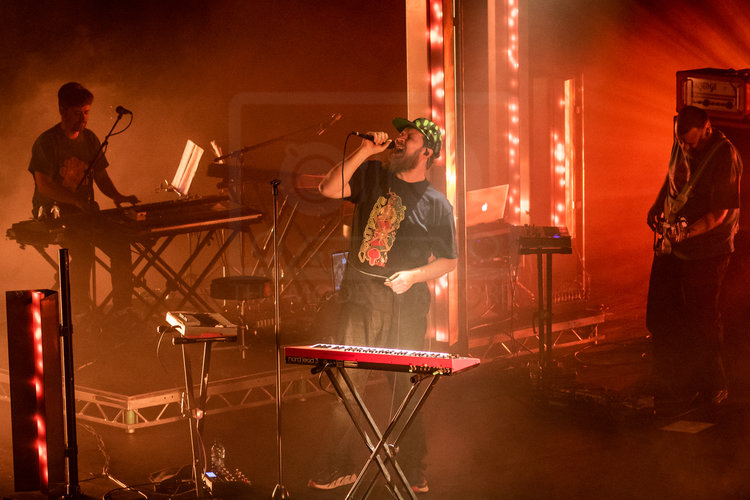 When the lights went down, almighty applause erupted that sustained until John and his band were all in their positions. Then, a pause. The pulsing beat and electronic arpeggio opening You Don’t Have To saw the crowd instantly nodding along. It was calm for the most part; soothing melancholy love songs interspersed with increasingly raucous applause and the occasionally indecipherable come-on from somewhere in the back of the stalls. The set was light on songs from the most recent album, 2015’s Grey Tickles, Black Pressure, but flowed nicely and allowed John to move between synth, piano and vocal duties regularly, working the stage strategically. With otherwise perfect posture he committed to TC & Honeybear with his whole body, expressing through piano sentiments that cannot quite be articulated by words and melody combined.

The performer-audience cycle repeated thus; powerfully emotive song, rapturous applause, restorative pause. “I’m glad we can enjoy silence together” John quipped. “This is for you” he continued before delivering a first-class rendition of GMF. One “fun song to play” lead to another and Pale Green Ghosts was met with yet a greater level of enthusiasm from the already fervent crowd. There was a maelstrom of lights across the stage and in the centre, while not singing, John stood with his hands outstretched toward the heavens, as if conducting the storm. This exhibition filled the vastness of the stage convincingly with the drummer at one point upstanding to play. The sheer physicality of the sound was reciprocated with thunderous applause after a final flash plunged the stage into darkness, so loud that you couldn’t even hear John’s gratitude.

This cleared the sonic landscape for newcomer and title track from the forthcoming album Love Is Magic, due in October. The bittersweet, synth-heavy song isn’t exceptional to his usual palette but stood out partly for the fact it is very familiar to some fans and not at all to others; the mixed reception was noticeable. The song features layers of sounds filtering through like an 80s sci-fi soundtrack or arcade game (most likely inspired by the latter; John was actually wearing an Atari Centipede t-shirt). Perhaps it stood in contrast to what played before it; it certainly couldn’t be more different to what followed.

In its emphatic simplicity Glacier lays John’s sonorous voice as the centrepiece, gradually adorned with piano flourishes that grow into an epic flurry of percussive harmonies. It was followed swiftly and gracefully by Queen Of Denmark as John took to the piano to conduct the rest of his band through the dramatic finale, fists futilely pounding at the keyboard while guitar and drums battled for ultimate supremacy of volume. As the last brutal dynamic explosion occurred many of the crowd quickly leapt from their seats in fits of furious applause. I wouldn’t have believed those 3000 people could get any louder, but here, they sure showed me! The madness spread until all three levels of seating had delivered a standing ovation and beckoned John and his supporting musicians back to the stage.

Although it was obviously a planned encore it was pitched to the audience, rather than the occasion. Sigourney Weaver made it into the final act by request. In one final burst of shimmering synth, Black Belt had people throwing shapes in their seats, even out of their seats, like the weekend was just getting started. After an hour and 50 minutes of music everywhere, you looked there were people grooving and smiling and bouncing, all under the spell of John Grant. And even if they weren’t, I was. I am. I love John Grant.

FIRST EVER EDINBURGH SUMMER SESSIONS WAS A HUGE SUCCESS