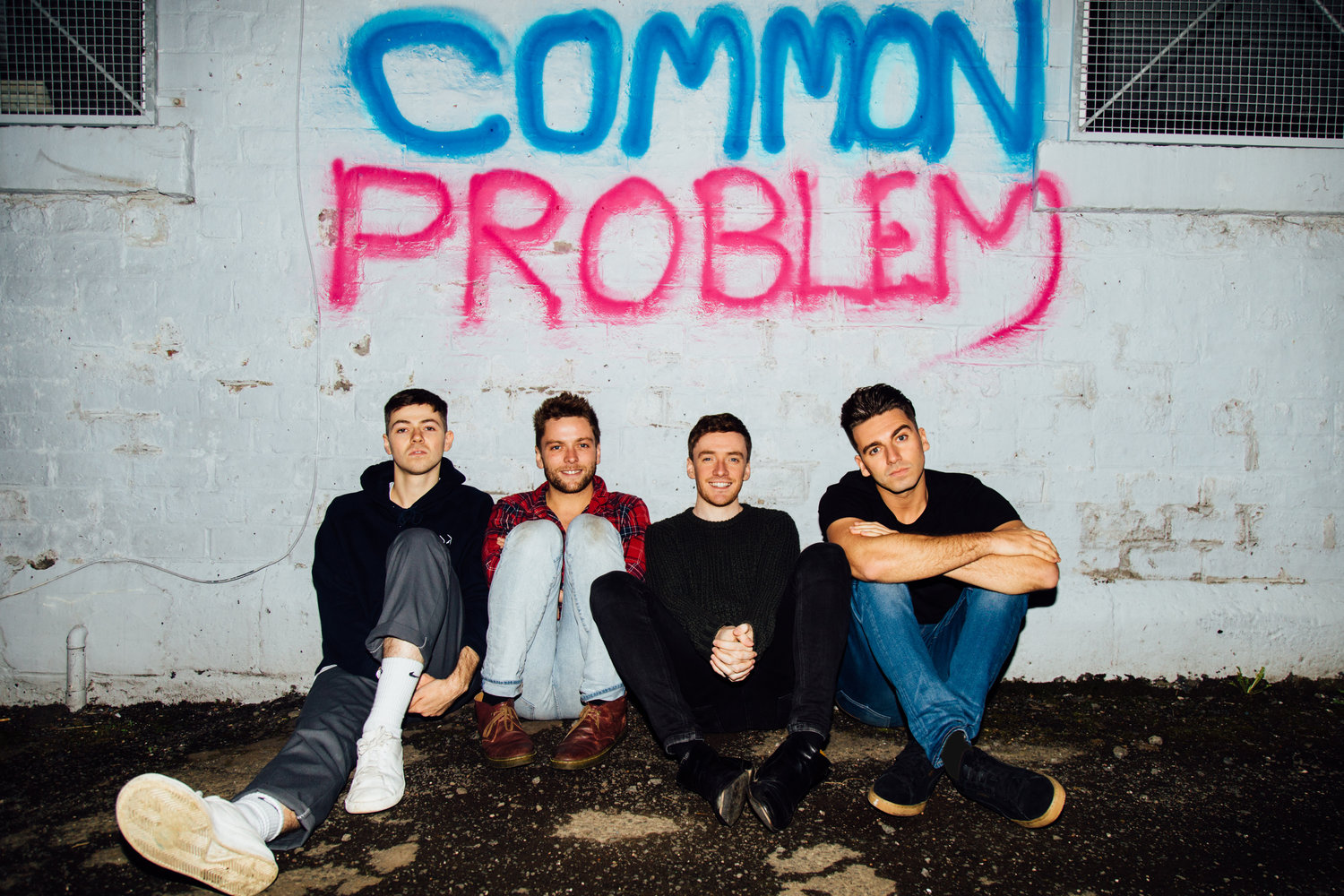 Scottish hip hop and rock band ‘The Lafontaine’s’ from Motherwell, who formed in 2010 and released their debut album ‘Class’ in 2015, have since returned this year and had an incredible year so far returning to the music scene to release their long-awaited second studio album ‘Common People’. The band who headlined the King Tut’s stage at this year’s TRNSMT festival in Glasgow are set to tour brand new album around the UK next month, as well performing two album shows at Glasgow’s King Tut’s and Edinburgh’s Sneaky Pete’s to celebrate. We were lucky enough to catch up with frontman ‘Kerr Okan’ and Drummer ‘Jamie Keenan’ ahead of the King Tut’s show in Glasgow.

The Modern Record: First of all, for those who don’t already know, who are the LaFontaines and what are they all about?

Kerr: The LaFontaines are a four-piece band from Motherwell, been going for around 8 or 9 years. We’re a fully-fledged “thing”. Now we’ve got the second album we get the “Official” Badge.

The Modern Record: Yes, the second album. This is it, “Common Problem” starts now. On first listen, it is apparent that this one is much darker than your debut “Class”, where did that come from?

Kerr: “I think to be honest, it’s the state of the world at the moment, it’s a crazy place. So, given that a lot of my writing is usually influenced by that, it was hard not to be influenced by it. As soon as I wrote the first song, album opener “Explosion”, that kind of set the tone for the record for me, in terms of where it was going to go. I also knew I wanted to finish it off with “Asleep”. So, I wrote the first and last songs first, I knew that was the beginning and end point and I wanted to take it from there.

But, it’s not a fully-fledged political album, it just naturally found its way into my writing.”

The Modern Record: I couldn’t agree more, at its core it’s still The LaFontaines sound, but it’s just got a new harshness to it at various points throughout the record. It’s got an edge to it.

Kerr: “We’re real close to the edge. I think a lot to do with it is we are now a bit older, we’ve seen more things, we’ve toured together, we’ve been fortunate enough to go to America, Europe etc. and we have seen a lot of the world and I think that can’t help but influence your writing. So aye, it’s certainly a bit darker.”

The Modern Record: I also felt there were much more electronic influences throughout the album, where did that come from? Was that intentional, from what you’re listening too maybe?

Kerr: “Yeah, the difference with this record and the first one was that the first one we all had a part to play in terms of the production of the record. However, for this one, Darren (McCaughney, Guitar) pretty much produced the full record. Also, we worked with Joe Cross, the Courteeners producer, I think he gave the record a very cohesive sound. The first thing we did was to try and nail the drum sound for the record. Because of what we do… How do I say this without sounding like a wank? We are quite unique, there’s nothing much that sounds like us. So, trying to tie that together sometimes can be a trick, or part of the hardship of it. I think nailing the drum sounds, making it sound like a cohesive body of work as opposed to 12 individual songs was important. So, that’s the first thing we did. Then Darren went at it and that’s how we ended up with a bit more electronics on the record.”

The Modern Record: So, the records out and we are here at King Tuts to celebrate its release! How many times have you guys played King Tuts now?

Kerr: “Fuck, I think this is around our tenth time maybe? How many times have we played King Tuts?”

The Modern Record: And you’ve got round two at the Barrowlands coming up next month!

Kerr: “Aye! I know, the first time we ever played the Barras was with Twin Atlantic. Then when we did it ourselves in 2015, I think it sold out on the day of the show. However, to sell it out a few months in advance, was massive for us man. As I said, we have been fortunate enough to go round the world, but for me at least, that’s the best venue in the world. There’s just something about that room man! I love it! It’s in the east end, it’s like real Glasgow man!”

The Modern Record: I was at the last Barras show, it was something special. The atmosphere and the crowd were incredible. And in terms of production, it was huge for you guys. Without giving too much away, what have you got in store for this time around?

At this point Kerr and Jamie grinned at one another.

Kerr: “We are literally doing stuff in the room this time that from what I know, no band has ever done before. We’re really stepping it up. To be honest, we’ve blown our full budget on the production.”

Kerr: “We’ve got the guys that do the Hudson Mohawk lights coming, it’s going to be mental!”

The Modern Record: I can’t wait, it is sure to be something special. However, what can we expect from tonight? What’s scarier, here (King Tuts) or the Barrowlands?

Kerr: “To be quite honest, I would say tonight because we are debuting a bunch of songs tonight. So, that’s daunting. And the album only came out today, so inevitably people won’t know the songs like they know the other songs. I’m expecting the crowd not to be like the way a LaFontaines usually is. Hopefully I’m wrong! But, you know what it’s like, it could be the best song in the world, but if its new, people aren’t going to react to it like a song that they know. So were playing some older stuff as well to keep it flowing as a set. I hope it will be good! I’m really looking forward to it, but I’m pretty nervous at the same time.If you are playing to a room of a couple thousand people, it’s much easier than playing in a room of a couple hundred or less. You know when somebody doesn’t like you in a room like this. You can see them! You can hear them booing you!”

The Modern Record: I’m sure that won’t happen. If it’s like any other LaFontaines show, it’s going to be a night to remember! Thanks for chatting tonight, I will let you guys get ready. Congratulations on the new album and best of luck for the set.