All the way from the Dutch village of Wijhe, tonight’s openers Paceshifters have a great rocky sound to them. With vocal duties being split between all 3 members, and having the standard 3 pieces set up of guitarist, bassist and drummer, their sound is huge. The highlight of their set comes when they are joined by Frank Iero and the Patience’s guitarist Evan Nestor for a cover of Nirvana’s “Territorial Pissings”, with the now near full room on their side. Definitely a band to keep an eye on for the future! 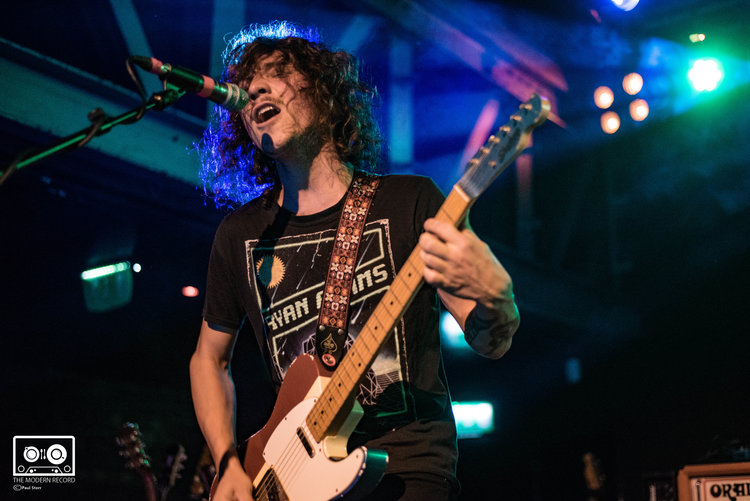 Taking the stage in quite possibly the best suit ever, up next we have Derek Zanetti aka The Homeless Gospel Choir. His brand of quirky acoustic punk has the whole room singing in full voice. With a definite political edge (each song is introduced as a ‘protest song’) there is also a hint of comedy throughout the set. “Musical Preference” from 2014’s “I Used To Be So Young” includes snippets of Rihanna’s “Work” and Taylor Swift’s “Look What You Made Me Do” while “Why?” deals with ‘holy wars fought overseas’ and questions why we all think so hard about the things we can’t change. 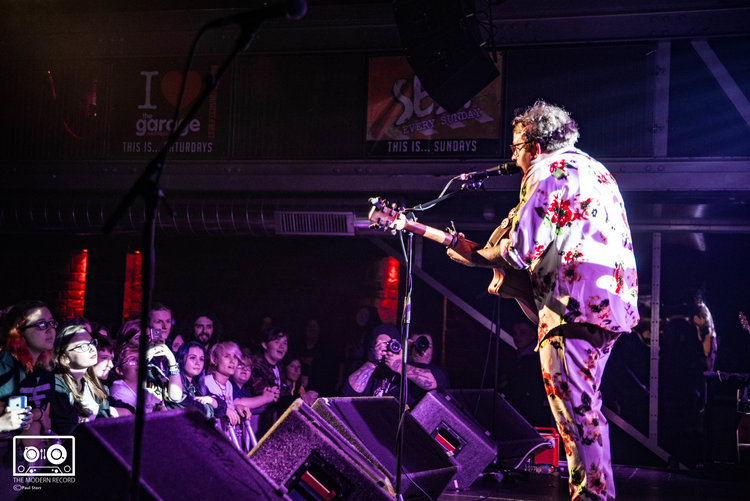 Main support this evening comes from Dave Hause and the Mermaid. Starting their set with a storming rendition of “Bury Me In Philly” they win the crowd over straight away. “C’mon Kid” is a HUGE singalong, as is “Time Will Tell.” With what now seems to be standard at every show, Dave spends a fair amount of his time in the front row of the crowd.

There’s a cheeky dedication of “Dirty Fu**er” to the ‘capitalist piece of sh*t’ Donald Trump, and a rousing cover of Tom Petty’s “I Won’t Back Down” which is dedicated to the late great man himself. We also get a Scottish music appreciation nod in the form of a snippet of Frightened Rabbit’s “Holy” during “Shaky Jesus” (Dave is a massive Frightened Rabbit fan) Overall, as with every Dave Hause and the Mermaid show, it’s a life-affirming affair and you’re left wondering how the headliner can possibly follow.

With the room now near capacity and the anticipation bursting in the air, Frank Iero and the Patience (formerly known as frank lero and the collaboration) come running out onto the stage. Having been a member of My Chemical Romance, Frank has also dabbled in many projects before this latest venture. From the hardcore punk quintet Leathermouth to digital hardcore band Death Spells, along with some solo releases, everyone seems to have a slightly different side to them. This latest one is a rock onslaught from the word go, and has the whole room going crazy. From crowd surfers to mosh pits, everyone in the building gets fully involved. The set consists of songs from 2014’s “Stomachaches” along with blasting rock from 2016’s “Parachutes” and this year’s EP  “Keep The Coffins Coming.” The highlight of the set has to be an amazing run-through of “Joyriding” where they are joined onstage by The Homeless Gospel Choir, who plants a big kiss straight on Frank.

Tonight is something special overall. It marks one year to the day since the band were involved in a near-fatal accident whilst travelling to a show at Sydney’s Metro Theatre, which resulted in hospital stints for them, and this show feels like a full-on celebration that they all survived.