FROM KING TUT’S TO O2 ABC IN JUST 5 MONTHS, DECLAN MCKENNA PLAYS A SOLD OUT SHOW TO THE GLASGOW FANS 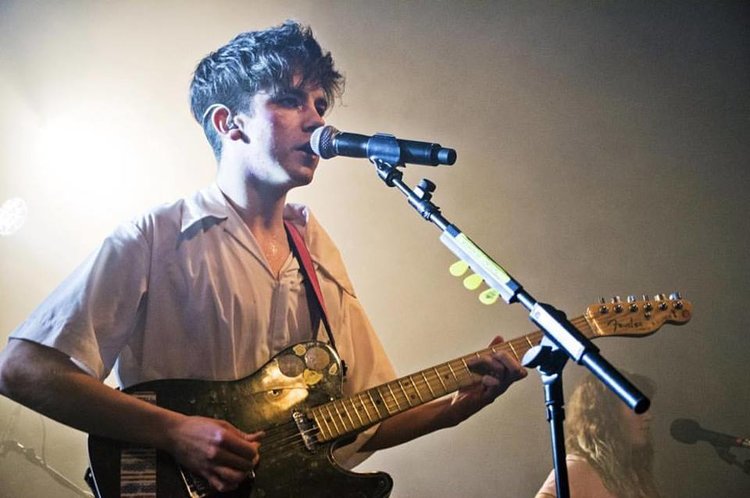 It’d be difficult not to mention the success and attention Declan McKenna has had in the past year or so at only 18 years old. The incredible young songwriter released his debut album ‘What Do You Think About The Car?’ in the summer of 2017 to much appreciation from fans and critics. Considering some of the songs featured on the album were written by Declan at 16 years old, it doesn’t surprise anyone how much this young man has achieved in such little time. If this was an album or song-writing review, McKenna would receive top marks from me, but unfortunately as a live performance, he didn’t seem to do his songs justice.
Whether Declan’s sound engineer was having an off-day, or if any other factors played a part, the sound they produced was not up to standard. During the opening song ‘The Kids Don’t Wanna Come Home’ which initially the crowd went crazy for, at one point the sound cut out completely, and the venue fell silent for a couple of seconds as the band continued to perform, oblivious to the situation. Flowing into the pop-ballad ‘Make Me Your Queen’ and b-side ‘Basic’ they managed to make up for the flaws, a bit. One of my favourite songs ‘Bethlehem’ didn’t seem up to scratch, with a couple of mistakes here and there, as well as the fact McKenna’s vocals were extremely hard to hear amongst the muddiness of the bass and drums, and this continued in the next song ‘Mind’.

As Declan and his band continued to play all the songs from his debut album amongst a number of difficulties, what I will credit them for was their power to keep the crowd bouncing along throughout the entire gig. The audience seemed to worship Declan everytime he came close to the front row, or spoke to the crowd. ‘Isombard’, ‘Why Do You Feel So Down’ and ‘I Am Everyone Else’ didn’t sound much better, but everyone on stage still seemed to be enjoying themselves and kept the crowd screaming and singing along. Having had to upgrade venues from The Garage to the 02 ABC, it’s not hard to see why as the place was filled back to front with admiring fans, whether they were aware of the faults or not. The final two songs ‘Brazil’ and ‘Listen To Your Friends’ seemed to sound a bit clearer but as the 70 minute set came to a close, it was tough to make up for a set which was fraught with mistakes and problems, from both Declan and the rest of his team.
As I said, I am a huge admirer of what this young superstar has achieved in a very short amount of time, and extremely happy at the success of his debut album. However, this time in Glasgow he just didn’t manage to put on a jaw-dropping performance, which is rather disappointing. In hope that this was just an off day for him and his band as he spoke about how ill they all were, I’ll be sure to be at his next show in Glasgow.