Fresh from their Forever land Europe tour, Orchestral pop band The Divine Comedy kicked off their UK & Ireland Autumn tour with a bang! Featuring a beautifully ambient and thought provoking acoustic set performed by support act Jealous of the Birds. 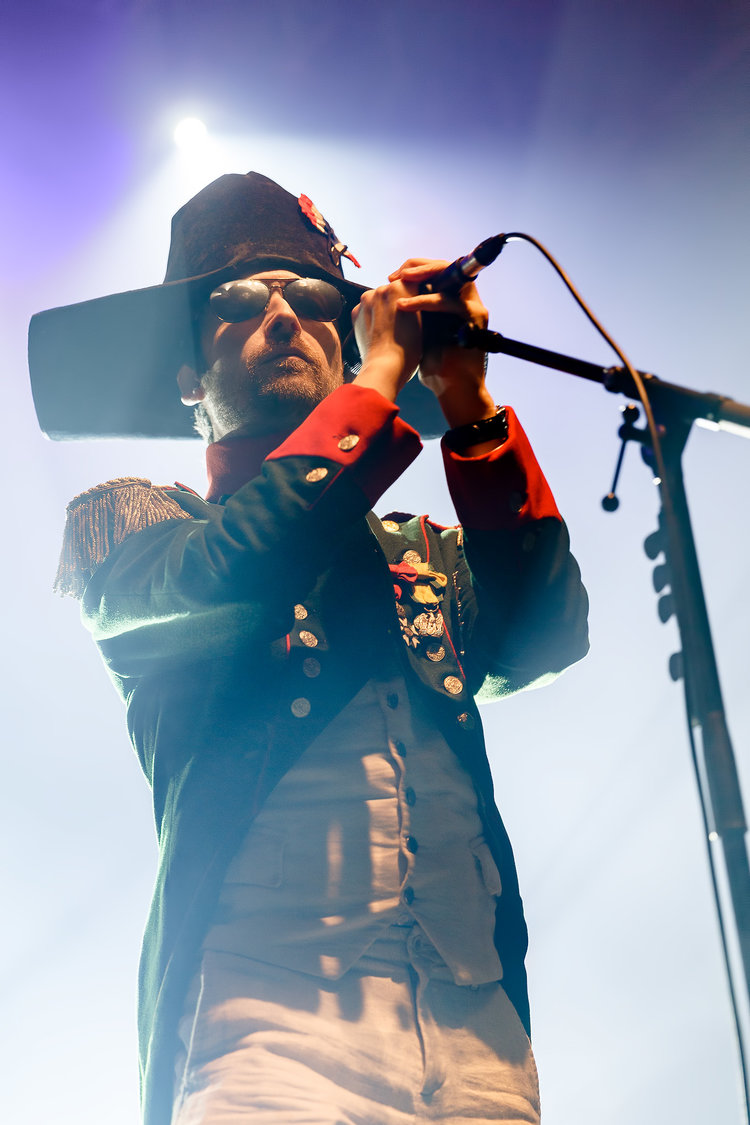 Opening the night with what is undoubtedly their most famous song, National Express, they had the entire Usher Hall singing and bouncing from the get-go.
The setlist was superbly crafted, with enough well-known songs to keep first-timers happy and plenty of rarities for the die-hard fans.
A stand out moment in the set was the three songs that front man Neil Hannon introduced as “songs about God, whether he likes it or not” (Don’t Look Down, The Plough and a beautiful rendition of Eye of the Needle, complete with candles and a table for Neil to sit at).
The 26-song set featured tracks from 9 different albums, as well as a cover of Where Do You Go to My Lovely (Peter Sarstedt) and a live premier of My Happy Place from Forever land. Neil Hannon’s on-stage chat and antics are second to none, making use of comedic props such as a blanket and flask (for a rendition of The Summerhouse) and a changing screen where he flung his clothes off to change into his now iconic Napoleon outfit.
The band were incredibly tight, mastering all of the different styles of music contained in a Divine Comedy setlist and offering perfectly sung backing harmonies on top of that.
The balance of the instruments was brilliant throughout and no lyrics or instrumental parts were lost in the mix, with the overall volume of the concert being at a comfortable level.
Cheered back on for the encore, the band fired into crowd favourite Songs of Love (famously the theme for the TV Comedy Father Ted) and upon saying “we have one more song for you”, everyone roared for more. Answering the crowd’s cries for two more songs, the band played Something For The Weekend (off 1996’sCasanova) and closed the show with a stunning performance of the Fin De Siècle album closer Sunrise, proving that at 47, Neil Hannon can still hit the high notes.
On a personal note, being lucky enough to be seated at the front of this concert was incredible, as the man himself hopped down and asked to sit next to me on the same seat, as well as help him out with a line in Our Mutual Friend into the microphone, that’s something I’ll never forget!