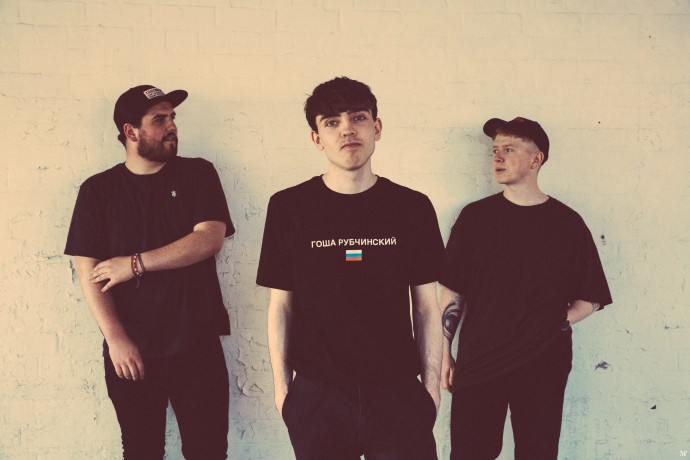 JAWS followed the Marsicans, not with the same amount of energy, but the now warmed up crowd were keen to jump and sing along to the bands tunes nevertheless. Even a mosh pit appeared in the crowd during a song in which no mosh pit should ever appear, ever. JAWS fed from the crowds’ support as their wavey sounds echoed through the huge cave-like hall. However, between songs the front man would’ve been better off not saying much at all as he gave poor attempts to chat to the crowd, commenting on the outside temperature about five times too many.

The band played an excellently tight, hour long set that included a three song encore. With nowhere to hide off stage, the band had no other choice than to stay in front of the adoring crowd before they began their encore.
JAWS’ sound mixes the likes of indie pop, rock and certain aspects of shoe gaze. Their fresh ideas are now starting to draw in a larger and larger following, and it probably won’t be too long before they are hitting bigger venues on their next UK tour.