On the sixth night of their “The Best of” tour, The Kooks came to Glasgow and gave the sold-out O2 Academy exactly what they came for. With a finely selected setlist from their repertoire of songs, The Kooks played 24 songs on the night; some classic singalong’s and a few lesser-known tracks.  With an accomplished and talented support act in Clean Cut Kid, and the act that everyone had spent their Friday evening listening to, the people of Glasgow witnessed a night to remember. 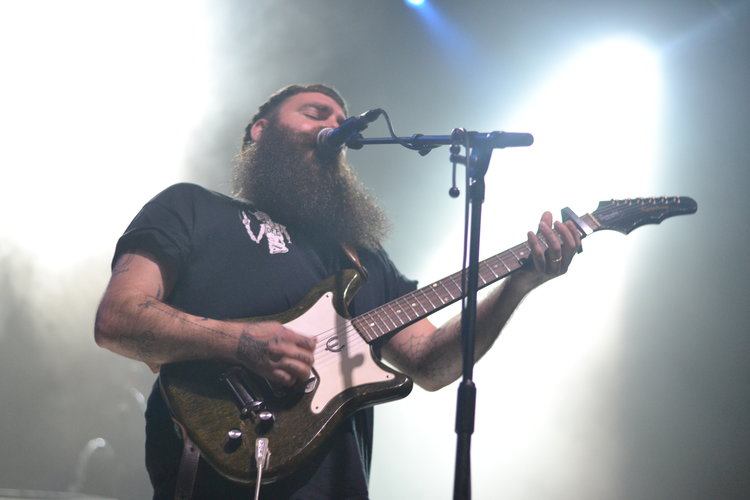 As the venue began to fill up and people starting cramming their way to the front, there was a definite excitement in the air. The majority of the audience seemed quite young yet the venue was packed tightly and the atmosphere was beginning to build as the support act came on. Clean Cut Kid, who are releasing their debut album Felt on the 5th of May, came out to a warm welcome and really but the excitement for the main act. Playing through their singles and album tracks their set included “Vitamin C” and “Leaving You Behind”. The vocals were very tight and the front three members, Evelyn and Mike Halls, and Saul Godman, created exceptional harmonies between them. Even though the lead singer apologised for his strong scouse accent, the band were very well receive and raced through their 40-minute support slot. They have two more dates in Glasgow lined up, supporting Michael Kiwanuka at the O2 ABC on the 1st of May, and then headlining King Tut’s on the 29th of May.

After a brief intermission, New Order’s Blue Monday came on, the lights went out and finally the Kooks had arrived. As the recognisable Glasgow chant rang out around the room the band came on, and started their set with the upbeat Eddie’s Gun. Quickly followed by You Don’t Love Me really got the crowd going and you could feel the floor bouncing. As the set moved on Bad Habit of their album `Listen’ got a very warm reception from the crowd who were busy moshing to the song. Down was very funky and there were a few members of the crowd cutting some shapes on the floor. The Kooks had an excellent and energetic stage presence, with lead singer Luke Pritchard dancing around the stage and clearly enjoying himself. While the set was filled with the classic songs that brought the Kooks to the level they are at, they played Pull Me In; a B-side of one of their early singles which was very catchy and by the end of the song the audience was joining in with the choruses. 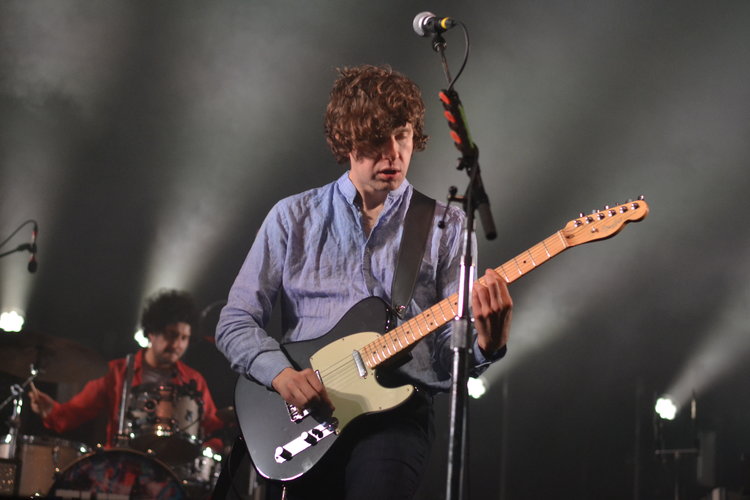 Even though Pritchard was playing an acoustic guitar, She Moves in Her Own Way was possibly one of the best songs on the set and the atmosphere was electric. The new single Be Who You Are was a real hit and even though it has only been out for a month the majority of the room was moving again and singing along. Forgive and Forget and Sway created a brief period during the concert where everyone just seemed to be focusing on the music more than everything, and really epitomised the calibre of the music being played. As a Scotland flag was being waved around by a girl on someone’s shoulders, Rosie slowed the set down in an acoustic version which just gave everyone a chance to catch their breath. This continued with See Me Now which Pritchard dedicated to “anyone who has lost someone recently”. The sombre part of the set was over, and after the first break in the set, the stage was isolated apart from a beatbox playing out Sweet Emotion, which the band came back on and played to kick things off again. They raced through the next three songs, and as the night was beginning to come to a close, they came to their next extremely popular songs in Seaside and Always Where I Need to Be which were both very tight and loved by the fans. Another highlight from the show had to be Junk of the Heart (Happy) which was truly exciting to watch and listen to and encouraged people to chant for more songs, as the band walked off stage.

As the band walked back, to a rapturous ovation, they played three of their best songs, which successfully rounded off their set. Around Town and Shine On were equally as good, but of course the set had to end with Naïve which ignited the crowd one last time. For those thinking that The Kooks had been and gone in the British music scene, this performance suggested otherwise, and if you get the chance to see them I would urge you not to miss them.