It’s been 2 years since Lord Huron last graced our shores. Their sophomore album, Strange Trails, was released in April 2015 and brought them for multiple rounds of touring throughout Europe that year. Since then the band have been hanging Stateside and for at least the last 12 months they’ve been keeping a fairly low profile. Not that they’re the kind of band to be choking up social media channels with incessant updates from the studio or tour bus anyway, but there’s the suspicion that this radio silence is a deliberate prelude to some big news. It’s coming. Since reaching the UK last week the band have posted 2 teaser videos online, hinting at what’s on the horizon, and at these recent shows frontman Ben Schneider confirms;  they’ve recorded a new album. There is much anticipation and, given the elaborate worlds constructed around the band’s two previous albums, the expectation for their next release is pretty big. A tour of this scale still comes as a bit of a surprise, however, especially falling outside of the album cycle; since the tour was announced nearly all UK shows have been upgraded to venues twice the original capacity, almost as soon as they were on sale. In Leeds, the show was scheduled for the Brudenell Social Club, where the band have performed previously, but instead takes place in the 1100 capacity Student Union complex at Leeds Beckett University. And it’s essentially sold out. Without the promise of new material or any promotional exercises, the band have grown a massive new following and a load of hype.

There’s a queue down the block when doors open and security are quick to get folk in out of the cold. It’s been a snowy day across the city and eager fans are keen to claim a spot at the front. The venue is already well packed when the opening act arrive. 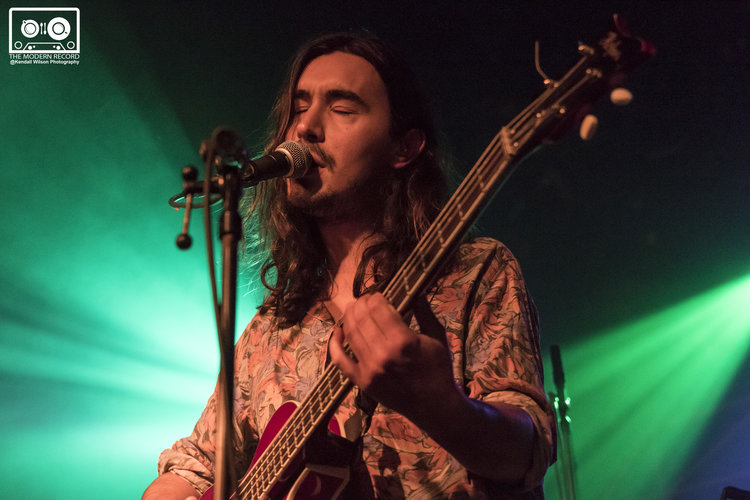 London band Flyte provides support for all European dates on this tour and you could hardly imagine a better opener. Their wonderful debut LP, The Loved Ones, is a modern classic in every sense, awash with glorious 4-part harmonies, swirling guitars and heart-wrenching lyrics. On record, they’ve drawn comparisons to the 20th century’s finest songwriters but in the live arena, they really deliver on the promise of that talent. Their a Capella rendition of Alvvays’  Archie, Marry Me easily rivals the original and is, in all honesty, a bit of a showstopper for first-time listeners. Beyond that, the cleverly crafted Cathy Come Home sounds like a youthful ELO, with creative energy to spare while the undeniable melancholy of Victoria Falls is soon forgotten beneath layers of lush vocals and synth. Band leader Will Taylor is affable in his Britishness, without being overly self-deprecating, he charms the audience while encouraging merchandise sales. Their set closes almost too soon with the Macartney-Esque single Faithless, all piano ballad and soaring harmonies, leaving the crowd in a heightened state of emotion. 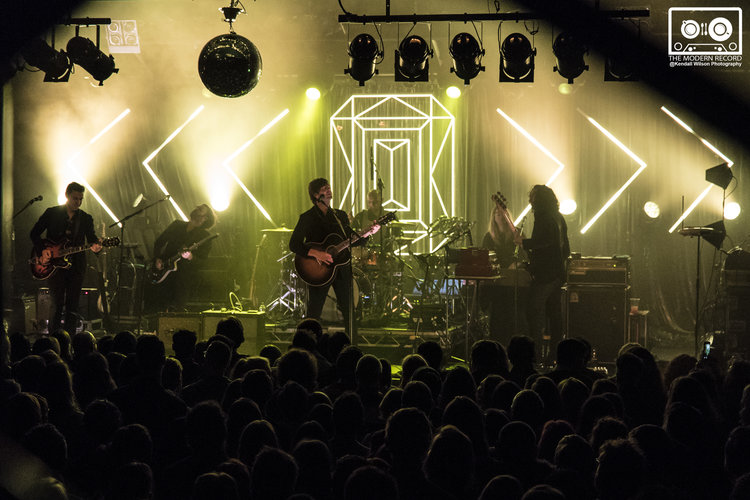 Lord Huron are renowned for their energetic live performances and from the first stamp of Ben Schneider’s boot it is on! Dark afterlife tale The World Ender has the crowd shimmying from the outset, followed by the ethereal Meet Me In The Woods quickly reminding everyone what makes this band so special. Not only are their songs filled with vivid landscapes, engaging characters and graphic, emotional narratives, they’re also really catchy and really danceable. It’s 3 such generous songs before we’re introduced to any new material, but it’s well worth the wait then. The new songs have an edgier feel, not that Lord Huron’s music is so easy to define but the new sound definitely suggests a heavier rock influence than previously. The live band has expanded to a six-piece too, that fills out the stage in front of a geometric light display – the same lighting design as seen in the recent teaser videos. The songs certainly benefit from this expanded production; dreamy, drifting new song Wait By The River flows gracefully into an interlude of birdsong and the delicately alluring tone of The Birds Are Singing At Night.

The room fades for a while. There’s more birdsong, then theramin, then more new music. The spell is finally broken as the band winds up into the atmospheric crowd favourite Time To Run. Dancing erupts and there’s singing along too. The jangly guitars are too irresistible. The band are clearly loving playing together and that joyful energy sustains through the elaborate finale of The Stranger. There’s enormous applause as the band leave the stage and eventually, they’re welcomed back for an expectant encore. The mirror ball at front of stage finally gets its moment, shining brilliantly over all the broken hearts in the crowd, in the loudest singalong of the evening, the achingly beautiful waltz of regret The Night We Met. The audience isn’t left to dwell on this moment for long as the show closes with an ever more lively performance of hit Fool For Love. The band leave once again and bereavement sets in. Still, no word on when this new album will materialise and after this early, unexpected run of shows fans can only guess when they’ll get another chance to see Lord Huron live again. Fingers crossed for an announcement any day now!