Opening the show tonight we have the tremendous Will Varley. With a lovely acoustic sound he is perfect for this occasion.

Starting his set with “As For My Soul”, it’s catchy singalong hook has everyone in full voice straight away. Throughout the set we get a variety of wonders from Will’s back catalogue, along with some from his forthcoming new album “Spirit of Minnie”, “Statues” being a highlight.

A fan shouts a request for “I Got This Email” which leads to Will explaining how he sometimes feels like a human jukebox, but that this is a good thing as it is nice to hear people request his own songs rather than getting shouts for covers of “Wonderwall”.

We get an amazing run-through of “We Don’t Believe You” in which Will urges everyone to singalong, even if they don’t know the words because “it’ll be f*cking funny!”

It’s not long before the fan gets their request of “I Got This Email” and the set is then finished off with “King For A King”.

“Spirit of Minnie” is released on February 9th and we cannot wait for it! 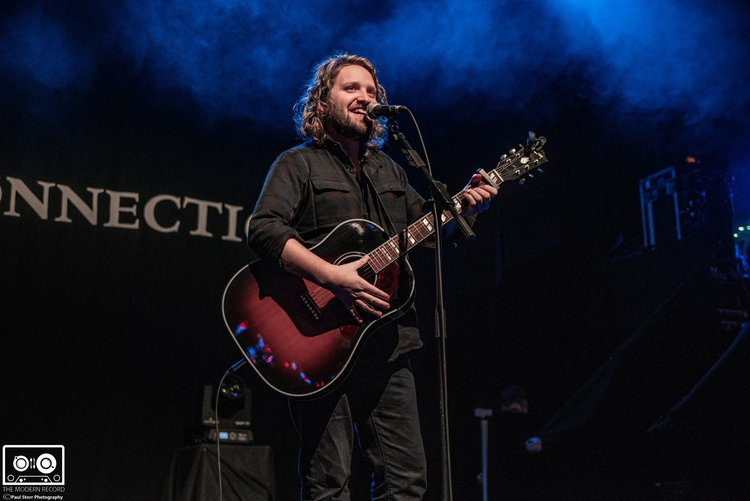 The noise from the crowd reaches insane new levels as Frank Turner takes to the stage. “Good evening Glasgow! Welcome to show number 2133!” Yes, you read that correctly. Show number two thousand, one hundred and thirty-three. Frank Turner is a relentless touring machine, with each show being a faultless masterpiece, and tonight is no exception.

In a move which is one of the boldest to pull off (the man himself states that he feels very brave attempting it) he opens the set with new song “Get It Right” from his forthcoming, as yet untitled new album. We’re promised news of the release next week, which gets the crowd going even more wild.

It’s not long though before Frank is whipping the room into a frenzy with fan favourites “Get Better” and “If Ever I Stray” getting the sold-out venue singing back in full voice.

We’re told how many of his songs are played at people’s weddings, and Frank muses that this always leads him to wonder why? As the majority of them are break up songs. This is before he launches into “There She Is” from his latest release “Songbook” which is a love song through and through.

The setlist itself is a thing of joy, with some new songs (“1933 and “Be More Kind”, both which sound superb) mixed in with all of the older fan favourites.

Before every show Frank always receives numerous requests from fans, and he uses the next section of the evening to play some of them. We’re treated to “Sailors Boots” and a cover of Million Dead’s “Smiling At Strangers On Trains” before he hits out with an amazing rendition of “Reasons Not To Be An Idiot”.

2017 marked 10 years since the release of Frank’s first solo album “Sleep Is For The Week” and 2018 marks 10 years since “Love Ire & Song” which he signifies by playing “Once We Were Anarchists” from the latter. 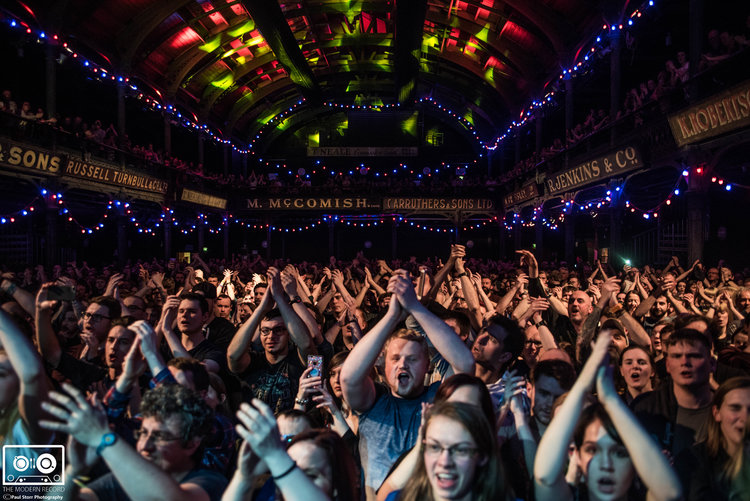 The sell-out crowd provide the backing vocals for “The Next Storm” as Frank’s usual band ‘The Sleeping Souls’ are “sleeping” and this continues on into “Polaroid Picture”, which finishes the main set.

Jokingly wandering to the back of the stage and crouching down for a minute or so to simulate him heading off and leaving the crowd chanting for an encore, it’s not long before Frank is back.

For the encore we get “I Am Disappeared” along with a phenomenal cover of Queen’s “Somebody To Love”, including Frank and the crowd singing the guitar solo in unison, before the evening is finished off with blistering run-throughs of “Photosynthesis” and “I Still Believe”, which sees Will Varley making an appearance to play the harmonica.

The night overall is a thing of beauty, and if you ever get the chance to see Frank Turner or Will Varley live, make sure you take it!