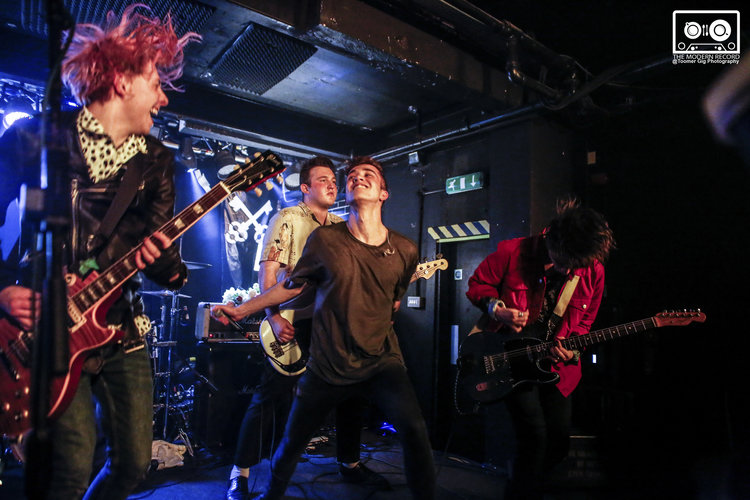 Forming in London in 2012, the close-knit five-piece have experienced a steady rise in popularity that really came to notice in 2016: the band have played as supports for Hands Like Houses, Frank Carter and the Rattlesnakes and You Me at Six, as well as appearing at major festivals such as Reading and Leeds. This year is the beginning of something special as they finally release their first album in January 2018. Who knows what is in store this year? 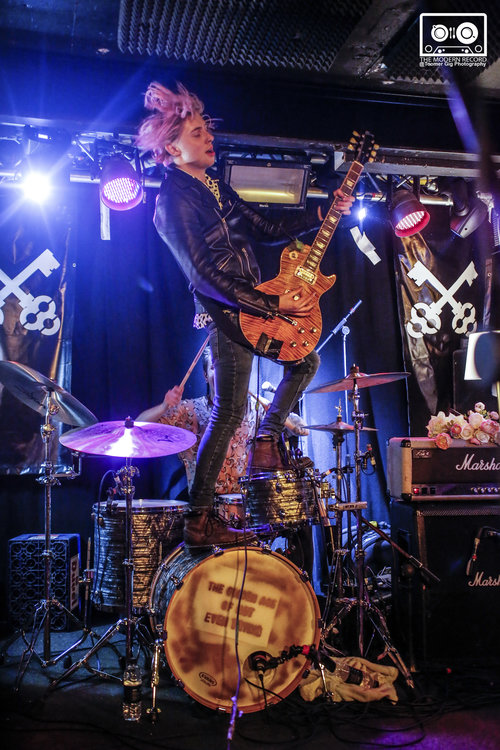 I was lucky enough to see this band 2 years ago in exactly the same venue but tonight’s gig was a completely different experience. Dead! hit the flower covered, lamp adorned stage with an energy and style I have never seen before. Lead singer Alex Mountford’s voice and persona is the driving force behind this brilliant band, the way he sings and moves on the stage brings to life the words that he has written. W9 a favourite song of mine talks about living down in London (having to share a room with two other band members) and the wonder that is Camden is brought beautifully to life. Each of the members has an electric stage presence that draws in the audience, my eye is often drawn to the drummer with a crazed smile on his face below a perfectly groomed moustache while twirling his stick in the air like a pro…. or to guitarist Sam Matlock who can be found stood on the speakers at the front, knelt on the floor or perched atop the drum set ready to perform his guitar solo. 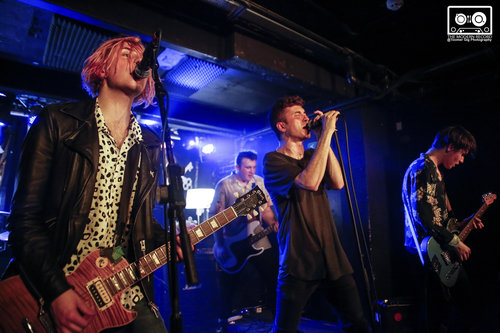 The audience are now different too, they are more interactive and now see the potential this band has to be great. Pushed up against the stage, bounding and moshing along in this little venue sining along to every word, Dead! have a core fan base that love their music, but I don’t think they will be playing these smaller venues for long.

Dead! Have been rising to the top for a long time. It is now their time to shine as one of the best bands of 2018. If you haven’t already seen them, go and catch them on the rest of the UK tour.