The Caird Hall in Dundee holds a special place in my heart. It’s where I attended my first ever ‘proper’ gig, Big Country, in December 1984, and also where my parents watched me graduate.

Clearly, it has a hold over Captain Sensible as well as he exclaimed his love of the place, not surprising given the incredible reception the Damned received from the large, enthusiastic crowd.

There was a real buzz about the support act – rock ’n’ roll icon, Slim Jim Phantom of the Stray Cats, and his band, James Walbourne (guitar) and Nick Wilkinson (double bass), both of the Pretenders. Running through a super tight set of rock-a-billy influenced originals, as well as some classic covers of tracks from the Stray Cats, Eddie Cochrane and Carl Perkins, the effortlessly cool Mr Phantom, had the crowd begging for more at the end of their 30 min set. 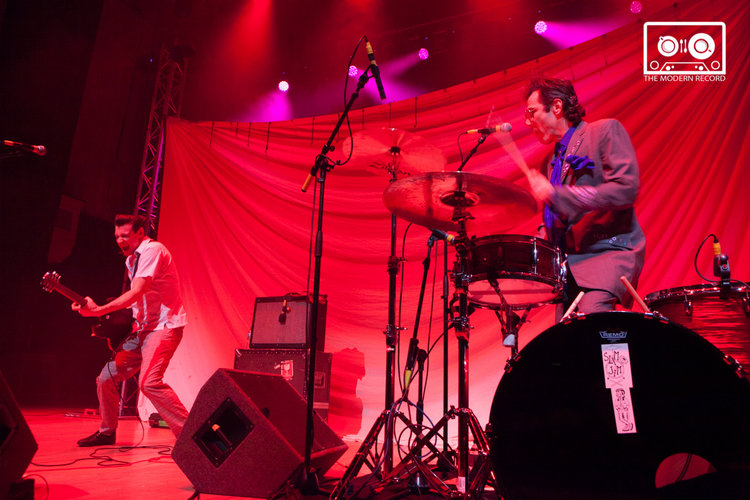 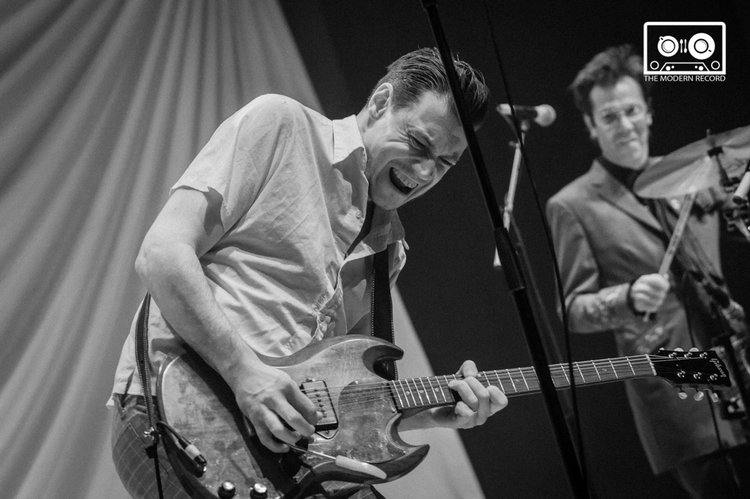 For a ‘punk’ band, the Damned have always gobbed in the face of the genre’s ethos, with their more theatrical, humorous, and unashamedly melodic approach than the more revered bands from the scene.

For this tour, the two original members, ever-vampiric Dave Vanian and Captain Sensible are joined by eccentric long-term keyboardist Monty Oxymoron, drummer Pinch and early 80s  bassist Paul Gray, who slipped back into his role without a hitch.

Kicking off with a supercharged ‘So messed up’ from their debut, then two from the ‘Black Album’, the band clearly meant business and were received energetically by a crowd whose prime moshing years were well behind them. The rest of the set drew pretty evenly from the band’s back catalogue and the new ‘Evil Spirits’ LP. Highlights included ‘Standing on the Edge of Tomorrow’, ‘Antipope’, ’New Rose’, ‘Street Of Dreams’ and ‘Eloise’ from 1985’s ‘Phantasmagoria’ and ‘Ignite’ from ‘Strawberries.’

Throughout, Vanian and Sensible were perfect foils on stage. Sensible is a born entertainer who can engage a crowd in a matter of seconds with a wisecrack or rock-god guitar pose. Vanian, on the other hand, is more subdued, rarely drawing attention to himself and more often than not hiding his face behind his large retro microphone. But when he does catch your eye, it’s hard to watch anyone else as he punches out the lines in his rich baritone.

‘Neat Neat Neat’ finished off the main set in frantic style, leaving the crowd crying out for more. When the band returned, thanks to a technical problem with the Captain’s guitar, we were treated to an impromptu sing-along

rendition of his 80s hit, ‘Happy Talk’. Once the guitar gremlins had been expelled, they played four more tracks, finishing with the anarchic anthem ‘Smash it up’.

Maybe their days of literally smashing it up are long behind them but the Captain summed the evening up pretty well with his parting quip “We’ve still got it, you bastards – and so do you!”