As soon as we enter the venue tonight London’s Wide Awake has already got the party started. Although the crowd is sparse with everyone still filtering in, they do well in getting those here moving.

Crowd interaction plays a big part in their set, with members CJ Beatz and Jordan Crisp launching out free t-shirts to encourage everyone to move forward and get involved. 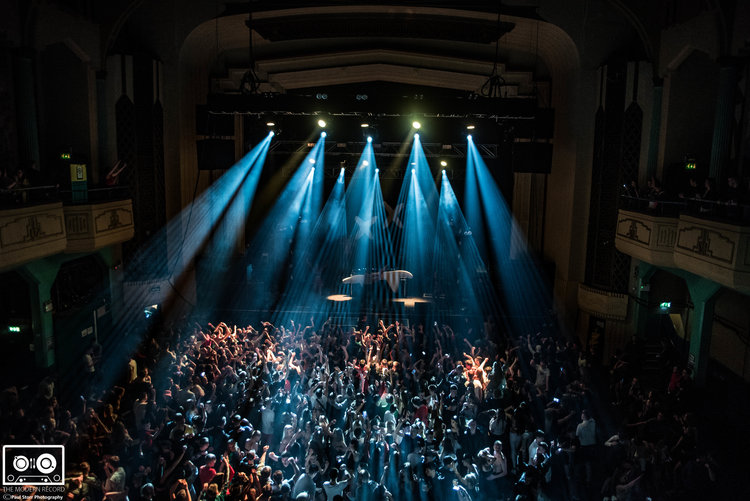 Steve Aoki takes to the stage, and if we thought the crowd were wild for Noise Cans, we were blown away by the energy they poured out for the man himself.

Opening with his remix of “Utai IV Reawakening” (famously used in the Ghost in the Shell movie soundtrack), Steve bounces along with everyone and you can tell that this is a man who is enjoying his performance just as much as his crowd.

We get a touching tribute to the late, great Chester Bennington when he performs his remix of “One More Light”, which is accompanied by many videos of him with Chester and the rest of Linkin Park being displayed on the giant screen behind him.

The audience doesn’t let up at all the whole evening, with the O2 Academy becoming a sweaty mess of bodies flying everywhere, cutting shapes and dancing to their heart’s content. 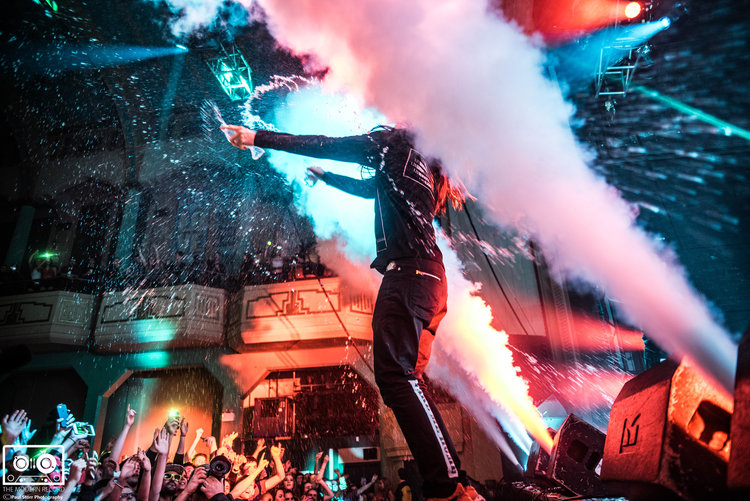 Newest release, the “Kolony” EP, is played in full along with Dimitri Vegas and Like Mike’s “Crowd Control” which sees two crowd members pulled up to dance along the stage with Steve Aoki, one of which has a Kolony tattoo on his leg that he gets to show off to Steve.

The highlight of any Steve Aoki set always comes in the playing of “cake face”, and in typical fashion, during the song, Steve throws cakes (cleverly branded with his ‘Dim Mak’ record label name) into the wanting bodies of the sold-out venue.

Overall, the night is one huge party and if you ever get the chance to catch Steve Aoki live, make sure you bounce along!

CHVRCHES – “GET OUT” – SINGLE REVIEW