After releasing their brand new album “Vaxis – Act I: The Unheavenly Creatures” at the start of October, Coheed and Cambria bring their Unheavenly Tour to the UK to play a set full of new songs and fan favorites.

Opening up Glasgow’s SWG3 venue, first of all, was the Californian math rock band CHON who was the only support band of the evening and delivered an extremely tight set consisting mainly of impressive instrumental tracks. Favoring more to let the music talk due to the technical nature of the songs, there was not too much movement around the stage however their set was still joyful to watch with the band looking like they are enjoying the eager response from the crowd. 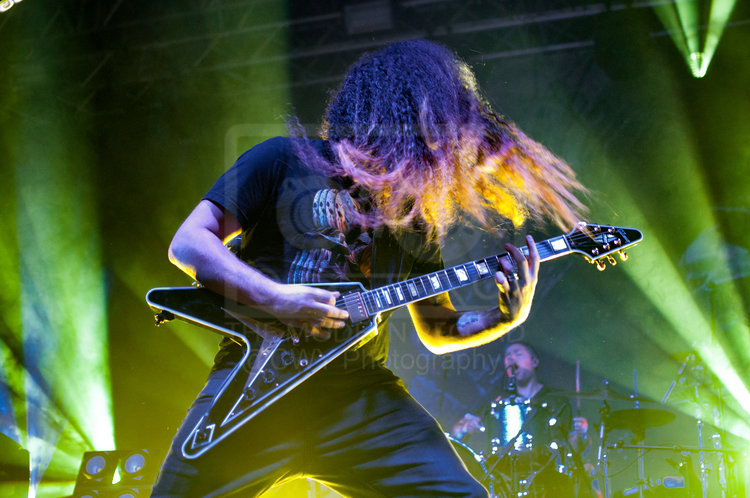 The lights dimmed once more again and finally, Coheed and Cambria took the stage and began with opening tracks from their new album “Prologue” and “The Dark Sentencer” and the crowd was in the palm of their hands from the start. New tracks like “The Gutter” and album title track “Unheavenly Creatures” sound excellent and slot into their set perfectly. Fans were also treated to a large number of older songs, with highlights being “Here We Are Juggernaut” and the ever catchy “A Favor House Atlantic” getting the sing-along it deserves. Frontman Claudio Sanchez is effortless and lively, throwing himself around the stage when he can and spurring the crowd to sing back the lyrics. Closing off with new single “Old Flames” then coming back on stage to deliver a crushing rendition of “Welcome Home” with Sanchez bringing out his infamous double-neck Epiphone as usual, Coheed is back with a bang. 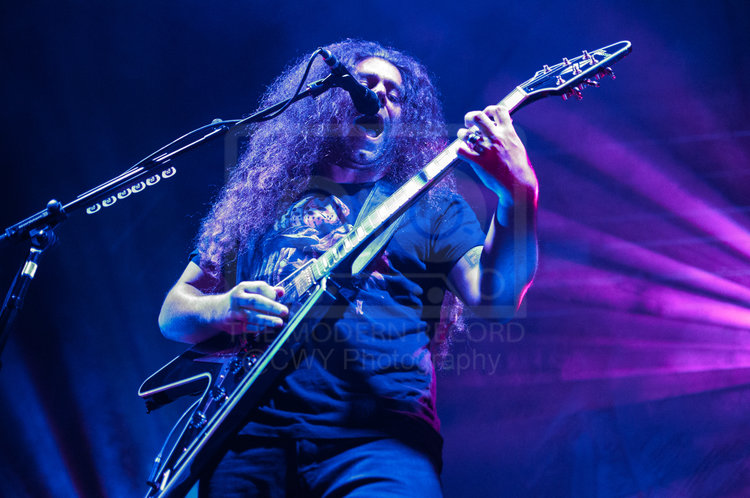