Birmingham’s indie rock stars, Editors, stormed the Barrowland Ballrooms, delighting the crowd and over-coming the day before show cancellation due to illness. As Aberdonian fans received the news that band frontman, Tom Smith, was suffering from a heavy cold that caused that evening’s performance to be canceled, Central Scotland held their breath in hope that the following day’s show would go ahead.  But thankfully, for the lucky attendees, the group took to the stage with an unwavering performance; well-hidden was any trace of Tom’s ill health. Support for the band, Talos, was also very memorable and fitting and a particular highlight for this reviewer. Those who considered the evening and turned it down missed top-notch performances and Editor’s superb demonstration of how they made their name.

Support Talos took to the stage and played a surfer rock performance in which members of the group often took to playing their guitars using bows. This created a wavy sound that was unique, uplifting and refreshing. The vocals were delivered, at times, in a stunning falsetto that was suited perfectly to their melodies. Their songs spoke of modern youth in such a way that pleasantly expressed solidarity. 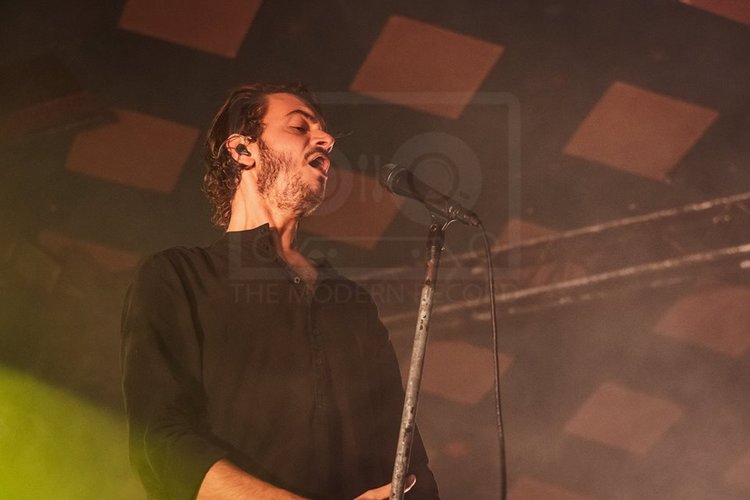 When Talos left the stage, their sound was a clever lead in to the synth-y, post-punky, indie Editors, they had created an excitement that rippled across the crowd. And when they appeared, playing ‘The Boxer,’ Tom’s voice steadied the applause as every ear wanted to hear his deep distinctive sound in its full glory. The fans were transfixed. More lights, then, flooded the stage as the band launched into their second song, the rocky ‘Sugar.’ With more of the crowd now starting to throw their arms up and really enjoy themselves, the band played the single off their newest album ‘Hallelujah (So Low)’ and it was met with a wonderful reception. This song was obviously well known and loved by the sheer volume of the crowd, singing in time with Tom.

Next, the band played some older favorites including, the harder ‘All Sparks’ and melodic classic ‘An
End Has a Start.’ The crowd was sea waving arms and bobbing heads, the energy was electric; the band’s performance was exceptional. From here the setlist alternated mainly from the 2005 album ‘The Backroom’ and 2018 release ‘Violence.’ The latest release from the band shows of their harder sound while still keeping the powerful synth. ‘A Tone of Love’ was sounded out and visible joy erupted from the fans for this stunning, spirit-raising track. 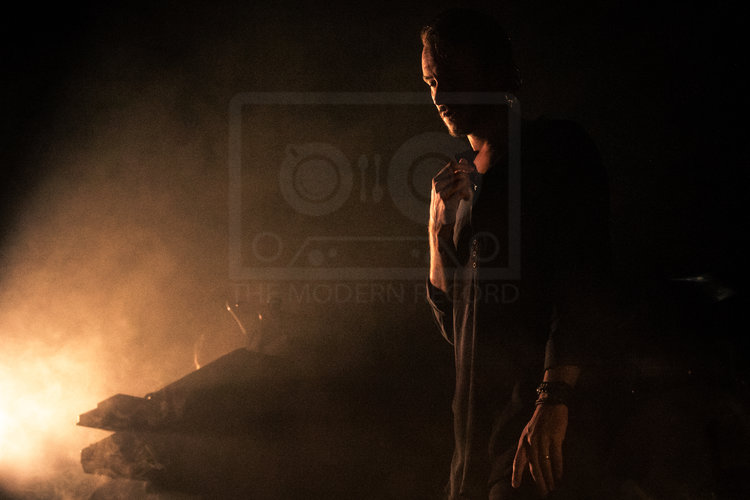 Sealing up the set the band played four huge Editors favorites, ‘Ocean of Night,’ ‘Blood,’ ‘Papillon,’ and ‘Magazine.’ These foot-stomping indie anthems sent the Barrowlands into a frenzy. The members of the crowd had clearly been anticipating these tracks and their delivery was nothing short of perfection.

A four-song encore was a gift for the fans at then of the night, where the brilliant ‘Smoker’s Outside the Hospital’s Doors,’ and ‘Munich’ featured. Here was the only point where, in this reviewer’s opinion, it was evident any weakness in Tom’s voice though, after the previous night’s new and the night’s display, it was a sign of triumph. The band bowed and hopefully knew what everyone in the building knew, they had played an unshakable performance.

All members of the group had an endearing stage presence. The beautiful vocal additions from keyboardist, Elliott Williams added even more depth. Bassist Russell Leetch was charismatic on stage, drawings eyes to him with his clear enjoyment of working for the crowd. His smile, infectious, and his sound, sublime. Tom Smith evokes an Ian Curtis-like presence in front of the crowd with his jerky, rhythmical moves. The stage was fitted with an immaculately timed light display that was suited to each song. The night was unmissable and any illness almost undetectable.