There are certain bands that you see in a live setting and you know they were made for much bigger shows, I’ve watched Anteros for the last couple of years grow into the formidable gig outfit that they are right now.

They have all the right ingredients – a tight muscled musical background of Harry Balazs (drums), Jackson Couzens (guitar), Josh Rumble (bass/keys), and an always impressive, confident frontwoman in Laura Hayden.

Hayden has the style and sassiness not seen since Blondie’s Debbie Harry strutted along to Denis in the late ’70s.

But first, we have local band Ormstons doing a quick 30 min set as support. An emotional night for singer Jess Huxham as she is a big fan of Anteros herself and does a fantastic job of showcasing their songs, particularly one called Love which was only written a few hours earlier – nothing like performing it live for the first time in front of a decent turnout in your hometown to give you the jitters. 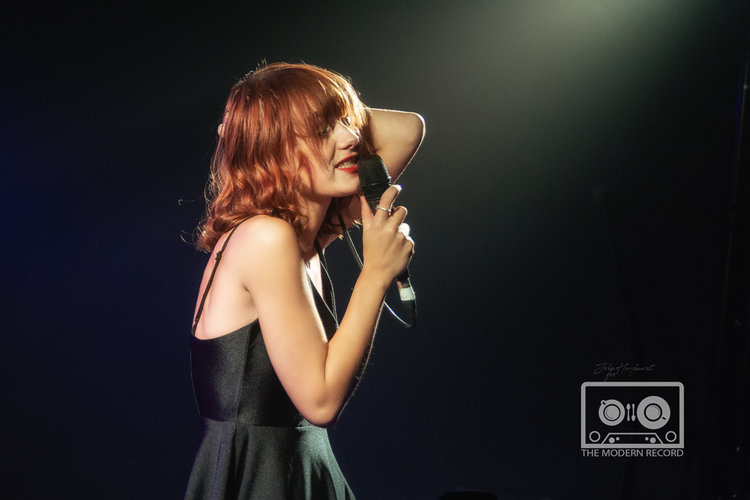 Anteros also have some newer material to play alongside older tracks that are now honed down to a perfect punch of power pop. The setlist is ready for inclusion in their debut album When We Land – although we are going to have to wait until March 1st next year for that!

Bursting on to the stage Cherry Drop has been their regular opener for a while now, it still has some fire and produces immediate response from the mostly female fans in the front standing rows. Championing female gender in music Hayden revels in her icon status here, she shimmers, pouts, lip curls, and snarls – whilst always remaining in control.

Next, up a newer release Call Your Mother which has more than a few nods to the chorus in Dreaming or Union City Blue, but it is a mighty live number and could rival some of their older tracks like Breakfast as popular bouncers.

A highlight of the night came when Laura opens with the first verse of Nancy Sinatra’s Boots is Made for Walking. You can even buy a boot on the merch desk, but this only serves as an intro to a much dirtier and funky sound of Drunk – with its infectious earworm of a chorus “I’m so drunk and in love with you”. A slice of sunshine pop music with a sugary hook that is quite superb. 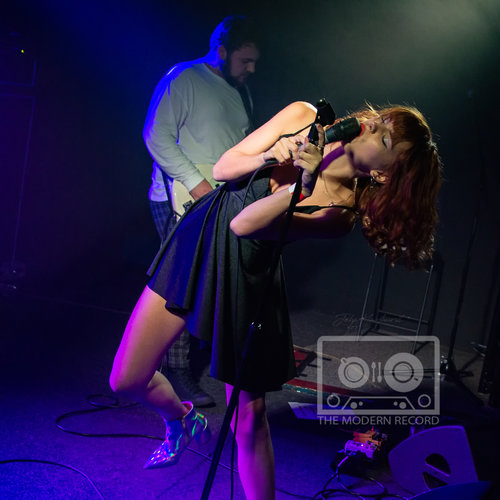 Latest release Ordinary Girl (written for Laura’s baby sister) has power ballad tendencies and does slow things down slightly, but it isn’t a permanent move as they invite Jess Huxham back on stage to sing fan-favorite Bonnie with them. Laura gets as many females on the stage as possible to show even more girl power in Leeds, with most of the male population of the Wardrobe recording all of it on their mobile phones.

“Anyone fancies some Breakfast ?” she enquires, “Yes I’m bloody starving” shouts one bloke at the back of the room, bringing a lot of smiles to their faces and after that lively track the last shred of sunshine is ringed out as slow burner Anteros brings the show to a close. There is no need for an encore, they have played the album – all ten tracks (plus ‘Boots’) and every sweaty girl (or boy) left with ears ringing and a new favorite band.

Anteros continue to move up the live band status ladder, and if they are not headlining some larger venues in 2019, then there is something seriously wrong with the music industry.