Bristol punk rockers Idle arrive at the Glasgow QMU for their sell-out gig.  A packed out crowd, an electric atmosphere, and an eagerly anticipated show.

Support was by fellow Bristolians Heavy Lungs, who stormed the stage getting the audience all set for what was to come later.  Heavy Lungs are Danny Nedelko on vocals, Oliver Southgate on guitar and vocals, George Garratt on drums and backing vocals, with James Mitchell on bass.  Impressing the crowd with tracks from the recently released Abstract Thoughts EP, the tagline from the release says ‘five tracks of gut-busting, slow-roasting, latte-sipping, neck-crunching, spot-popping, disco-dancing, rodeo-ranch in rock & roll music.’  Hard to argue with after their short support set. 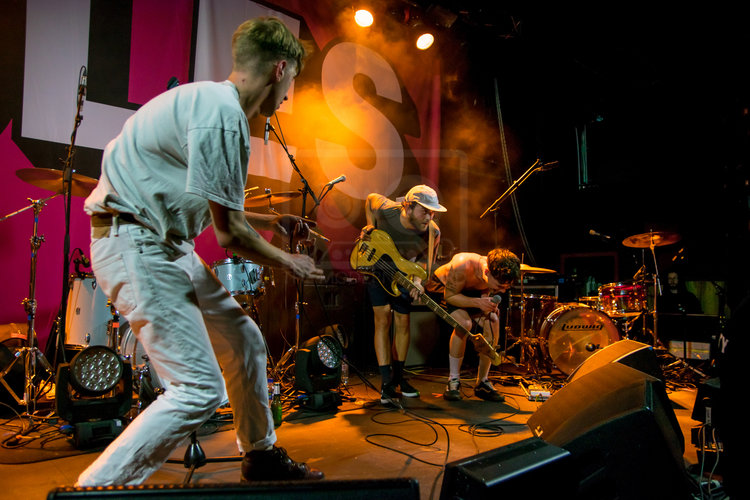 And onto the main act, Idles.  Queen Margaret Union is a smallish venue, with around 400 capacity, with some major acts making a name for themselves at this venue over the years.   The venue was buzzing when the lights dropped and the band entered the stage, one by one.  The number of folk outside hoping for a spare ticket as proof of how big an evening this was going to be.  Opening with Colossus, then Never Fight a Man with a Perm, it easily noticed the songs have a meaning and substance. Subjects like the NHS, Immigration, etc, topics the crowd could identify with.

Guitarist Mark Bowen entered the stage dressed in a short pair of trousers with the temperature heading to around 300 degrees, almost as if he knew the venue would soon resemble a sauna.  He never helped himself cool down as he prowled the stage all night, bouncing about as if he had rubber legs, and at one point diving into the crowd with a spare mic for the crowd to assist on backing vocals for Danny Nedelko.  Just watching him was exhausting! 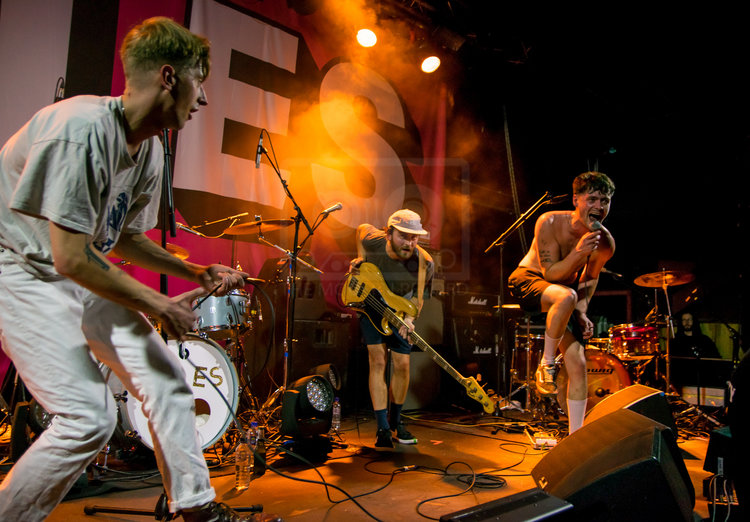 Joining Bowen on stage were Joe Talbot, Lee Kiernan, Adam Devonshire, and Jon Beavis. The band had the crowd going from the stomping 1st beats of the evening set, thru to the track Exeter when a number from the audience got up on stage with their heroes. As the last notes from Rottweiller faded into the night air, the huge crowd who expected so much all left more than satisfied and completely rocked out.I’m sure it’s only a matter of time before we see Idles playing bigger and better venues, definitely a band going places and with a future ahead of them, only they can control.