Critically acclaimed band Alt-J arrived in Manchester on a sub-zero night as part of their tour on the back of the recent release of ‘Reduxer’ which is a hip hop reimagining of their ‘Relaxer’ album release in late 2017.

Currently, they are touring as a 3 piece format made up of Thom Sunny Green on Drums, Gus Unger-Hamilton on keyboards and vocals, and Joe Newman on guitar and lead vocals.

It has to be said that the evening didn’t get off to the greatest of starts as the venue had to be evacuated, literally just as the band was about to go on stage due to a small fire that had been discovered. However, after 45 minutes the all-clear was given and everyone was back inside with the good news that despite the delay, Alt-J was still going to deliver the full set.

The expectant all seated crowd within the venue were not disappointed when they launched into ‘Something Good’ from their debut album ‘An awesome wave’. 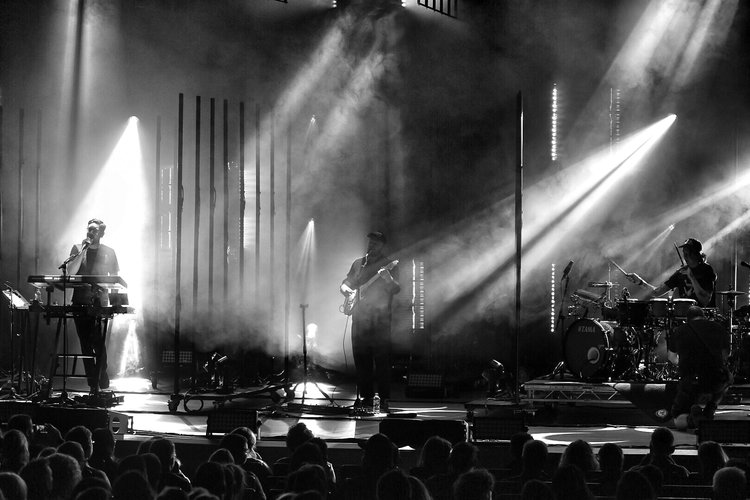 Many people have tried to label this band but the beauty of them is that this is quite difficult to do. There are elements of dance, blues, folk, and even choral music amongst their set. One moment it’s the almost grungy ‘Every other Freckle, and then you’re floating on fluffy clouds with ‘Adeline’.

It’s worth commenting that their stage set up for this tour is striking in its darkness and they all appeared to be in their own little electric grid zones. Virtually no front lighting at all made for an interesting and unusual visual treat and reminded me of Kraftwerk’s live show.

Sadly due to the late start of the show, this reviewer had to leave before the encore which was a pity as ‘Cold Blood’, (zero, one), and ‘Breezeblocks are 2 of my personal favorites.

What this evening did confirm to me was that Alt-J is unique, hard to label, and very much at the top of their game. It’s not everyone that can deliver sold-out gigs at the Royal Albert Hall on a tour and their numerous awards for various tracks and albums is in my opinion well deserved.

If you haven’t got a ticket for the current tour you’ll struggle to get one now, but I would urge you to catch them live the next time they’re out on the road. 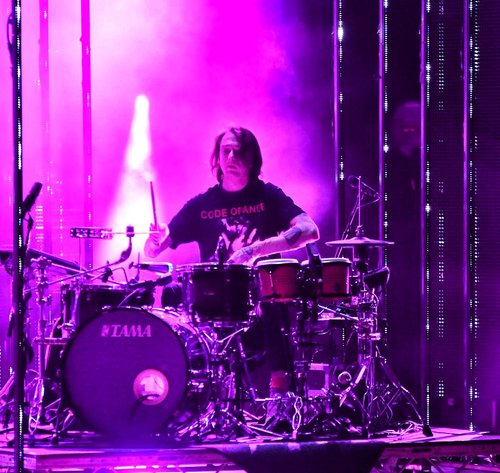