It’s a cold night in the Newcastle ‘toon’ but the heat is about to be switched on inside the O2 Academy when Jorja Smith steps out of the shadows at the back of the stage to walk to her mic and effortlessly opens the Lost and Found title track with “Why do we all fall down with innocence”. She’s still only 21 years old herself, but her lyrics belie that age by at least another 10. Standing there is a contender for new British RnB champion, but to limit her with just one genre would denigrate her obvious ability to straddle Jazz, Funk, Soul, and even Hip-Hop. There are elements of Amy Winehouse, Lauren Hill, and Sade in there, she has a soulful voice that could melt ice and hearts with one line, every flick of her plaited hair and glance in their direction is greeted by a scream from the girls who desperately want to be her right now. This could go stratospheric into Adele territory in the next few years if she can hold on tight to this crazy musical spinning roundabout she has jumped on since winning the Brits Critic’s Choice Award. Keeping her cool isn’t a problem though, she has spent the last five years honing her talent and the selection of songs for her debut album released in June 2018. This is her first proper tour supporting that album and unsurprisingly she has all dates fully sold out.

Backing her tonight is a talented band of young musicians, thankfully it’s not a DJ & backing tapes only job, this only enhances her reputation as a formidable live talent, not just a special guest vocalist for the likes of Stormzy or Drake to promote, Smith is a rising star in her own right and yet it wasn’t long since she was working as a Barista in Starbucks. 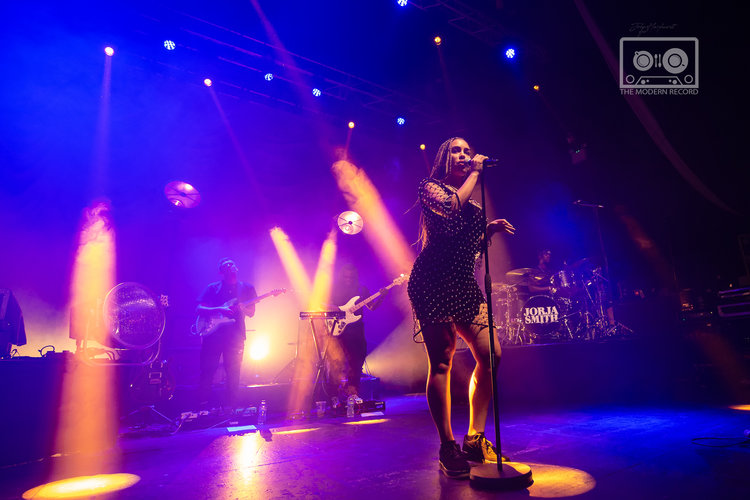 Teenage Fantasy is sung back word perfect to her by those going through exactly that, these are intimate emotional songs that connect to her audience directly, you can see that in their eyes. Blue Lights provides some spine tingly goosebump moments, mixing rap and perfect pitch whilst she sways gently, never breaking a sweat or overdramatizing her position. Smith doesn’t need those theatrics or a team of dancers to back her up, in the way that her peers do. The voice is enough, and her sophisticated and strikingly beautiful features are matched with a subtler poise more suited to a jazz or soul club than a grime nightspot.

Don’t Watch Me Cry hits new highs holding everyone in a rare quiet moment as her voice carries across the room and over the Tyne Bridge, a highlight of the show and not a dry eye in the house at the end – this girl will be huge in the coming months and years. I would say you must get a chance to see her live, but as it is all sold out – you’ll have to wait for the next tour and watch those Brit awards next year, if she isn’t nominated for album and female singer it will be a travesty. 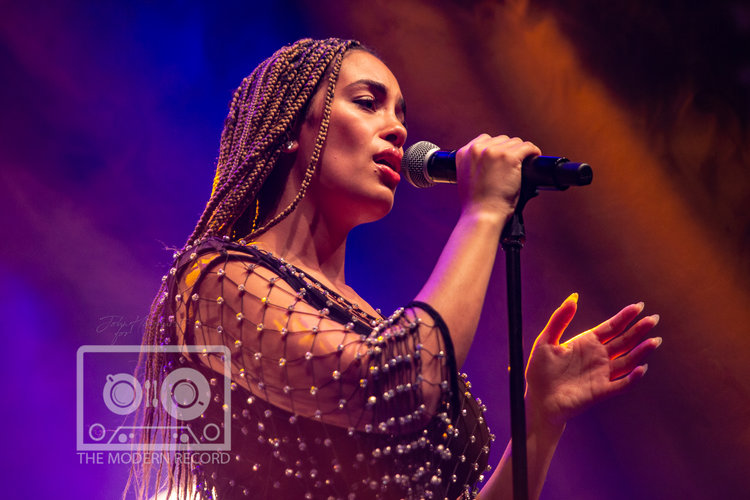