It’s the first night of his tour and where better to start it than good old Glasgow? Having seen Tom live before in Glasgow I had an idea of what to expect for the night ahead at another SOLD OUT show, this time taking place at my favorite venue ‘The Barrowlands’.

The floor was now packed out and the crowd was getting ready for Tom to enter the stage. The lights dimmed down and the music stopped leading the crowd into an erupt of screams. Out came a happy energetic lad ready to smash the stage, bouncing right into his first song, already the crowd was singing along and dancing around which didn’t come to an end the whole night.

By song 4 I could hardly hear Tom singing from the noise of the crowd singing back to him, it was definitely a step up from his last Glasgow show, and by the look on his face, he felt the same. I loved watching his stage presence dancing around the stage and encouraging the crowd to dance along.

Halfway through his set, he stopped between songs to chat with the crowd and ask for complete silence for his next song that he was doing acoustic. As the crowd got quiet, a few I love you’s came from the crowd before complete silence filled the room and he began singing with his beautiful raspy voice echoing through the room, of course, the drunken punters couldn’t help themselves singing along to the lyrics though. 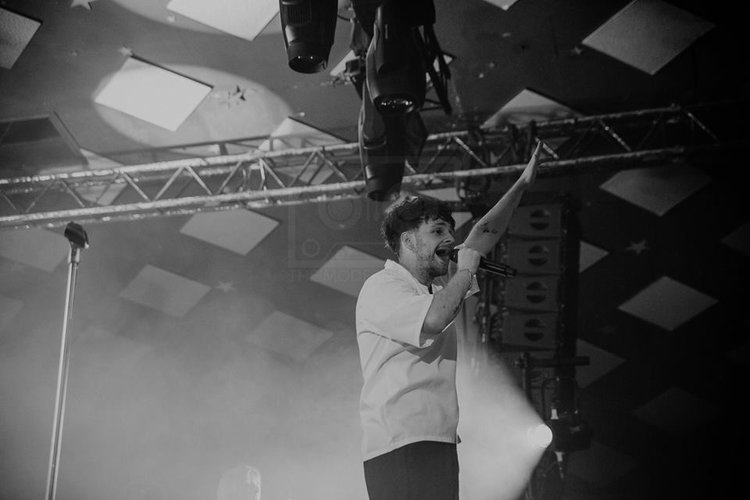 The tune of Tom’s song ‘Sober’ filled the room and had the whole crowd going crazy, jumping around, singing and clapping, having a good time. By the look on Tom’s face, you could see how much he was loving the crowd’s interaction. When the song came to an end yet again the crowd roared stomping their feet which caught Tom by surprise as he stood staring at the crowd with a huge grin on his face.

The end of his set is near, but it wouldn’t be over before he sang his well-loved tune ‘Found What I’ve Been Looking For’. From the moment the song started I knew this was going to be the highlight of the night and I was right. The crowd began to chant as Tom pulled off his t-shirt and swung it around encouraging a few males in the crowd to do the same. Halfway through the song he jumped down to the barrier and dived into the crowd and surfing up into the middle to finish the song. 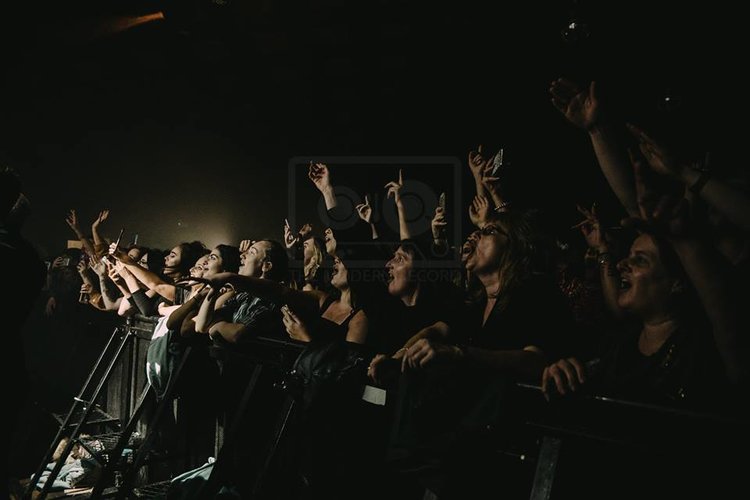 When he managed to get up on stage again the smile on his face was huge as he cheered he claimed that he loves Glasgow and we gave him the best gig of his life and starting his second last song ‘Little By Little Love’.

The end of his set has arrived and Tom announced he was putting on his t-shirt which gained boo’s from the crowd and causing Tom to finish his set with his top off. ‘Something in The Water’ was his last song of the night and when it came to an end the crowd stomped their feet, clapped their hands, and cheered as loud as they could and showing Tom how much he is loved by us Glaswegians.

The huge step up from his last gig at the o2 ABC Glasgow until now is only a small indication of how amazing Tom is and how much his audience is growing, I guarantee it won’t be long until he will be hitting even bigger venues!