Barns Courtney performs an intimate show at Glasgow’s G2 Venue as part of his UK Tour.

So I did what most people do in that situation, I Googled the name and the description ‘Folk Pop’ and ‘Blues Rock’ leaped out at me.  Those lazy pigeonholed descriptions do nothing for the depth of the work I went on to hear and what surprised me more was how in the dark I had actually been.  It seems I was over two million people behind the curve with this and some of his tracks had been played more than thirty million times.

We are talking about someone who has more monthly listeners than The Fratellis, The Libertines, or The Kaiser Chiefs so surprise number two has to be that he is playing the G2 in Glasgow; essentially the backroom of the Garage with the capacity of no more than 350 Barns fans.

What was immediately obvious was a real feeling of excitement in the crowd, the anticipation was palpable and groups of fans were already pogoing to the pre-show music.  It was a great atmosphere and it became more fevered when the band took the stage in near darkness and a haze of smoke.  As the electric buzz of instruments filled the room, Barns entered with a swagger that was matched by the crowd’s cheers, screams, and applause.

He starts the show with an incredible level of energy and it waivers not even a little as he and the set bounce from one anthemic chorus to the next. Within maybe four songs I have a real feeling, this is meant for bigger things and along with the other 300 odd people in this room, I genuinely believe I am watching the start of something that’s going to explode. 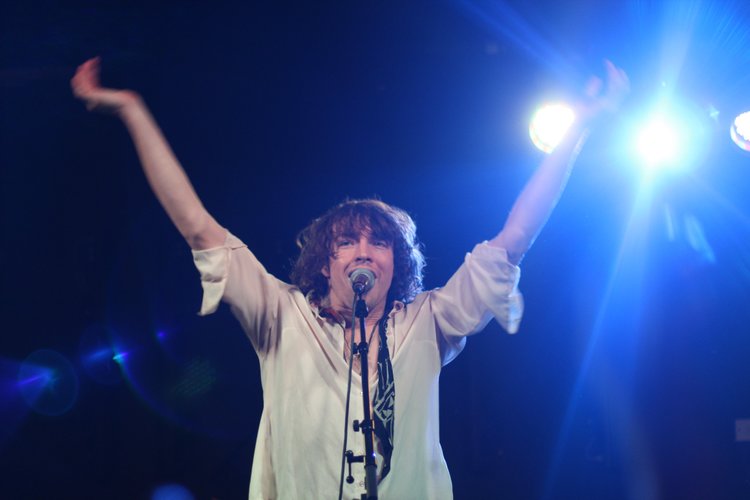 The influences in his music appear to range from bands like Kings of Leon, Beck, and the Killers and feel fused with our own 90’s “Brit Rock” movement.  This is not at all surprising given he grew up in both the UK and the US and those transatlantic influences seem to have created his own brand.

Not only does he have a wonderful talent for songwriting, but he also has an incredibly soulful and powerful voice which is quite stunning in its versatility and range.  With this and his showman sensibilities, he is fearlessly confident as he leads the crowd through his hits “Glitter and Gold”, “Kicks”, and “Golden Dandelions”.  Even if like me you hadn’t really known this music before this week then you might still recognize some of these tracks because, despite his relative anonymity, his music has already been widely used in TV, film, and game soundtracks as well as advertising for various different products and events.

He’s been pretty much everywhere.

I don’t think there are too many newbies in this crowd and the majority of this sold-out backroom seems to know every word of each song and are determined to prove how ferociously they can sing them.  It doesn’t change when we hear the new single “99” which is the only single tonight you won’t hear on his debut record, “The Attraction of Youth”.  Like the others, it’s immensely catchy and at times reminiscent of some of MGMT’s popular work.

When “Fire” is announced as his last song it feels almost way too short but I guess he only has that one 44 minute LP to pick from and that might be the reason we are not seeing this young man across the city on stage at the Barrowland Ballroom.

At the beginning of this week, I didn’t know what a “Barns Courtney” was but as I sit here now with half a dozen of his songs contagiously swirling through my head I have to say I’m a fan.  A big fan.  I like Folk and Blues music but to use those labels for what was on offer tonight is more than lazy; it’s unfair and almost irresponsible.

Infectious songs and a great performance from a man who seems to absolutely understand and love what making music and performing is all about.  Within twelve months I would expect to see his fanbase swell and the hits climb the charts.  I wouldn’t be surprised to see a similar performance on an arena tour in the very near future.

He’s definitely one to watch. 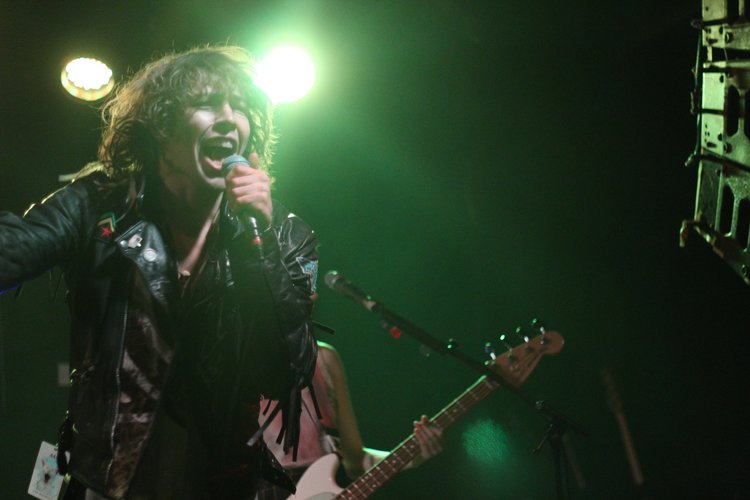