First up was UK Born Wolf Culture. The guys did a brilliant job of warming up the crowd as the room began to fill shortly after doors opening. Their punk sound easily livening up the energy after the fans wait outside in the cold. The band filled the room with instruments as the fans filtered into the tiny room.

Next up was Jamie Lenman, he took to the stage with his drummer shortly after Wolf Culture. Filling the room with rockier sounds and maintaining a good level of energy throughout. His friendly nature coming through as he cracked jokes in between songs entertaining the crowd. 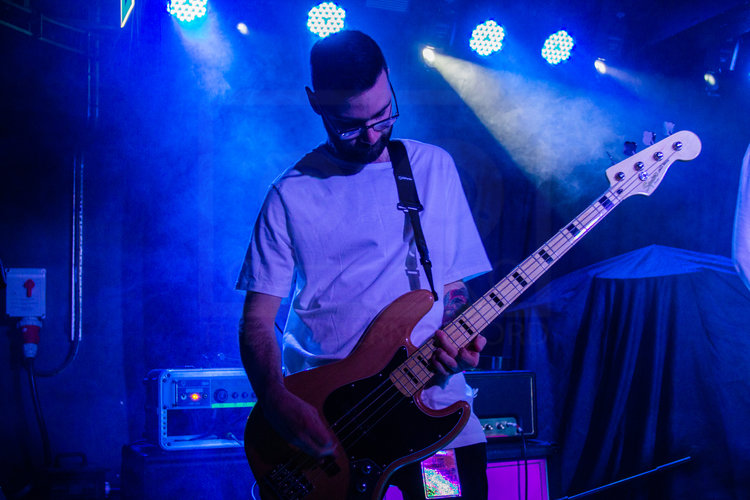 The crowd sang along to the pre-show playlist which included several similar-sounding bands much to the delight of the crowd.

Tonight’s headliner Tonight Alive arrived on stage, beginning their set with just Jenna McDougall and Matt Best lit under a single spotlight whilst the song intro began. The rest of the band then joined them on stage exploding into the track ‘The Other Side’ off of their 2013 The Other Side album, the energy within the room kicked up a gear and suddenly so did the heat within the room.

The band encouraged the screaming of the lyrics. Bathwater lit under fitting blue lighting encouraged the singing to get even louder as the fans sang the lyrics back at Jenna who appeared to enjoy the response. The crowd maintained singing along in unity throughout the gig which clearly touched the band.

The energy within the room was bouncing from both the band and fans, each encouraging the other on. Hands waved in unison to the delight of Jenna who encouraged it to continue. In My Dreams evoked a singalong amongst the fans in complete unity. The energy of the crowd never differing right from the front to the back. Complexes erupted with the entire room screaming “Are You Embarrassed Of Me?” alongside frontwoman Jenna. The entire band encouraged the crowd to sing “You Always Seem To Let Me Down” as loud as they could. The consistent vibrant stage lighting matched the energy the band brought to the stage perfectly. 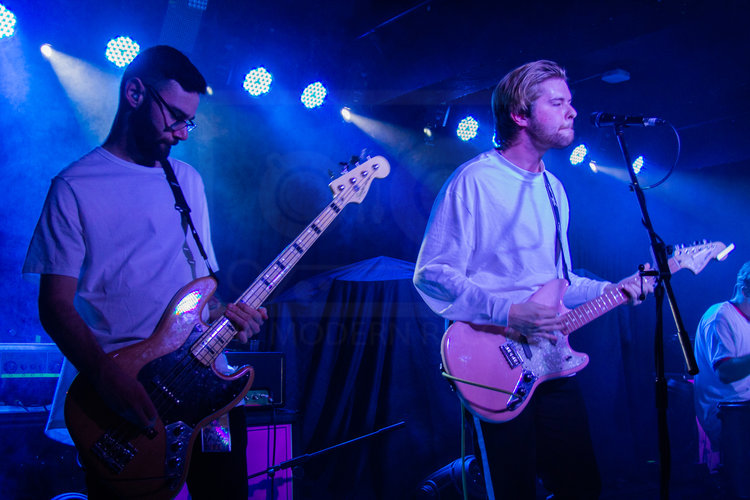 The fans began clapping along to the beat of the drums filling the room with unity once more. The audience screamed the last word of the song “Down” in sync with Jenna much to her delight. Jenna then began speaking to the crowd on a level where she made a point to mention how hot it was in the room “Are we all at the very least ok? Does anybody feel like they’re on F****** fire?”, she proceeded to fill the crowd in with the knowledge the song they were about to play was going to be filmed for a live video. She followed on to say their song ‘For You’ was dedicated to the relationship held between the fans and the band. “For You” saw the crowd swaying along in unison once more which was encouraged by the band. The crowd interaction throughout the song was beautiful, shown especially as she sang “For you, I would breathe underwater”.

The crowd clapped along as Jenna stood on the barrier in front of them encouraging the love. She went on to thank the fans for coming, proceeding to say thank you several times more the gratitude on her face saying more than words could. She then encouraged fans to come along to the 10 year anniversary show following on from tonights. ‘Crack My Heart’ erupted within the room, it was clearly an all-around fan favorite. She proceeds to hold the microphone over the crowd encouraging them to sing back to her. Headbanging was started by Jenna and continued by fans like a sea of movement from the front to the back.

She then proceeded to ask fans “Let’s pick up the pace” which to her delight erupts in a sea of jumping fans screaming along with her. She shouts “We can disappear for a while” as she stands on a box watching the fans jump along with her. Pretty pink and orange lighting illuminates the stage. She encourages fans to jump in time as they sing together. The energy of the band and fans never differs and if anything excels during the faster-paced songs. The band closes with their 2018 album Underworld hit Temple which provokes even more jumping around within the crowd ending the gig on a high.

The show overall was full of energy and feel-good music. All bands who performed gave it their all and put on an excellent show, Tonight Alive are a band to see if you get the chance. They get better with age, Happy 10 year anniversary to them. Be sure to check out a show if you get the chance!