The soul legend delivers a career-spanning set to an ecstatic crowd at the Royal Concert Hall.

My introduction to Billy Ocean was in the summer of 1988 when the eleventh volume of the “Now That’s What I Call Music” cassette was bought for my parents Ford Avenger.  I didn’t know it at the time but “Get Outta My Dreams, Get Into My Car” was a late introduction into his back catalog.  In fact, for a long time after I associated Billy Ocean with the late 80’s synth-pop movement that has made a huge resurgence in recent years.  A resurgence that perhaps paved the way for shows like tonight.

I have a number of good friends who are still enmeshed in this 80’s renaissance and if I am being honest, I don’t get, not all of it. The polished hit factories and saturated sparkly pop just aren’t for me and that’s probably how I saw the 80s.  That said, the show tonight proved to me why the revival happened and why it was worth happening.  Not only that it underpins the fact there are true luminaries from that time who are still as credible and relevant now as they ever were.

It may come as no surprise but I consider the 1970’s to play host to his most pivotal and consummate material.  Tracks like “Love on Delivery”, “Stop Me” and “Love Really Hurts Without You” are ambitious, soul packed anthems that draw massive inspiration from forerunners such as “The Drifters” and “The Foundations”.  It’s also pretty difficult to deny the obvious influence of some great Motown artists.  From this period of his catalog, It was “Love Really Hurts Without you” that made an appearance tonight and it brought everyone to their feet.  Large parts of the crowd were dancing in the isles as Billy stretched out the final chorus he encouraged us all to embrace every last second of what is probably the best soul record to come out of the UK.

It well and truly deserved the standing ovation.

In 1977 “Red Light Spells Danger” was way ahead of its time and you might say he was experimenting with an untested style at that stage in his career.  The bass guitar had barely played the intro and the seats were empty and isles were full again with the main man himself dancing with the crowd and assisting with selfies, all without missing a beat.  I don’t think he stopped smiling through the whole show, in fact, there were occasions between the grins and iconic dance moves that his vocals gave way for laughter and it was clear he was enjoying himself as much as the Concert Hall audience.

It’s easy to label music like this, I did it for 30 years but a few things surprised me tonight.  I loved his version of “No Woman No Cry”, not everyone can tackle songs like this as effortlessly as it looked tonight and there were times I don’t think he even needed a microphone, his voice was that powerful.   “They’ll Be Sad Songs (To Make You Cry)” was incredible with weighty, vulnerable, and flawless vocals.  This was unexpectedly one of the highlights of the show for me, it was then I understood why there were so many people in this room and why he deserves the title of legend. 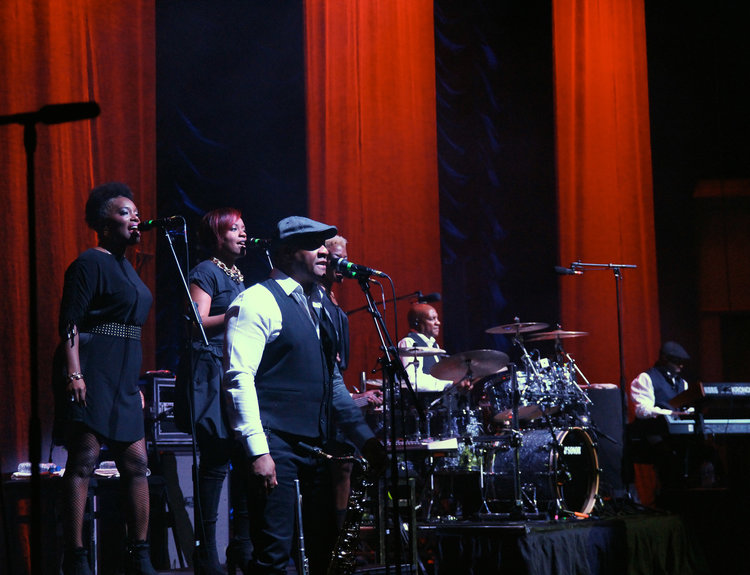 As pleasing as this 70’s era was for my own selfish wants, his compositions changed by the ’80s and his second and third albums began blending funk and soul into pop choruses that Michael Jackson and Prince would have been proud.  The focus of the songwriting had shifted and as good as these early 80s songs were then and are tonight, they didn’t get the same acclaim as the mid and late 80s tracks that topped the charts.  It was no surprise that ”Loverboy”, “When The Going Gets Tough, The Tough Get Going” and “Get Outta My Dreams, Get Into My Car” punch through tonight as big favourites.

These were real crowd-pleasers for what was a surprisingly diverse crowd and closed a near-perfect set that, from start to finish, felt like a celebration.

It was never really the end of course.  Every single person in the room knew he’d be back for an encore, the expectation was such that he wouldn’t have got out of Glasgow without one.  He didn’t disappoint as he came back to officially close the show with another massive hit in “Caribbean Queen”.

I might not still get the 80s but this atmosphere was remarkable and it was a credit to Billy who nailed every song and was a true showman and gentleman throughout.  The backing band were each and individually inspired and I found myself drawn in and following the potent baselines that were woven underneath the fanfare.

His tour continues across the country this month and has been extended to 2019 and from what I saw tonight I am probably not alone in hoping that some of those next steps are not all seated affairs. 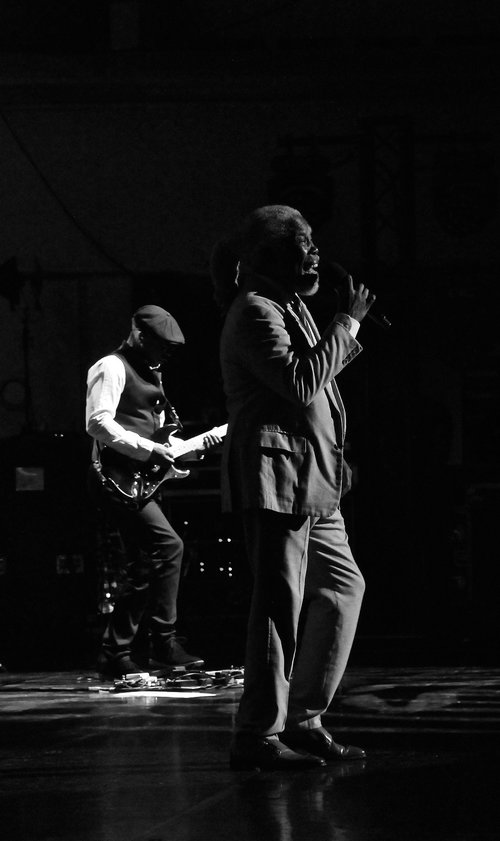