Bugzy Malone continues to take the grime world by storm on his B.Inspired tour. This week the ‘King of the North’ stopped off in Edinburgh to put on a show that few will forget in a hurry. The tour is in support of his 4th studio album (B.Inspired), released earlier this year, it’s already accumulated millions of plays on streaming services.

The energy in the room was electric from the moment he took to the stage, with his well-known collaboration with Rag N Bone Man ‘Run’ making an early appearance in the set. The night had only just begun, however, with fan favorites, old and new, like “M.E.N” and “Beauty and the Beast” coming soon after in quick succession. The high energy show continued with mosh pits throughout.

Bugzy Malone has a great talent for telling intricate and detailed stories over fast-paced, catchy beats. With plenty of featuring artists present on his tracks but absent at the gig, there was no need to worry as the crowd took up the role when it came to it, making for a magical spectacle. 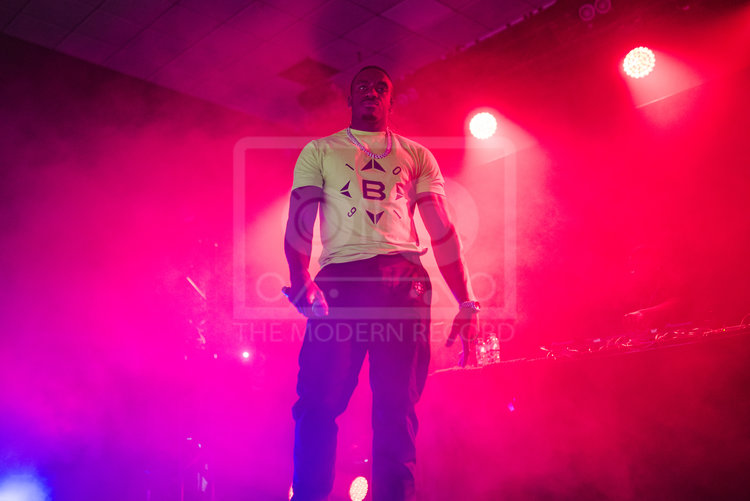 Before leaving the stage, he gave a heartfelt speech thanking his fans for giving him the life he has and got him to where he is in his career, shouting out to his “moshpit gang” and his “fans at the back of the room” and “everyone in the front row”. Although, he couldn’t even get through his speech before a chant was started from deep in the crowd. “Bugzy, Bugzy, Bugzy”. His name ran through the room. You could see that he was loving the reception he was getting, waving his hands in the air like he was conducting an orchestra. Many fans agree that he truly deserves this sort of praise for the amount of work and graft he does.