Showcasing songs from his career, from The Smiths debut thru to his latest solo release Call The Comet, released earlier this year.  But it was the tracks by The Smiths that got the loudest cheers of the evening, and there were a few throughout the setlist, plus a couple from Electronic, a band he fronted alongside Bernard Summer from New Order and Neil Tennant from The Pet Shop Boys.

Starting the evening with The Tracers from the new album, it was quickly followed by the first Smiths cover of the night, Bigmouth Strikes Again, which near lifted the roof from the ballroom.  A magnificent version of the classic track.

The setlist included other gems from Marr’s back catalog including The Headmaster Rituals, Last night I Dreamt Somebody Loved Me, Electronic’s excellent Getting Away With It alongside new tracks such as Hi Hello and new single Spiral Cities. 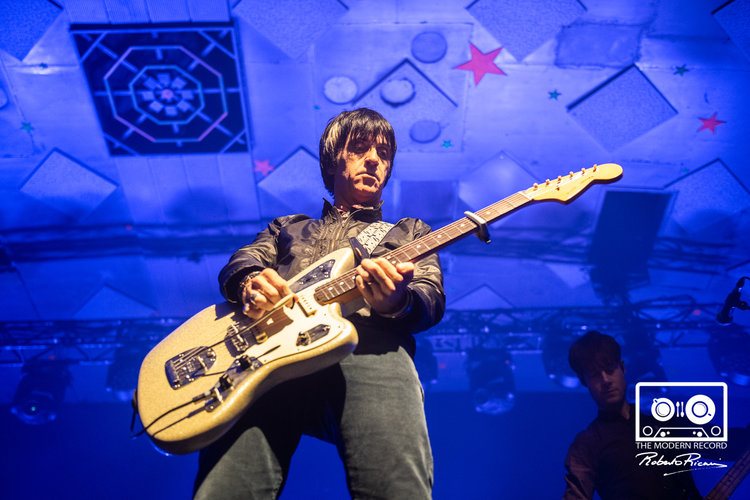 Marr is a master of the guitar, his style is effortless and the sound he makes is instantly recognizable, and tonight is no exception.  He has the crowd in the palm of his hand and he fires out the big guns time after time.

How Soon Is Now, another Smiths staple ends the 1st part of the set, before retiring for a short break backstage.  Returning for the encore of Rising, then Bug, another couple of Smiths tunes gives the fans a euphoric end to an amazing evening.  Please Please Please Let Me Get What I Want ( a wee sneaky not in the original setlist), There Is A Light That Never Goes Out and lastly You Just Haven’t Earned It Yet Baby.  A setlist to cover all eras, and to keep every fan happy.

Johnny Marr left the stage with a huge smile, saying how nice it was to be back in Glasgow and I’m sure the fans totally agreed.  A genuine master of his craft, he was on fire, as were the band.  All in, a terrific evening of solid, class music, and it was a pity it had to end. 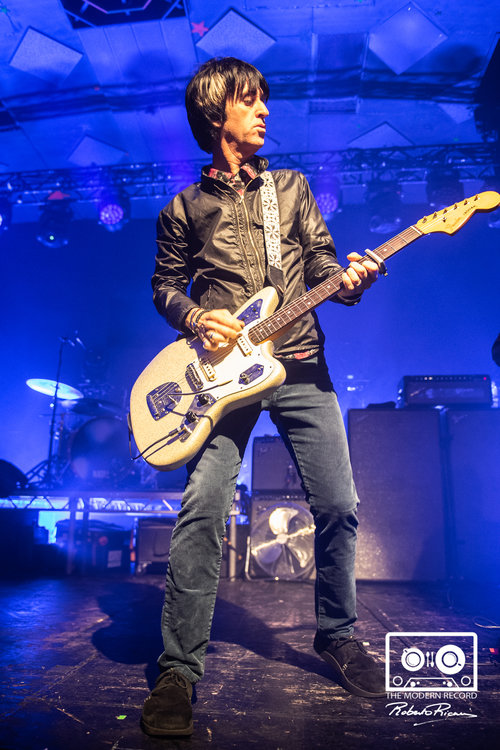