Shakey Graves brings his unusual brand of dreamy Americana to Glasgow and finds the audience totally invested in the songs.

It’s been more than a minute since Shakey Graves played to an audience in Glasgow. The artist from Austin, Texas was scheduled to appear at The Art School back in March of this year but the so-called “Beast From The East” snowstorm brought an early end to his tour and Scottish fans were left bereft for the time being as the show was canceled, rather than postponed. Gratefully, another tour was announced for the Autumn but in the wake of the Glasgow School of Art Mackintosh Building fire an alternative venue was chosen and ultimately the gig took place in SWG3’s TV Studio – the very same room Shakey Graves last played in Glasgow over two and a half years ago.

Shakey Graves is the nom de plume of Alejandro Rose-Garcia, whose reputation precedes him through a kind of cultish following. He’s far from the mainstream as far as UK music press is concerned, yet he can find a devoted audience on just about every continent. This latest tour is in support of his new record Can’t Wake Up, released in May on Dualtone and, as anyone familiar this artist will attest, it’s a vastly different sound he’s touting these days.  Gone are the crunchy blues guitar riffs, raw-worn vocals, and erratic one-man-band percussion. In their place is an overall more polished, controlled production; the lilting melodies and jaunty accompaniment have a kind of soft-focus and even Rose-Garcia’s voice is pastel-toned. Lyrically the songs are as mythical and mystical as anything in the alt-folk /Americana / country blues / southern rock canon, but with an added dreaminess that elevates them from being intensely personal to universally quizzical.

How then to marry these diverse sonic themes into a cohesive live set? Well, if anyone can do it and do it convincingly, it’s Shakey Graves. Stunning support set from Pennsylvanian artist Petal precedes the main event and is tragically disregarded by sections of the audience. Not even her exquisite cover of Fleetwood Mac’s Silver Springs could grasp the attention of many but it’s nothing personal; for reasons beyond comprehension, the crowd is as distractedly chatty throughout the entire show. 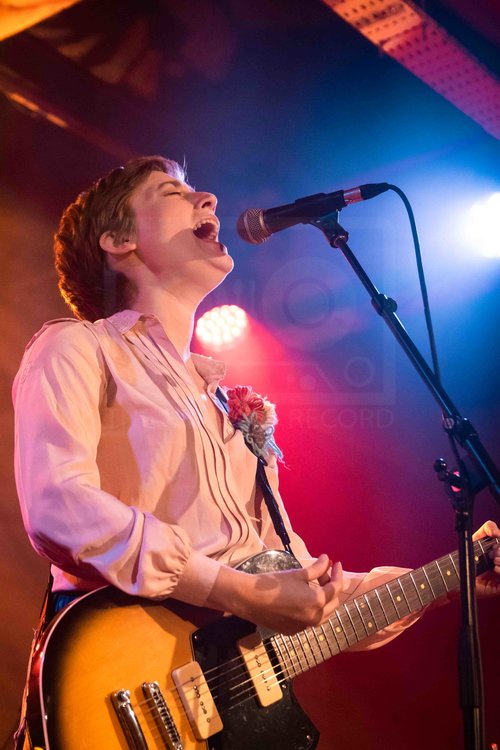 Arriving solo to the stage Rose-Garcia begins in familiar territory that sees the most vocal of his audience joining in. Armed with just an electric guitar and his suitcase kick drum and tambourine combo Roll The Bonesglistens. The Perfect Partsswings into a pretty rendition of Pansy Waltzbefore he is joined by the other three members of his band. Christopher Boosahda on drums, Jon Shaw on bass and Patrick O’Connor on guitar complete the Shakey Graves touring line-up as well as being the core performers on the latest album. Immediately the more sophisticated beat behind Big Bad Wolf introduces the next chapter of the show gently. The mesmeric chirp of guitar on Mansion Doordistracts from the darkness in its lyrics while the airy shuffling blues of Dining Alonelays its misery bare. The mood is never quite sullen and Rose-Garcia’s expression always tells more than each tale reveals. 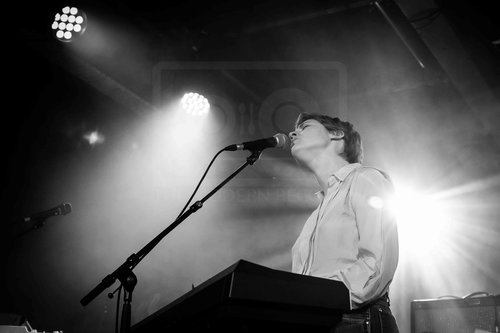 Unknown Legends the point where it really comes together, where the band and crowd are fully invested and committed to the groove; guitars are playing off one another, smiles are being exchanged and Rose-Garcia is especially talkative and comfortable in his banter. Excusescapitalises on this sweet moment with particularly dynamic playing – loud drums against soft vocals – matching the urgency of the lyrics “I can’t wait for summer, I can’t wait for spring / I can’t wait for someone who can’t wait for me”. It’s a natural climax at this point of the night and is followed up with yet another change of pace. Adequately sweaty for now, the band takes their leave to allow for a set of rootsier acoustic songs; Tomorrow, Family TreeandCity In A Bottleprove to be definite crowd-pleasers with phones hoisted to film throughout, while the poignant Word of Mouthcloses out the set in hushed awe. It’s a lengthy moral that ebbs and flows, drawing the crowd in until they’re hanging on every word. Shakey Graves is the complete entertainer at this point; he sticks his plectrum to his sweaty forehead for a time and dances on the spot. The crowd goes nuts. As the band returns and is officially introduced there’s a sense that the night is still just warming up but quicker than the realization that we are, in fact, nearing the end settles and the crowd becomes restless and shouty once more.

A boisterous and out of tune singalong ensues on Dearly Departedwhich, from the band, seems to lack effort in the face of such an energetic reception. Rose-Garcia acknowledges the strict curfew saying “I’m not even going to fake going off” as he ventures one final morbid tale; Late July. The ending hits hard and he blows a kiss from the stage before waving farewell to his adoring fans. With such an extensive back catalog to choose from, sixteen songs is never going to feel like enough for the cult of Shakey, but they take what they can get and show their fervent appreciation. It’s not so hard to settle for quality over quantity and there’s no disputing; this was a quality performance.