I didn’t know much about the support for King Nun but there were three bands filling that role tonight and the first to take the stage were Royal Bloom, a three-piece grunge band hailing from Ayr.

2018 and Ayr might be the last two places you would look to find anything resembling grunge but here we are.  I imagine they make no apologies for coupling their sound to heavyweights like Nirvana or Soundgarden.   It doesn’t feel like a forced or a cheap imitation either as they deliver this set with conviction and fervor.

The standout track for me was “Under the Bridge” which is well worth a listen and can be downloaded free over at the band’s website (ww.royalbloomuk.com)

Next on stage was Hunkybug and yes, their name is probably the worst thing about them.  They had a formidable amount of energy which was as quirky as it was entertaining.

With a sound that sits somewhere between early Kings of Leon and the Clash, they were only let down by some technical difficulties that meant the lead singer’s microphone was effectively switched off.  Much of the second half of the set began to feel like an instrumental with Ian Curtis inhabiting the body of guitarist, Jack Selby, as the performance climaxed with some erratic and surprising stage moves. 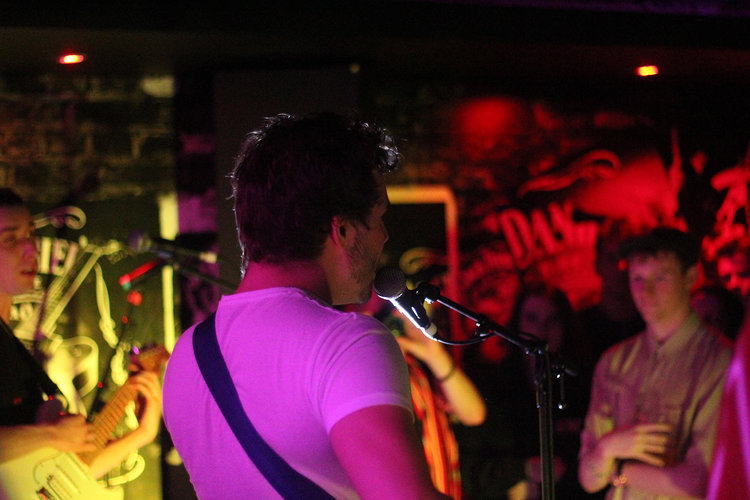 They had some great tracks backed by the confidence that would have been fitting for a headline act.  They looked and felt like a band with their own brand and carried a sound that was really difficult to pin down.  That’s a big selling point for me, yes they’ve been compared to the Amazons but that feels like an easy comparison to draw given they’re both from Reading.   They definitely bring individuality to the stage and will be heading out on a headline tour of their own in February.

“Painkillers” and their new single, “Intentions”, were the high points in what was a bold, melancholic yet effervescent set.

With an hour and half of music already provided King Nun Take the stage.  Even although everything I’ve said up until now has been positive there was a notable difference in the performance from the headline act.  King Nun more than matched the energy of Hunkybug and took the confidence shown by VALERIUS to another level.

They have some excellent songs, melodic and at times ferocious. Imagine if the Pixies and Blur had a lovechild that listened to Sonic Youth and you’d be close to understanding this band’s sound.  There are hooks aplenty but what’s more satisfying are the instrumental breaks within their tracks, instead of the expected and familiar guitar solos they often morph into cleverly crafted and experimental sounding spikey instrumentals.  It’s at these moments I’m reminded of the Post Rock movement and Mogawai’s early material.

Their entire set was full of intense energy and showmanship.  If highlights like “Chinese Medicine”, “Sponge” and “Hung Around” are anything to go by I would expect King Nun to quickly expand their fanbase and hopefully be in a position to record a full LP in the near future.

It’s unfortunate that gigs like this don’t follow the usual headline act rules, support bands bring their own following, and often the attendance fluctuates throughout the night.  King Nun still had a decent crowd but more people deserved to see them and hopefully a bit more exposure will allow them to start selling out these headline tours. 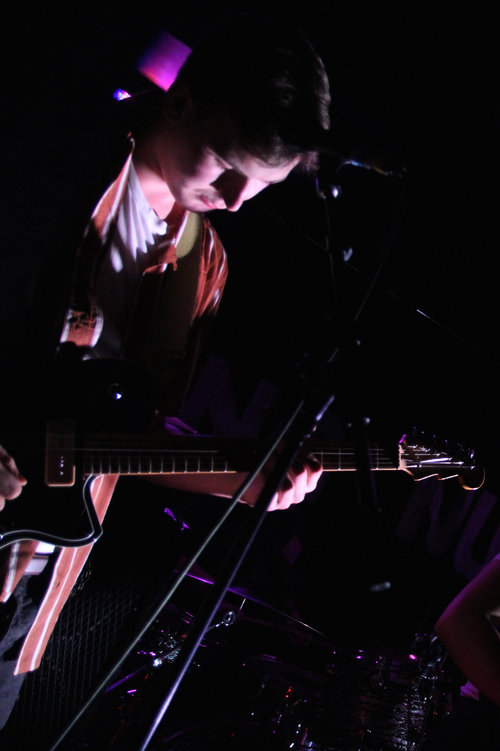