FOLLOWING THEIR PLACE ON BRITROCK MUST BE DESTROYED TOUR EARLIER THIS YEAR, REEF RETURN TO THE ROAD FOR A INTIMATE SHOW AT YORK’S FIBBERS

Have you ever been to Fibbers in York? It’s a very well-known hotbed

of music and live bands to the locals and perhaps even a wider community. However, it does hold one title that you need to be aware of if you are planning a visit. It is the hottest, sweatiest venue on the entire music circuit! Ok well I ought to add a disclaimer here that I have yet to visit every music venue in the country but if you know of a hotter one then do tell and I’ll check it out.

That aside this is a cracking venue for tonight’s offerings, tight compact and those brave enough to get in early and fight their way to the front are usually within touching distance of whichever artist, legendary or not takes to the stage.

Tonight we were here to see Reef, ably supported by Broken Witt Rebels!

It was an early start tonight with doors open from 6 pm, this, however, did not put off the punters one little bit and the venue was already pretty full by the time Broken Witt Rebels took to the stage. This was an indication of the popularity of the Birmingham quartet who I’m quite confident could raise a pretty healthy crowd at this venue themselves as a headline act.

They have a growing reputation as a terrific live act and this was well borne out by what they produced tonight. Hailing from the Midlands they have some big shoes to fill, if you want Britpop or indie then you look to the North West with cities like Manchester and Liverpool leading the way. For pure, undiluted, hardcore rock you look to Birmingham who has given us the Ozzy Osborne led Black Sabbath and Led Zeppelin to name but a few. Whether Broken Witt Rebels can reach those dizzy heights remains to be seen but as the brilliantly raspy powerful voice of singer Danny Core closed out the set with Shake Me Down they will certainly have convinced most of this tightly packed venue that they are heading in the right direction. 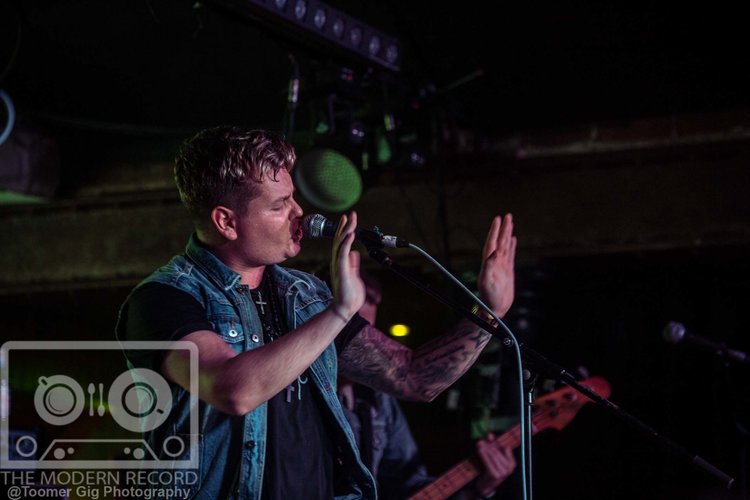 And so, with the venue hotting up in every possible sense we moved onto tonight’s main event with Reef taking to the stage to a crescendo of noise.

You get the feeling they really should be playing to much larger venues but there is always something special about gigs in front of hundreds rather than thousands of fans. The atmosphere tonight was electric and it created an intimacy between band and crowd that set this as a special night from the very first chord.

The reef is a band that simply comes alive on stage and Gary Stringers voice is something to behold taking you on a journey from Barry White to Mika, such is his range. Opening with Naked there was no time to ease ourselves into this. Right from the off, every note, every song is delivered with the same high octane intensity and power that just sweeps you along helplessly with the tide.

Taking full advantage of the immediacy of the crowd Stringer took every opportunity to engage with them, regular forays to the front row for high 5’s, singalongs and even letting a few take the microphone and become lead vocals for a line or two. Such was the engagement that everybody must have felt at one time or another that he was singing directly to them and this was a gig where everybody was involved and part of. 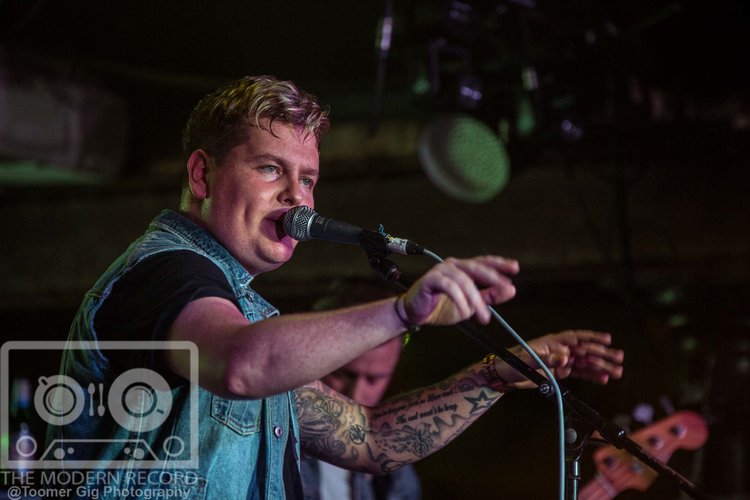