St Paul & The Broken Bones lay down a funk and soul set that had the crowd begging for more.

Every now and then you’ll find yourself with a night out organized but you just can’t be bothered. Its been a long hard day, or you’re coming down with something.  But you go along anyway.  And it turns out to be one of the nights you’re so glad you were there and made the effort.  Tonight was one of those nights.

St. Paul and The Broken Bones are a soul band from Birmingham in Alabama. They were formed in 2012 by Paul Janeway on vocals, Jesse Phillips on bass, Brown Lollar on guitar, Andrew Lee on drums, Al Gamble playing keyboards, Allen Branstetter on trumpet, Amari Ansari on saxophone and Chad Fisher on trombone.  The 7 musicians plus Janeway on vocals combine to produce the most sublime music. 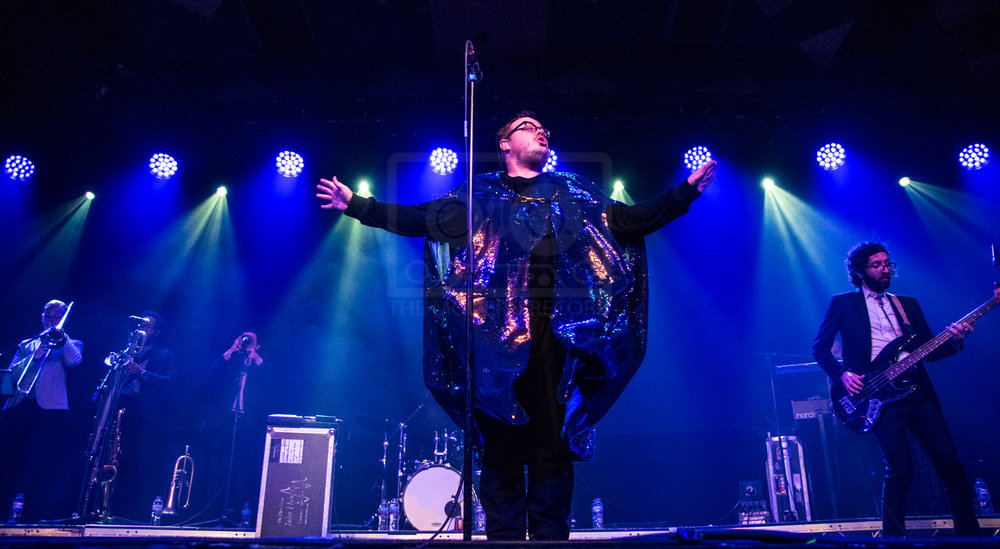 The venue was just over half full, which is a shame for what lay ahead.  As the band took to the stage, and the music started, those in the crowd could simply just watch in awe as singer Paul Janeway unleashed his vocal talents. And what a voice he has. Similar in style to Al Green, with influence by James Brown, Janeway strutted his stuff, looking like a young Elton John resplendent with sparkly gown and trainers, hardly standing still all evening on the Barrowland stage.

Tracks such as All I Ever Wonder, Grass Is Greener, Mr. Invisible, Got It Bad and Bruised Fruit, the soul, funk style of music had the Glasgow crowd on the feet from the word go. After a short break, the band returned to the stage for an encore of Sanctify, Call Me and Broken Bones, which would see Janeway display his climbing skills as he made it to the top of the speaker stack at the side of the stage, before having a lie down to complete the song, and climbing down back to the stage, much to the relief of security. 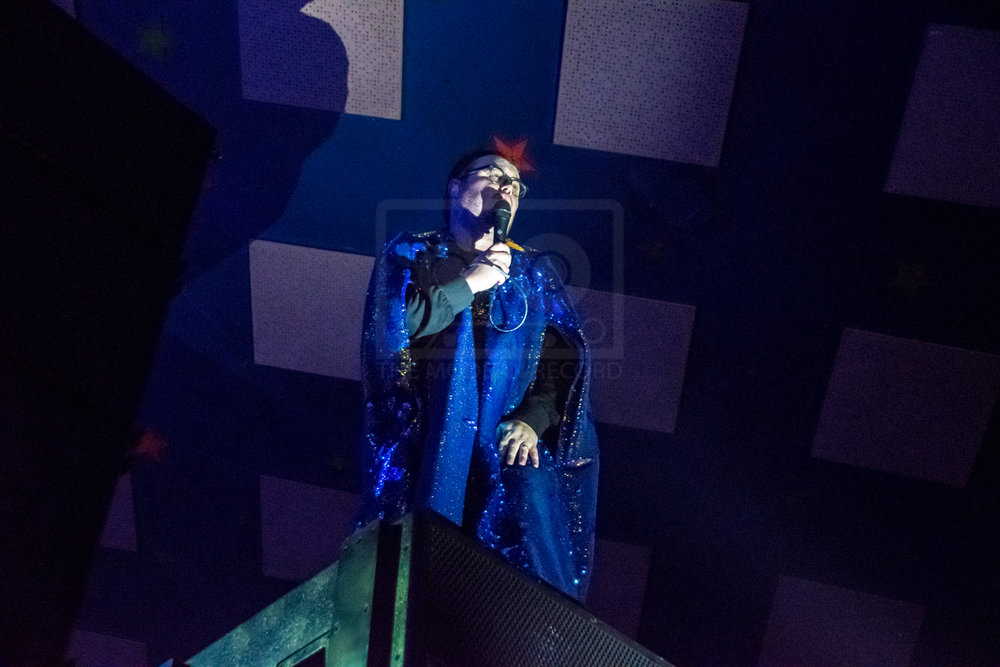 This was a surprisingly good gig.  Great music, outstanding vocals, just one of those nights you don’t want to end.  St Paul And The Broken Bones are definitely a band to catch live.