To say that you have sold out one of Glasgow’s iconic venues is a great feeling but to sell it out twice within the space of two years is pretty impressive. The almighty Fatherson finished their ‘Sum Of All Your Parts’ tour with a homecoming show like no other at the world-famous Barrowlands.

The support act was Belfast’s finest two-piece Blue Americans who made a lasting first impression with their catchy melodies and bringing the crowd together as one with a sing-a-long to their final song of the evening ‘Honey.’ They describe their sound as ‘left-field pop’ and they are a prime example of what pop music should be in 2018 and beyond.

Now, for the main act themselves. Fatherson stormed onto the stage with ‘Lost Little Boys’ from their previous album ‘Open Book’ and they were far from lost, they looked at home on bigger stages. A packed Barrowlands gave them the biggest hometown show welcome that they deserved, the cheers were so loud you could feel the vibrations coming up from the floor and going through your body, a feeling which only certain artists could pull off receiving. The next song was ‘The Rain’ and when bassist Marc Strain put his everything into the bass solo, you knew what was coming next was completely special. It’s like when you’re just waiting for that one moment in a song and when it happens, you’re completely in awe of how truly great those few seconds are.

Each song had every single word screamed back with passion, heart, and feeling. The reactions on their faces were priceless as if the band couldn’t believe what they were achieving. Playing a mixture of songs from all three albums, their third album hadn’t even been out two full months yet and it’s like it has been released years ago. 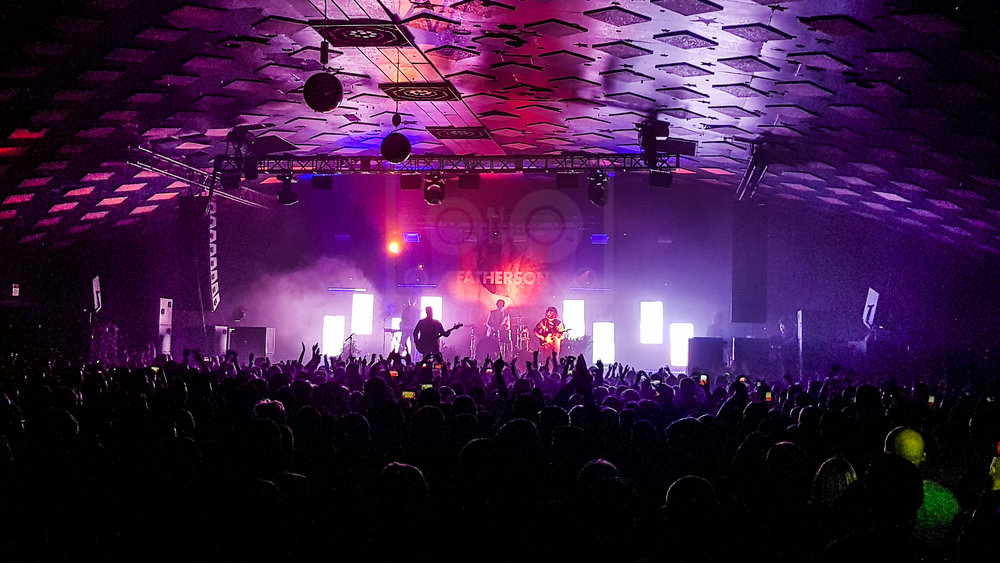 The start of the encore was the highlight of the night were guitarist and lead singer Ross Leighton asked the glorious crowd if he could do something which ‘he wanted to do since he was 14’ and then the lyrics “So stop all this fighting” were sang and it was a 2,000 strong gospel choir singing along to ‘James’ from their 2014 album ‘I Am An Island’ – A solo performance which will last with him for a lifetime.

The last song of the night belonged to ‘Charm School’, a fan favorite since it was previewed in shows before the official release of ‘Sum Of All Your Parts’ and once the last chord was strung out, it showed the reasons why Fatherson are deemed worthy of playing to bigger crowds in bigger venues. Next year sees the Kilmarnock trio headline the O2 Academy in Glasgow for the first time and by the looks of things, it certainly won’t be their last. 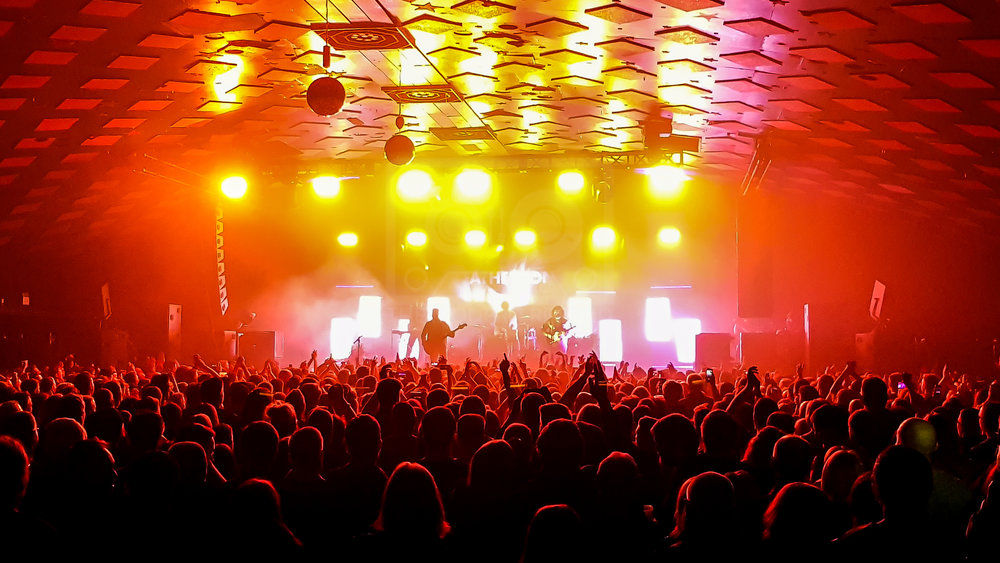