“Born in a hurry, always late / Haven’t been early since ’88.” Could a truer opening line have been delivered? 20 minutes after she was due on stage the silhouette of Kacey Musgraves emerged behind a glow of golden light. With her band already positioned, distinctly indistinctive in their matching pastel suits, she set her pace with Slow Burn, the first song on her latest album Golden Hour.

The new record is mellow and even by pop-country standards and so it follows that its live incarnation, the “Oh, What A World Tour”, should be equally refined and engaging. It’s another 2 such gentle songs, Wonder Woman and Butterflies before Musgraves visits any older material and when she does it sounds refreshed and renewed to her current mood. Keep It To Yourself leads in with a Springsteen-Esque guitar tone before the pedal steel takes control and steers it into blatant country territory. More bitter than sweet, Merry Go ‘Round elicits the first big singalong of the evening and it’s hard to feel the isolated heartbreak of the song in a room full of voices. High Time is another crowd favorite and sees Musgraves stepping out of glam-mode, relinquishing her powder blue stilettos in favor of bare feet, then later some fluffy blue slides. It’s Casual Kacey time, despite the sequinned trousers and rhinestone-laden denim jacket.

On any scale a Kacey Musgraves show is certain things; honest, personal, fun. You can sense this from the flow of the songs and the onstage banter. While the music is perfectly polished, as it needs to be with a six-piece band behind her, Kacey is not above engaging with her audience in a way that makes her special among Nashville’s starlets. She feels her way between the songs as if the stage is smaller, the crowd is closer. It’s an intimacy that’s hard to pin down but it’s very real. She created the same atmosphere nearly 8 months back when she headlined the final night of C2C – Country To Country just across the way at the much larger SSE Hydro. Unlike then, however, tonight she only has to play for her audience, rather than swaying a festival crowd, and she does so with much credit to her band. After taking the time to introduce everyone on stage, and thanking all her crew behind the scenes, she brings the band together out front for a light-hearted rendition of Family Is Family. 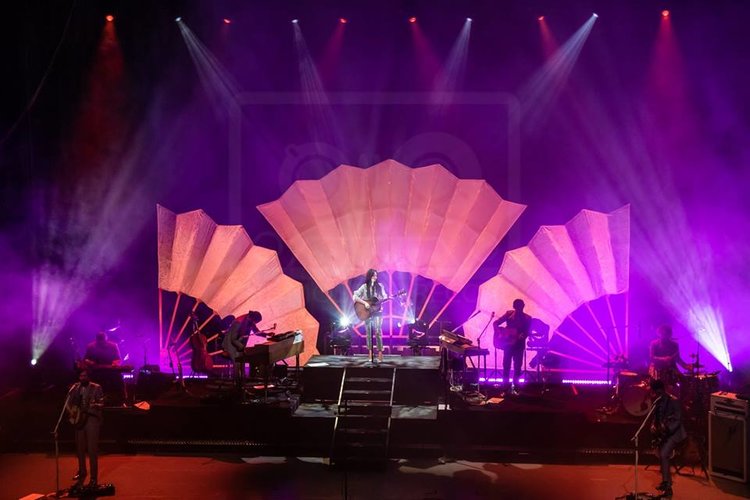 Velvet Elvis sees sections of the stalls up dancing which Musgraves encourages, “This is a better party like this”.  It’s a gentle momentum to maintain with songs like Happy & Sad and the sweetly melancholic Space Cowboy but the crowd carries it on, finally arriving at the upbeat empowerment anthem Follow Your Arrow. Leaving the crowd in a jubilant state, Musgraves and band make a swift exit and remain obscured for several minutes before returning to frenzied applause.

It’s a mixed bag encore opening with the achingly delicate Rainbow before detouring into a humorous but ultimately unnecessary cover of NSYNC’s Tearin’ Up My Heart. The only redeeming aspect of the cover is that it features the support act, the very talented indie singer-songwriter Sophie Allison, aka Soccer Mommy, in a choreographed dance routine. Nevertheless, the mood is lightened sufficiently to close the night out with brilliant rainbow strip lights and a dazzling mirror ball as High Horse wraps the night in its fuzzy disco charms. In the last twinkling light before the stage fades to black Kacey Musgraves waves a sincere farewell to her adoring audience and they respond with mutual gratitude; each wants to thank the other and no-one wants to say goodbye. It’s the way every show should end. 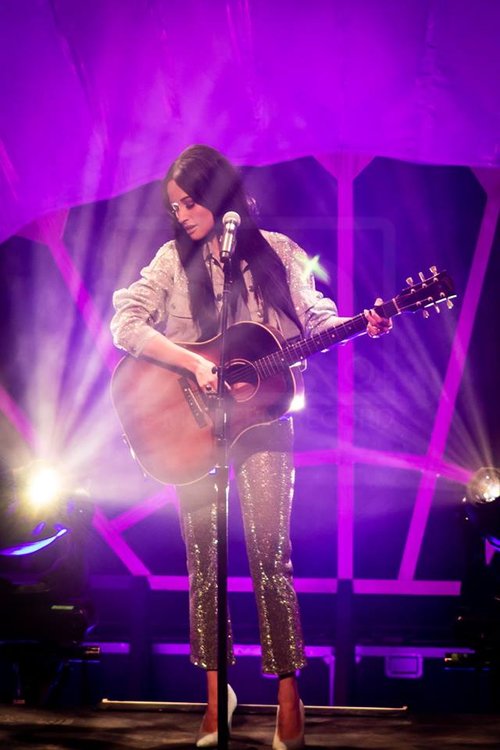