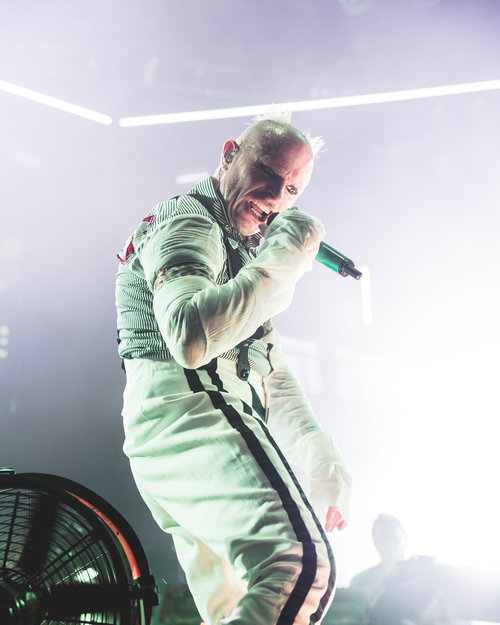 Glorious chaos ensued at the SEC as The Prodigy assembled their Scottish Warriors to kick off their UK tour.

Twenty-one years after the release of the ground-breaking, genre-busting album ‘Fat of the Land’, The Prodigy continues to bare their title as one of the UK’s greatest live bands with fierce authority.

The Essex three-piece kicked off their tour on the back of the release of their latest album, ‘No Tourists’ – a monster of an album, spawning from some of the most ferocious sonic elements of the band’s twenty-eight-year career.

The Prodigy’s monumentally menacing new album sees the two vocalists, MC Maxim and Keith Flint, take more of a back seat to the musicality of songwriter and keyboardist Liam Howlett. This, fortunately, was not, and has never, been true of their live gigs. 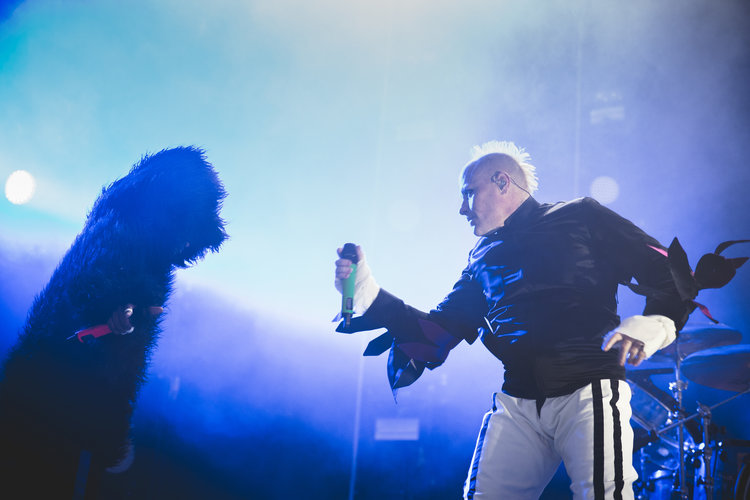 The energy never dwindled as the band charged through an immaculate catalog of their most raucous fire-starting crowd-pleasers, peppered with some of the most aggressive tracks from their new album. From the first ominous twangs in the opening riff of Breathe to the frightening urgency of the vocals in Take Me to the Hospital, the two frontmen held the crowd in their tensed fists. Tumultuous waves of moshers were orchestrated by Maxim as Flint called all his “Scottish warriors” to arms.

The sublime chaos that is a Prodigy gig was performed on a deranged dystopian backdrop of three London buses that loomed over the crowd like ghostly tower-blocks. Radiating from them was a visceral desire for movement, for the crowd to reach some sort of transcendent destination. In the destination sign of the central bus was written ‘Four Acres, Dalston Lane, Hackney,’ – the venue they first played together.

The Prodigy is in no way going back, though. The allusion to the band’s roots only emphasizes the band’s progression to big-beat supremacy. After twenty-one years on the frontlines of dance music The Prodigy shows no sign of slowing down, never mind stopping. But as the masses of ardent Scottish “warriors” confirmed on Friday night, it’s worth jumping on for the ride. 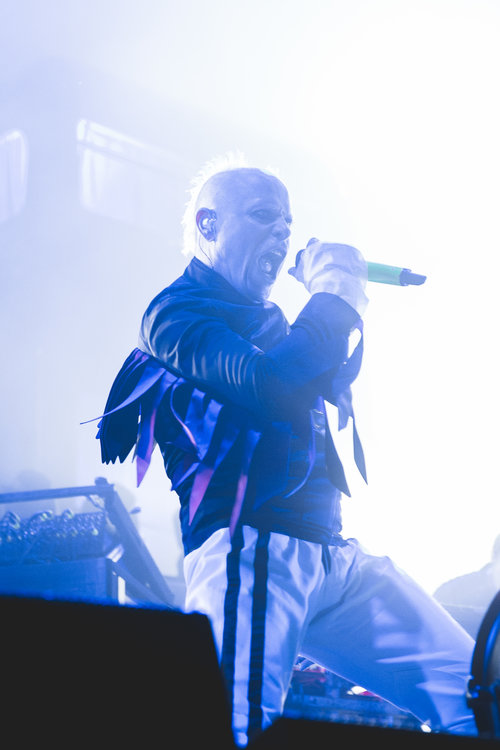