NOTHING BUT THIEVES // BARROWLAND BALLROOM, GLASGOW

Nothing But Thieves might be billed as an alternative rock band, however, the release of their second LP, “Broken Machine” proved they have got a good deal more depth than that might suggest.

To further promote “Broken Machine” and October’s four tracks, “What Did You Think When You Made Me This Way”, they are out on a string of dates across the UK and Europe.  Tonight they play the famous Barrowland Ballroom in Glasgow to a sold-out crowd.

They kick things off as expected with the lead track from their latest LP, “I Was Just a Kid”.  An ear-worming mix of thick and powerful bass and restrained vocals are very deliberately punctuated with jagged guitars and relentless percussion.  This is breathlessly followed by “Ban All Music” and “Wake Up Call” which sets the pace nicely before introducing new track, “Take This Lonely Heart” with its disarming slow burn and deliberate build-up.  Despite being this early in the set they have seamlessly mixed tracks from all three studio releases and they all work really well together.

After grabbing his acoustic guitar, Mason gives this packed ballroom a chance to catch their collective breath before “’ I’m Not Made by Design” brings the tempo back up.  For the first time tonight, I am probably able to draw comparisons and there is definitely more than a hint of influence from Led Zeppelins “Kashmir” laid in the foundations of this guitar riff.

“Trip Switch” and the quirky “Number 13” are highlighted for me, the latter showing a completely different side to the band.  At times a heavier side I hadn’t heard before and it was during this I understood the “alternative rock” tag they had been given.  It was a bold and boot-stomping in its execution. 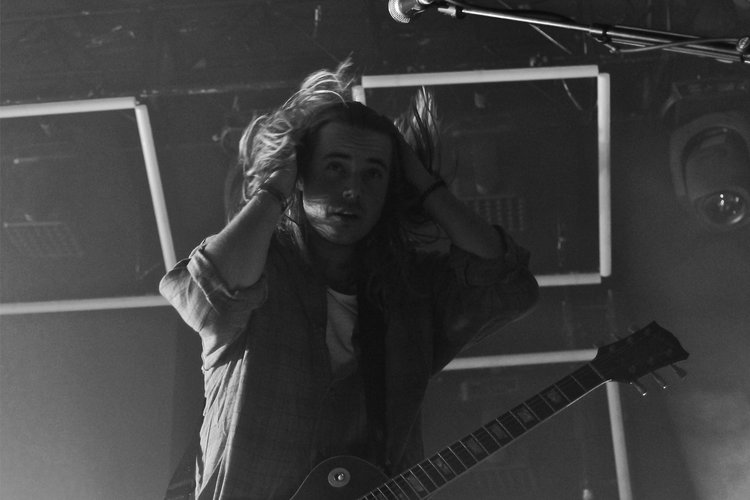 There were apparently nine singles lifted from their debut album so it’s easy to see why this has turned into a frantic sing-along.  “Sorry”, the first of four singles to be taken from “Broken Machine”, gives Mason the opportunity to showcase his vocals and they are very impressive.  I am not exaggerating when I say he’s as good as anyone in the business.  This is also evident during the lamenting “Particles” and “Afterlife”.

The show closes with “Amsterdam”, another big crowd pleaser that leaves the room exhausted, sweaty and rapturous.

They seem to be growing as a band and as songwriters and I wouldn’t be too surprised to see them break out of the confines of the pre-defined record label sub-genre.  They are almost doing that already and leaving their own unique mark along the way.

It’s not often you can say a band sounds this unique. 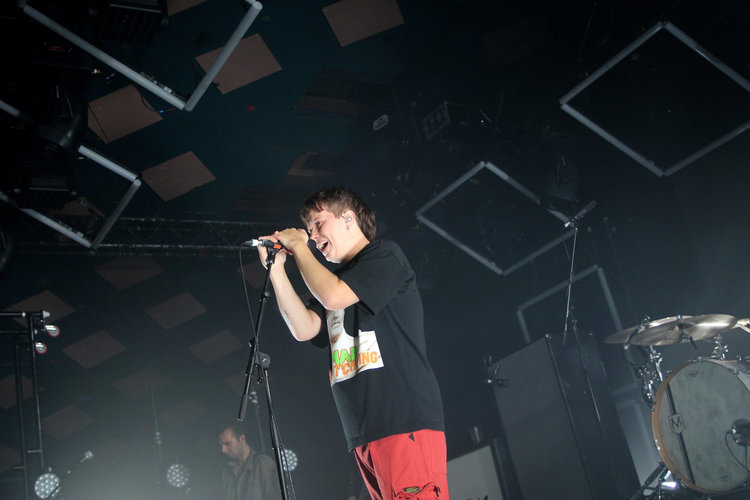