Miles Kane, the man with more indie connections than Kate Moss, hits out hard with his latest album and tour but, despite the effort, its landing is a little underwhelming.

After small beginnings with Merseyside rock bands The Little Frames and The Rascals, Kane co-fronted supergroup The Last Shadow Puppets beside, Arctic Monkeys’ icon, Alex Turner. The two started composing together backstage whilst touring and, although often leave long intervals between releases, they have a strong reputation among fans and big names in the indie scene. It was 2009 when Kane saw it as the time to focus on his own solo career and a year later he released his debut solo album ‘Colour of the Trap.’ This album made little impact on the charts but it was Kane’s first attempt to become established as a Mod-inspired solo sensation. But, despite his confidence; his long list of collaborators; and his occasional drop of songs that are fun to drunkenly sing along too, Kane’s releases have never caught the wind they need to launch him in an already crowded indie music scene.

Kane’s most recent release ‘Coup De Grace’ has received a lot of ‘middle of the road’ reviews though when the album tour reached Glasgow’s Barrowland Ballroom the crowd responded with delight to his newest tracks.

With the stage set up like an eighties disco, sparkling streamers covering the walls, when the chirpy sound of Candi Staton’s ‘Young Hearts Run Free’ blasted out to introduce Kane it seemed perfectly fitting. Kane also decided to throw in a blink and you’ll miss it the cover of Donna Summer’s ‘Hot Stuff’ towards the end of his set. Guitar heavy, the cover was certainly unique but forgettable. Reflecting back, by the end of the night, these retro-soulful inclusions fall flat; not matching Kane’s sound resulting in their inclusion seeming out of place.

His opening track is new single ‘Loaded.’ This moody melody is pleasant enough and one of the better on the latest alum, it does give off the vibe of an arctic monkeys’ album track, however. It was clearly enjoyed by fans and performed with rock star arrogance it deserved. On stage, Kane is every bit the rock star, looking so relaxed it bordered on apathetic. The Englishman clearly has a committed fan base; his summer performance at TRNSMT would have done wonders for his reputation among Scottish youth who flocked to the eastside for the full Kane experience. 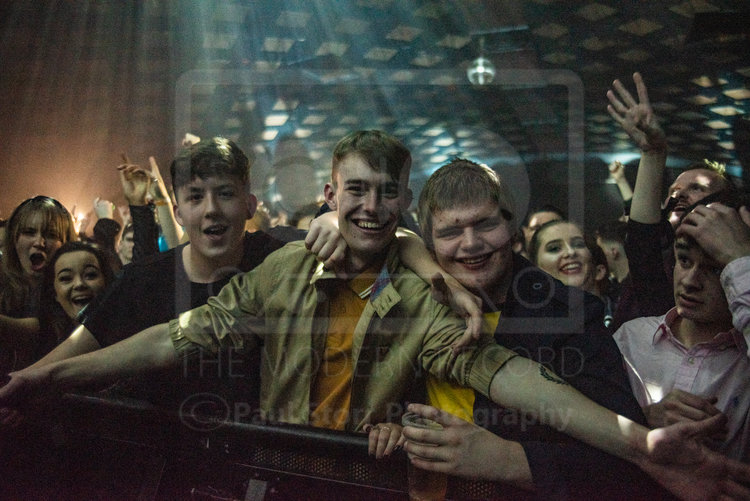 Other highlighting tracks ‘Cry on My Guitar’ and ‘LA Five Four’ are also edgy and catchy and were performed in style by Kane. ‘Rearrange,’ a fan favorite from Kane’s first release, caused a rumble in the crowd. Arguably his most loved song ‘Don’t Forget Who You Are’ was the night’s standout. This cheerful, uplifting number is definitely a stomper and the audience knew it.

However, towards the middle and end of the set, his tracks seemed to lose momentum and became non-distinct. Having played the highlights early, the last 30 minutes of the set contained little that stood out, though still backed heavily by his audience, it was the atmosphere in the room that kept the night exciting.

On the whole, the night was enjoyable. Kane swaggered about the stage and gave the fans what they wanted. He oozes indie bravura. But there was nothing out of the expected except for some unexplained and half-assed soul that seem thrown in as gimmick and not a reflection on Kane’s musical direction. 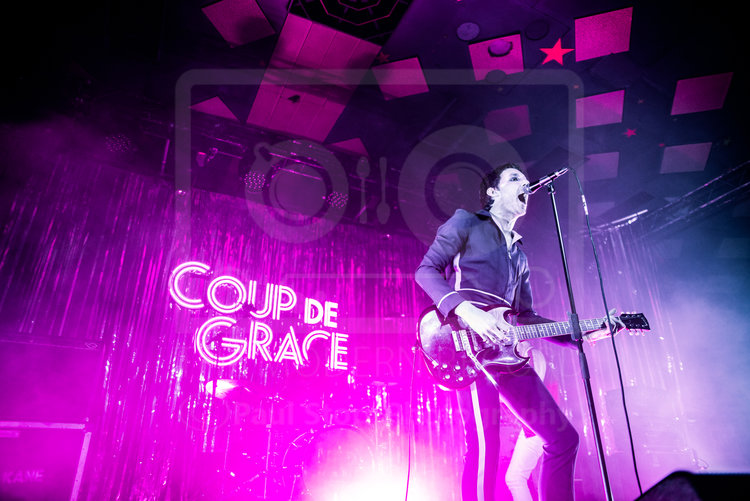 NOTHING BUT THIEVES // BARROWLAND BALLROOM, GLASGOW