Frankie Vallie may be in his mid-eighties but he sure knows how to lead a band and how to stun an audience.

Vallie took to the giant, modern venue, Glasgow’s Hydro, with confidence and prowess and left the thousands of fans in awe and blatantly aware of how he became the legend he is today.

Fronting smooth pop group The Four Seasons in the 1960s, Vallie’s tracks are well known by a massive percentage of the population. Even if one does not know the name Frankie Vallie, one will recognize some of his many massive hits. Vallie is also not shy to the small screen and has appeared in a few series and TV films including The Sopranos and Hawaii Five-0. In 2005 a musical was released called Jersey Boys that told the stories of the members of The Four Seasons. The award-winning show was loved by those who saw it and a film adaptation was released in 2014 that was directed by Clint Eastwood.

After a career spanning over six decades, this tour was labeled his ‘Farewell Tour’ though Vallie has made enigmatic comments throughout this tour, stating that

So skepticisms about the tour’s finality are ripe.

As the house lights came down, a slideshow of photos fills the screen at the back of the stage. It featured Vallie and numerous of his iconic connections. And then the man himself was stood center stage, swinging and smoothly singing out the toe-tapper classic ‘Working My Way Back to You.’

He then moved on to play a beautiful version of ‘Our Day Will Come’ which featured breath-taking trumpet and saxophone solos.  Vallie oozed classic elegance and stood before the crowd looking composed and strong. From the many incredibly sharp suits to the crisp visual display that was picked for each song, it was all meticulously matched.

Vallie’s voice sounded sublime. The power and range in his vocals are incredible and, alone, would make it impossible to believe he is the age he is. His interaction with the crowd is funny, charming, and endearing. He creates a genuine connection with his audience and comes across like he could just speak to a crowd and would hold their attention for hours on end. 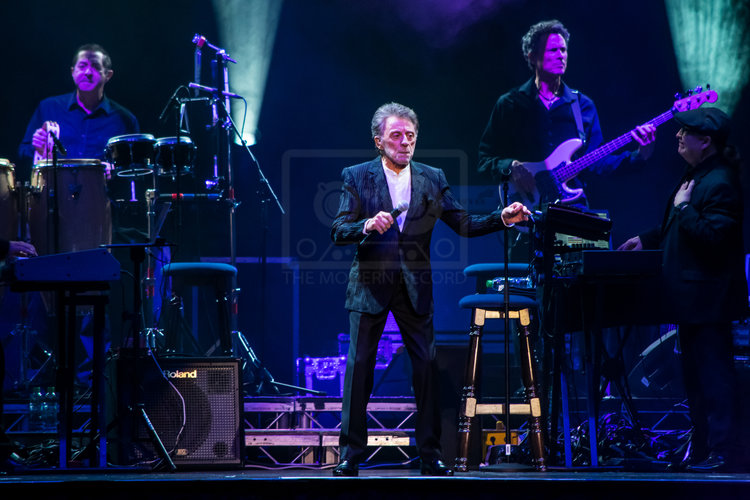 To pick highlighting songs of the night is a brutal deduction due to the high quality of every song performed. ‘I’ve Got You Under My Skin,’ ‘My Girl,’ and ‘Can’t Take My Eyes Off You,’ sounded beautiful and got the crowd singing along. ‘My Eyes Adore You’ is a lesser-known Vallie track that is incredibly moving. The upbeat ‘Beggin You’ really brought up the energy in the room, as did the wonderful ‘The Night.’ ‘Swearin’ to God’ was the stand out track of the night for me, with its funky undertones blending perfectly with the swing, its performance was uplifting and captivating.

The audience tried and failed to take their eyes off Vallie as he was unmissable. His talent is immeasurable and he is not a man to be confined by age. Will it be his last tour? Who knows, but his ability to stun a massive audience is something he will always have. 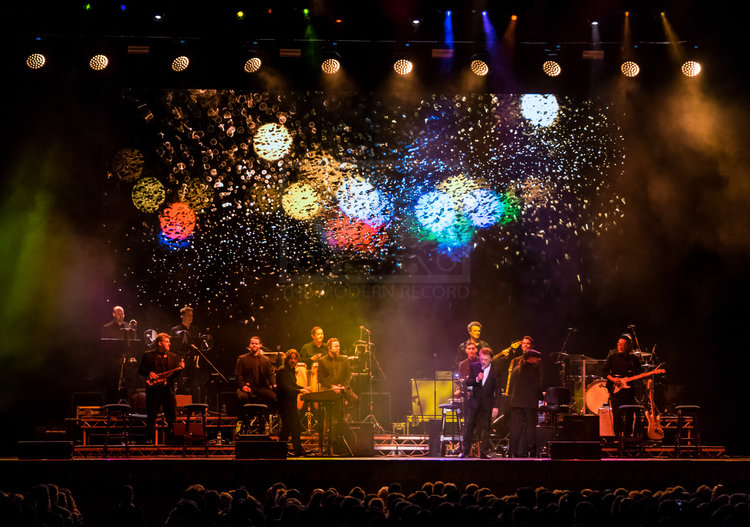 JEFF WAYNE’S WAR OF THE WORLDS // THE SSE HYDRO, GLASGOW