MacDonald, who hails from Bishopbriggs on the outskirts of Glasgow was joined on stage by Jimmy Sims, Thom Kirkpatrick, and Sam Lewis, and ran through a selection of her best hits and album tracks, plus the odd cover.

Kicking off with Under Stars and Spark, MacDonald followed on with Run then Pride.  The first big cheer of the evening was for her first single to hit the charts, Mr. Rock & Roll.  The capacity crowd, crammed in to see their idol was in full voice and provided a great backing vocal on the track.

Dream On, 4th of July, Down By The Water were next before title track of the latest album release, Woman of The World.  MacDonald was giving her all and the crowd was loving it, the wee stories between songs raising the spirits and going down well.

A wee surprise inclusion was a rousing cover of The Corries adopted a national anthem, Flower Of Scotland, which the fans loved.  Also covered was Dancing In The Dark, the Springsteen classic.  Life In A Beautiful Light and debut single Poison Prince ended the show. 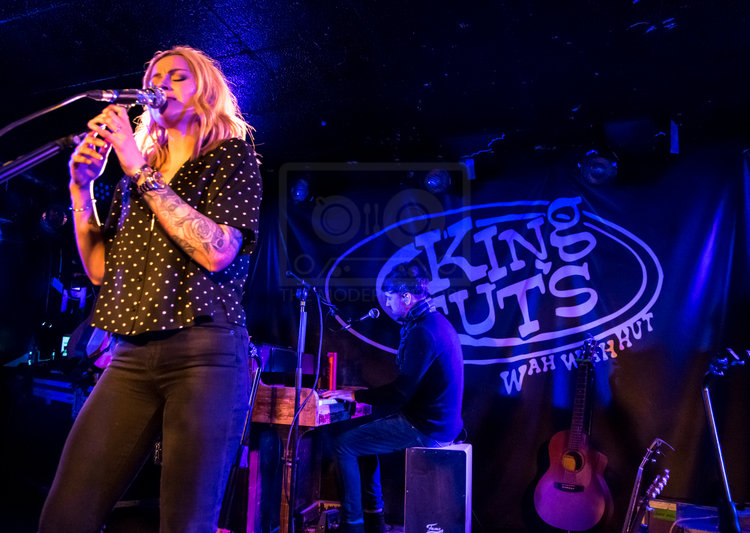 MacDonald was in fine form this evening, as were her 3 accompanying musicians.  Great songs, great energy, and great spirits from the crowd, all in a fabulous evening of music, and a great donation for a very worthwhile charity.  Amy MacDonald, live at King Tuts. This is the life.

JEFF WAYNE’S WAR OF THE WORLDS // THE SSE HYDRO, GLASGOW