It’s a Monday night at half-past five and the queue of eagerly awaiting fans had already formed outside the Dr. Martern’s store in Brighton.

The store shows the Boots maker’s origins in music with a fully functioning vintage duke box, with the window display being the makeshift stage setup.

The 23-Year-old, Bedford –born singer-songwriter had no idea he could sing had it not been for a Karaoke session with his friends and now the singer-songwriter would not be performing in front of sell-out shows nationwide and we would not get to enjoy his brilliant debut album, ’Lighting Matches.’

The Debut album had reached number five in the UK Album charts, showing off the Songwriter’s real talent. 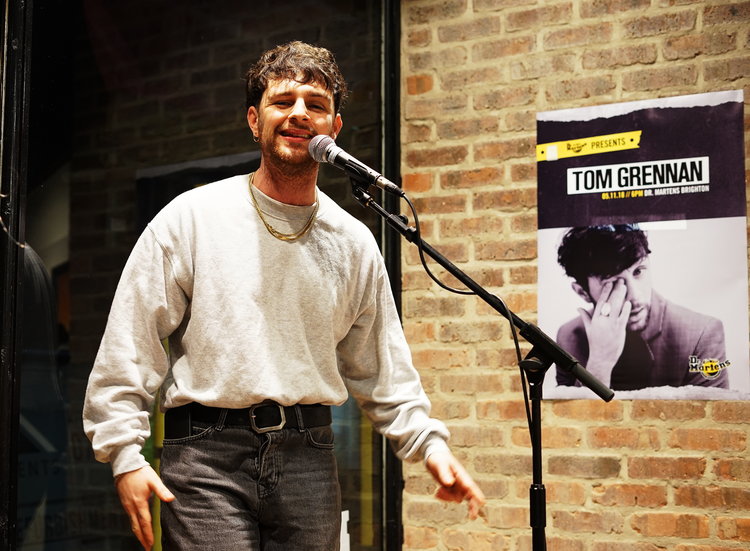 The short but sweet show was not short on perfection singing a hand full of songs from his debut album. This year saw the snappy guitar-laden song “Sober” and the follow-up Single, both performed at tonight’s show.

The set took off with the highly emotionally discharged song ‘Praying’. Performed full of emotion as if it had a special meaning in his life.

‘Something in the Water’ showed off Tom Grennan’s vocal talent and the crowd definitely wanted more.

Spirits were high with Tom Grennan’s full interaction with the fans shouting across the store, how is everyone doing tonight…..and hope it’s been a worthwhile trip down to Brighton. He promised to speak to everyone one of you after the show and wittily stated he would see everyone on the train back to London!

By the completely encaptivated, ecstatic applause by the audience, it would appear that it would not be the last time they would see Tom Grennan play live again, as the last sell-out tour is anything to go by! 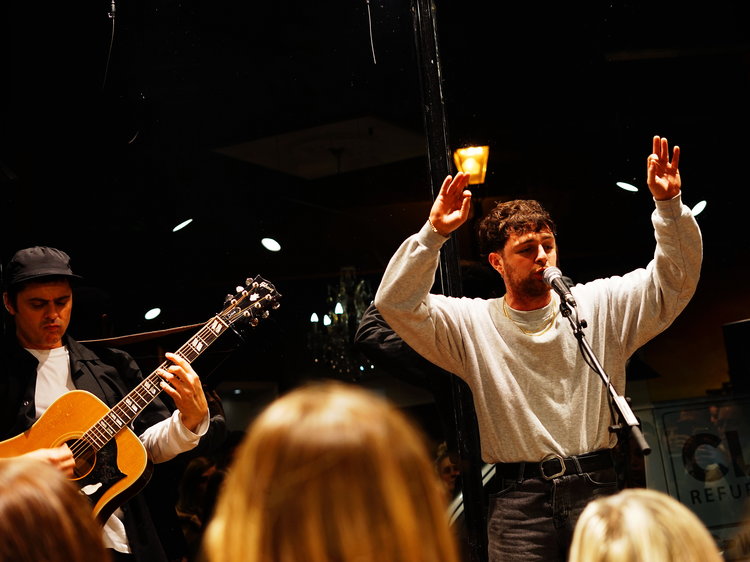