American record producer, songwriter, musician, composer, arranger, and guitarist Nile Rodgers and his band Chic rolled into Glasgow as part of his ‘Its About Time’ tour and wowed the fans with some classic music.

From the opening bars of Everybody Dance, followed by Dance, Dance, Dance and I Want Your Love, the near-capacity crowd was on their feet.  I’m Coming Out and Upside Down were hits for Diana Ross but written and produced by Rodgers, and tonight’s setlist would see many of these collaborations with other artists from throughout the career of Nile Rodgers.

The Greatest Dancer and We Are Family, both smash hits for Sister Sledge but coming from the Nile Rodgers stable, as did Like A Virgin by Madonna, Notorious by Duran Duran and Get Lucky by Daft Punk.  A small selection of his work from the thousands of hits he has written or produced over the years. 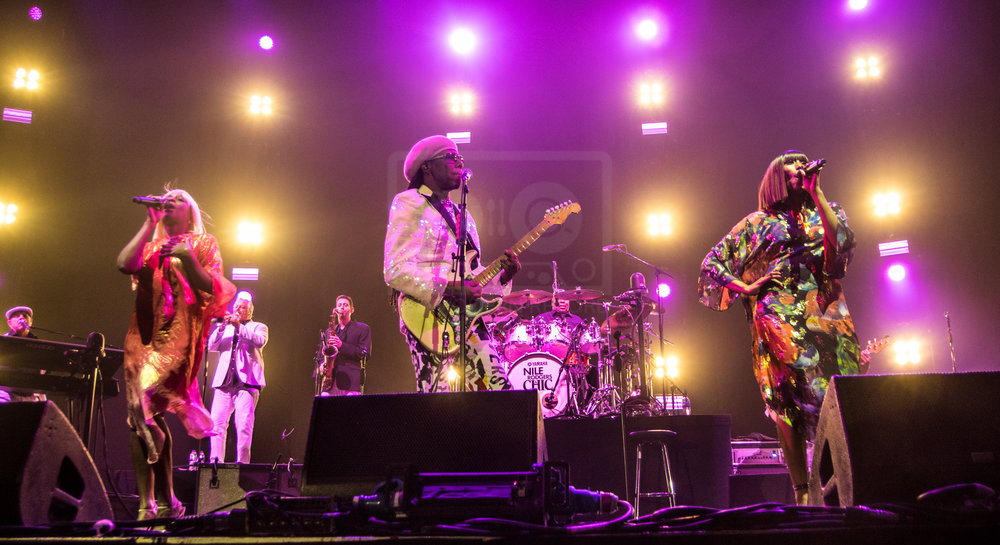 Rodgers was a musician and songwriter in his own right with his band Chic.  Heavily influenced by seeing Bryan Ferry and Roxy Music, Rodgers knew that was the type of sound and look he wanted to reproduce, and with bassist Bernie Edwards Chic released their debut album in 1977, which included Dance, Dance, Dance.  1978 follow up album C’est Chic included the smash hit Le Freak, and the version played tonight nearly blew the roof off The Hydro!

The final track of the night was the perfect song to end a gig like this, Good Times, and Rodgers invited some members of the audience to join the band on stage for a boogie. Unfortunately, the stage wasn’t big enough for the 10000 who would have loved to have got up there!

Despite recent health problems, Nile Rodgers declared himself cancer-free on stage, and let us hope he remains in remission.  Rodgers looks like a man with a renewed vigor for life and determined to make each day a party.  And why not? Tonight he, and his band played a blinder.  Fantastic funky music from start to finish and a smile on his face to match the music.  An evening with a legend to remember for a long time. 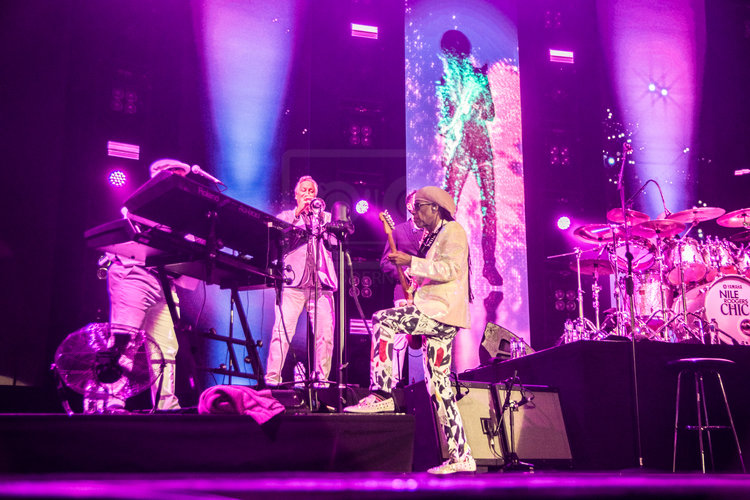