The legend of British pop music, Sir Paul McCartney arrived in Glasgow with his Freshen up the show, and blew the audience away with a storming 3-hour show.

Coming on stage just after 8 pm, Sir Paul took his rapturous applause from the packed Glasgow audience crammed into the huge Hydro arena, before blasting into A Hard Days Night, the title track from The Beatles 3rd album and their first feature film.

It’s no surprise that The Beatles music would feature heavily throughout the evening, interspersed with his solo work and that of Wings.  The setlist covered every corner of his career, included music from The Quarrymen (pre-Beatles) in ‘In Spite Of All The Danger’,  The Beatles from the beginning with ‘Love Me Do’ and all the way to the end with Back In The USSR, Birthday and Ob-La-Di, Ob-La-Da from The White Album, Something from Abbey Road, played on ukulele and dedicated to George Harrison and Let It Be from The Beatles last album released in 1970.

From his days with Wings, Juniors Farm, Let Me Roll It, Let ‘Em In, Band On The Run, and Wonderful Christmas Time was selected.  Sir Paul also covered tracks from his most recent release Egypt Station with Who Cares, Come On To Me and Fuh You.  With the back catalog behind him of The Beatles, Wings, and his solo work, he could easily play for a week without repeating a song! And I’m sure the audience tonight would have no objections if he did!! 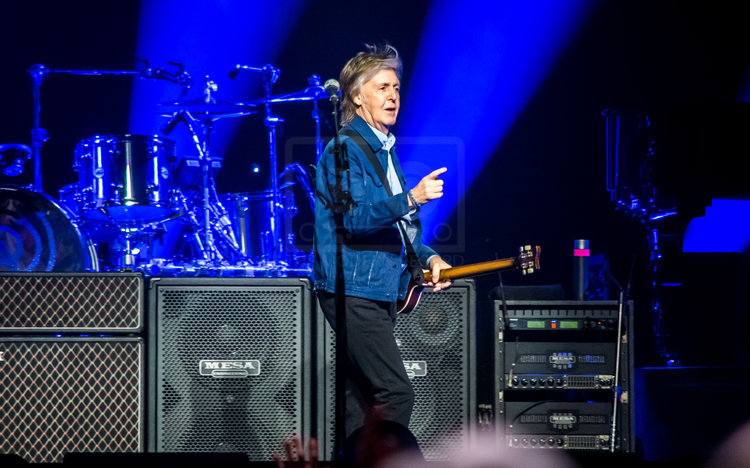 Joining Sir Paul on this tour are his trusty sidekicks Brian Ray on guitar and covers bass if Macca is on keyboards, Rusty Anderson on lead guitar, and Abe Laboriel Jr doing his best to sound just like Ringo on drums!  Together they make a fantastic band, the music cannot be faulted and Sir Paul, even in his mid-70s can still show the younger generation how to put on a show.

A 40 track setlist with one break is a feat for most acts these days, but for a man of McCartney’s age its an effort and a half, but he shows no signs of fatigue after his interval, before returning to the stage for a 5 song encore.  Birthday, Wonderful Christmas Time, Sgt Pepper, Helter Skelter, and Golden Slumbers closes the show.

Tonight was a rare opportunity to see a real live living legend and an ex Beatle at that in concert in Glasgow, the price of the tickets didn’t put the public off and the number of disappointed people who never got in shows the appeal of Sir Paul McCartney.  A 3-hour show, all the Beatles and Wings classics you could hope for, and every single person left the arena delighted.  A terrific show and Macca shows no signs that this is The End. Just magic! 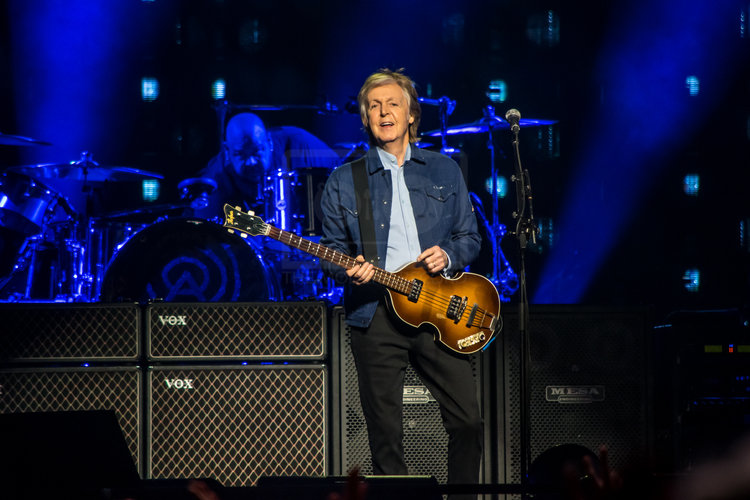