You don’t need an excuse to listen to Travis’ 1999 sophomore album The Man Who; it’s a beautiful, timeless record loaded with endearing melodies, vibrant acoustic guitars and po-faced love songs. It’s the sort of album you listen to because you still like it because you can’t remember a time when you didn’t like it, and probably because you can remember a time in your life when it didn’t exist and that time wasn’t as good. It’s polarising in that sense; life before and life after The Man Who. Music before, and music after. If you’ve welcomed this album into your life then you know what I’m talking about. Released in the wake of Britpop when pastiche was less of a trend, The Man Who marked a turning point, or at least a dividing line, in pop music. Without any knowing guidance, and despite being sonically informed by Oasis at the time, Travis came to define the sensitive sound of the four-piece male rock band at the turn of the century. Their iconic songs, loved or loathed, dominated radio the world over and lead the way for so many bands to follow from Coldplay through Snow Patrol and up to Mumford & Sons.

In light of this then, Travis themselves need no excuse to celebrate and tour the album that launched them into the pop-rock stratosphere so many years ago. 19 years ago, in fact. 19 is not a significant anniversary but The Man Who is a great album so why not? Fans want to hear it, the band want to play it. The music economy doesn’t get simpler than that these days. A run of shows earlier in the summer took in numerous venues across England, as well as some festival slots, so the final two-weeks of 2018 bring them around again and home to Glasgow’s SSE Hydro just in time for Christmas, and 2 years to the day since they last played here on the Everything At Once Tour.

Isle of Lewis singer-songwriter Colin Macleod released one of the year’s best albums in Bloodlines and as the first of two supports for the night he delivers stripped-back renditions of five songs from the record, as well as a melancholy interpretation of Ring of Fire. Beautifully understated and delicate from beginning to end, his set feels naturally calm amid the excitement and anticipation of the evening. He concedes his own disbelief at opening the show, admitting that Writing To Reach You was the first song he ever played. Right now though his own songcraft is fully matured and his confidence on stage serves him well, alone in the spotlight. 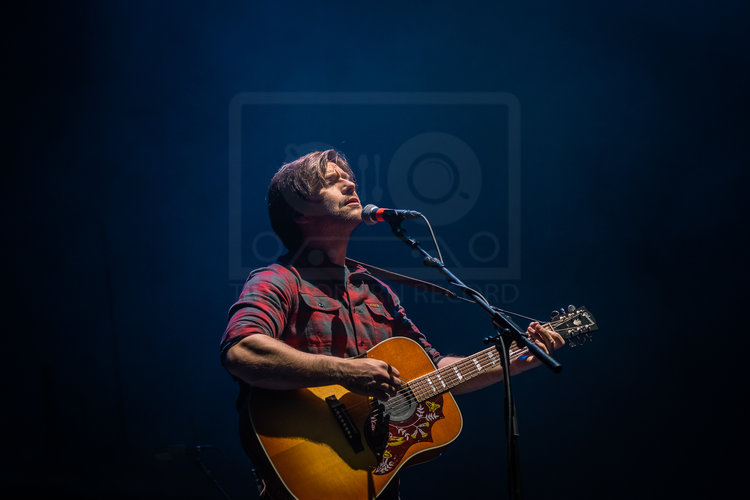 The second support is relative “old favourites” of Travis’ audience, and certainly owe a debt to the acoustic rock path paved by The Man Who. That said Turin Brakes have never stood in the shadows and since touring with Travis in 2001 they have remained friends and contemporaries, not rivals. Their divergent musical roads couldn’t be better exemplified than in tonight’s performance. A 10-song set draws from across their catalogue, never focussing heavily on one period and certainly not trading on nostalgia, but rather offering a cohesive sonic representation of where the band are now. And it’s a great sound. They’ve always been known to indulge their rock tendencies in the live setting and tonight is no exception. They’re clearly having a lot of fun; whether it’s because they’re out to impress as a support act, or because they don’t have the pressure of headlining, it doesn’t seem to matter, their performance is top shelf. Older hits like Painkiller and Underdog are reworked with fresh intros and some mint distortion on the acoustic guitars. If anyone walked in during Black Rabbit expecting a Travis concert they’d be very surprised by the rambling proggy jam happening on stage. It keeps on the sunny side of excess though and the band are sent off with just the appropriate level of enthusiasm ahead of the main act. 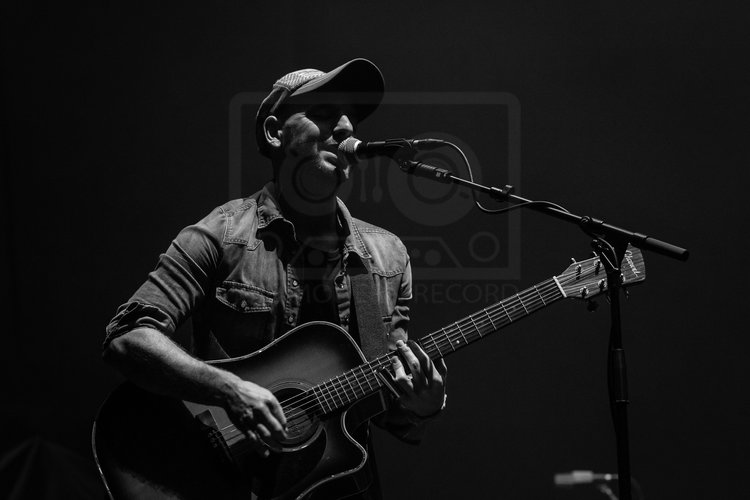 I want to be objective about what happened next but there’s an obvious reason I bought a ticket for this show. Here instead are some facts about the gig:

Between support sets, Fran Healy came out to the barrier and met fans, shook hands, posed for photos, signed things, chatted to people.

On stage Fran wore a kilt and a “Zion Lutheran Cougars” t-shirt identical to the one he wore in the video for Why Does It Always Rain On Me?

The band played The Man Who from start to finish, including its hidden track Blue Flashing Light, and then left the stage.

The second half of the set comprised a “best of” selection of singles and closed with a Christmas medley, accompanied by a couple of brawling jakey Santas.

But what was it like? Well honestly, it was pretty special. The nature of a start to end album show is that inevitably a band has to play their hits as they lie, i.e. Driftwood, Turn and Why Does It Always Rain On Me? went out in the first half. It’s unorthodox to play your biggest single in the first hour of your show and it felt a bit strange to be pogo-ing so early in the night but the other side of this is that the band get to play some songs that otherwise wouldn’t make it onto the usual setlist. I haven’t heard the Last Laugh of the Laughter in years and the harmonies were sweeter than I can ever remember. It was perhaps the only song that sounded different from the album version, and only because of the strength of the backing vocals, the rest was very true to the original sound. Another take on this format is that some of the band’s more challenging songs also have to come out. Much as they might be endeared to the hardcore fandom moments like Luv and She’s So Strange were reminders of why The Man Who was critically derided as a collection of “sad” “ballads”, the latter in particular proving a bit of a stretch for Fran’s vocal cords. But there were fond memories and pleasing anecdotes to go along with these old songs and the band have never lost their wondrous humour which always keeps their live shows so engaging and entertaining. 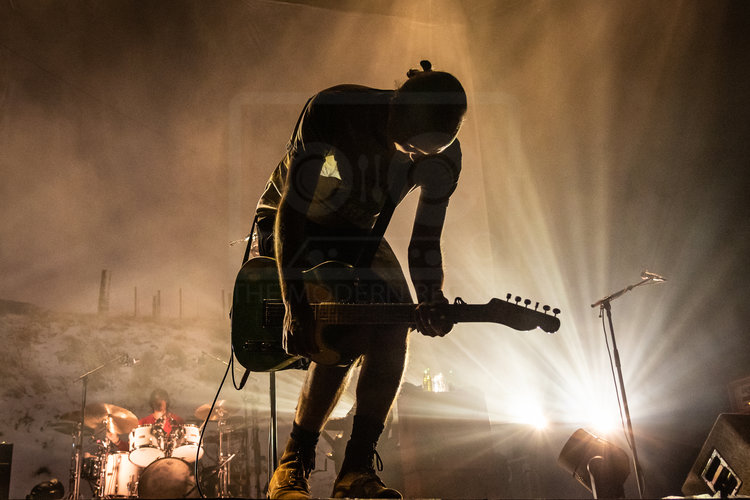 The second half of the set highlighted a few other things about The Man Who. Firstly, that the significance of the album to fans cannot be understated; once upon a time, these were some of the only Travis songs in existence and they were adored mightily and whole-heartedly which, in the context of the live show, means the album falls so naturally and familiarly on the ears that it sounds like a “best of” in itself, even up against the established singles like Side and Closer. Every song is so well received. Secondly, that Travis’ true nature has always been as a rock band. From the opening chord of Blue Flashing Light, the atmosphere in the arena is completely changed, electrified, amplified. The Man Who happens to be a cohesive collection of quiet songs and there are many others in the catalogue (see The Invisible Band) but when given a platform, or an entire half a set, the band choose to play loud, choose to rock out, choose guitar solos, choose to traverse the stage, choose to jump off the drum kit. The Man Who is another side to that band but it was never the limit of their abilities or interests. Lastly, that Travis is a band from Glasgow and were they not, they would never have written as iconic a song as Why Does It Always Rain On Me? because where else in the world could they have found inspiration in the best audience of voices to belt out such an anthem. 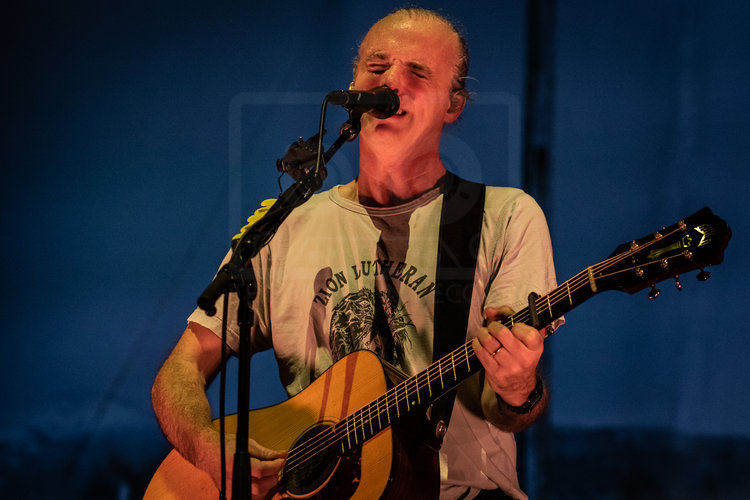