Saturday saw a great lineup at SWG3 of new and upcoming bands, playing the newish venue at the city’s west end.

Penultimate band on stage 2 were The Blinders. The alternative rockers from Doncaster are building up quite a following and the packed crowd in SWG3 was delighted to welcome their fav’s on stage.  With Thomas Haywood on vocals and guitars, Charlie McGough on bass and Matt Neale on drums, they played through a 1 hour set including tracks such as Wither, Brave New World, When No Man Comes, Rat In A Cave and Ramona.  The band is loud, aggressive, they rock and they have a point to make.  Haywood on vocals is on lead guitar too, leading the line with influences of Iggy Pop, The Fall, and lyrics of John Cooper Clarke.  McGough on bass belts out a thumping bass, his energy on stage see’s him covering all corners and by the end of the set looked like he’d done 5 sets at Wimbledon against Federer with one hand tied behind his back.  Together as a unit, they are raw, energetic, and give their all into the performance, which the crowd obviously appreciates, and they leave to rapturous applause. 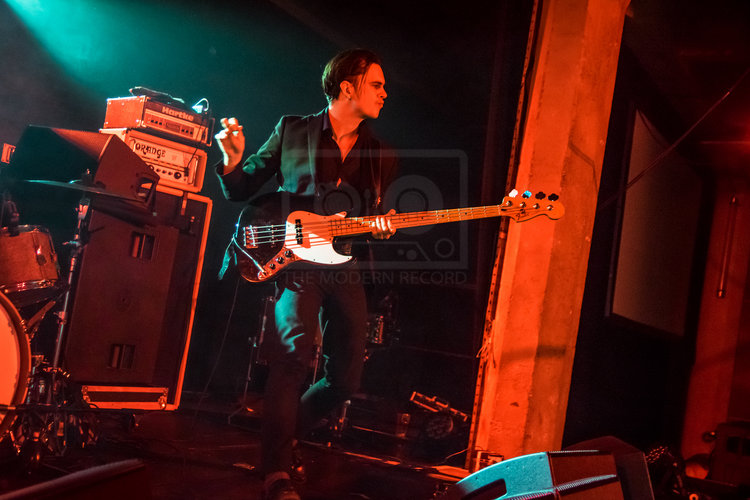 Closing the event on stage 2 were Glaswegian indie-rockers Baby Strange.    Another up and coming band with a cult following, they came on stage around 9 pm and the atmosphere was electric, as it was last time I saw the lads perform.  From the first bars of first track Pure Evil, the crowd went bananas, and the band fed from it, with first-class performance.  Other tracks on the set included Viewpoint, Motormind, VVV, Young Team, California Sun and closed with fans fav Pleasure City.

The band consists of Johnny Madden on vocals and lead guitar, Connaire McCann on drums, and Aidan McCann on bass.  They seem to have come on leaps and bounds since seeing them earlier in the year, their sound more polished but that could be down to a bigger and better venue, as they already were a very accomplished band.  Their fans welcoming the big songs, every month, and every voice singing along word perfect, and the crowd surfers were having a field day.

This was a great day of new music at the SWG3 venue, and at £15 a ticket, you couldn’t complain about value for money.  Well supported by the Glasgow crowd, eager to see their favorites, this ‘indoor festival’ could be a regular occurrence.  A great day and a great way to keep up with immerging talent. 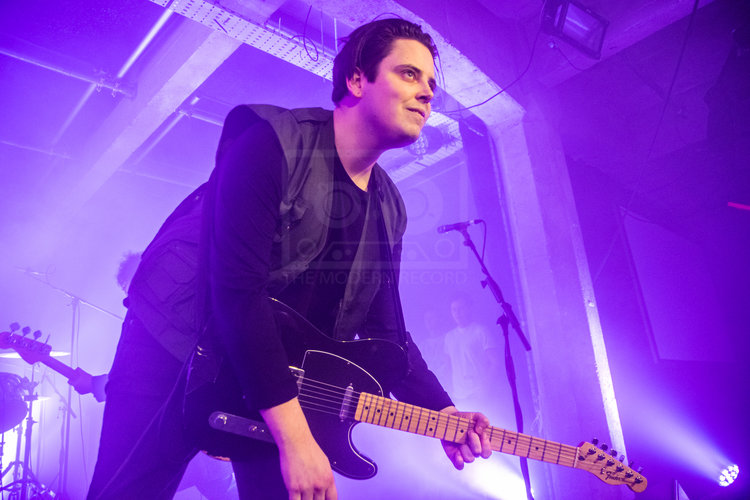