The 29th December saw the last show of a back-to-back year for The Snuts. Their sold-out performance at SWG3 provided the perfect setting for the West Lothian quartet to showcase the reason behind their propelled success within the Scottish music scene in 2018. Having played the King Tuts Stage at TRNSMT this past summer with an atmosphere similar to that of many of the festival’s headliners, it was evident more was to come from Jack Cochrane (vocals/guitar), Joe McGillveray (guitar), Callum Wilson (bass) and Jordan McKay (drums).

Liverpool band The Mysteries acted as main support, and having just recently finished touring with Miles Kane, the trio oozed quiet confidence that prepared the crowd for what was to follow.

Just after the scheduled on-stage time of 20:50, The Snuts graced the passionate chants of the Glasgow crowd with bottles of Buckfast in hand, and a clear idea of the magnitude of the set to be played. The sold-out SWG3 was ready as the band opened with the successful demo, Matador. Anthemic guitar riffs meant the crowd were bouncing the minute the melody hit, and with quick glares towards each other, each band member knew just how far they had come from their early formation in school. Matador proved The Snuts were ready for a big night, but with the latest single Manhattan Project following, this energy only intensified. The soaring chorus and heavy drum beats encouraged fans to headbang, to climb on shoulders of people already on shoulders. The 2016 demo ‘Glasgow’ was to follow, two members of the crowd discussing their surprise at the songs’ early position within the set, before jumping up and down as the beat kicked in. ‘Glasgow’ set the tone for the night – wild. Fans belted out every word and did not stop jumping until the bright lights of SWG3 signaled the end of the night. The set also included spirited track Summertime and ended with another 2016 demo Sing for your Supper before playing Mixer – a surprise addition to the set.

What stood out about this night was the appreciation shown by the band. Cochrane asking for the house lights to be left on for a few minutes only to see the venue to its’ capacity for a little longer. The Snuts proved the belief they have behind their music, but most importantly a predominant humbleness. Having worked hard to get here, this performance indicates just how hard they will continue to work when furthering their already mighty success. This Glasgow crowd were almost willing them on to do well. The Snuts are a band fans can relate to and will continue to support.

Selling out major venues having not even released an album confirms the band’s inevitable, and rapid rise to the top. Announcing just before their last song that dates at The Barrowlands are to be confirmed later this year, it wouldn’t be surprising to hear of the band playing more major venues in 2019.The crowd left elated and fully aware that the SWG3 gig would be one to remember and a ticket stub to keep safe. Perhaps becoming very valuable in the not too distant future when The Snuts are headlining the globe’s biggest festivals and arenas, yet still playing with the humble and hungry charisma that propelled them to Scottish success. 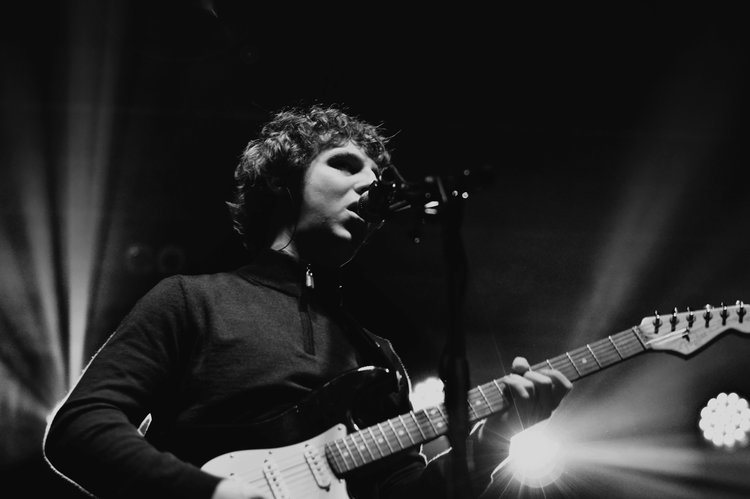