Forget Black Friday & Cyber Monday, Cypress Hill brought their own Black Sunday to Glasgow, albeit on a cold Monday night in December.

Although the tour is promoting the latest album Elephants On Acid, their biggest commercial success from way back in 1993 featured heavily, pleasing the sold-out audience.

The Latino Gangsta rappers had the crowd of old skool hip-hoppers and Nu Ravers jumping from the start with Band Of Gypsies from the new album, and barely let up with all the classics from their extensive back catalog.

Possibly best known for their promoting of the medicinal and other benefits of Hemp plant products, there’s a common theme throughout most of the set, and despite the smoking ban, the air was thick with sweet Mary Jane. So if you Wanna Get High, pay a visit to Dr. Greenthumb and go Insane In The Brain, but as the band said in the encores, I Ain’t Goin’ Out Like That.

Special mention to support act Ty from London, who despite not being that well known even in the UK, pleased the Rap Gods to get the support for the whole tour. 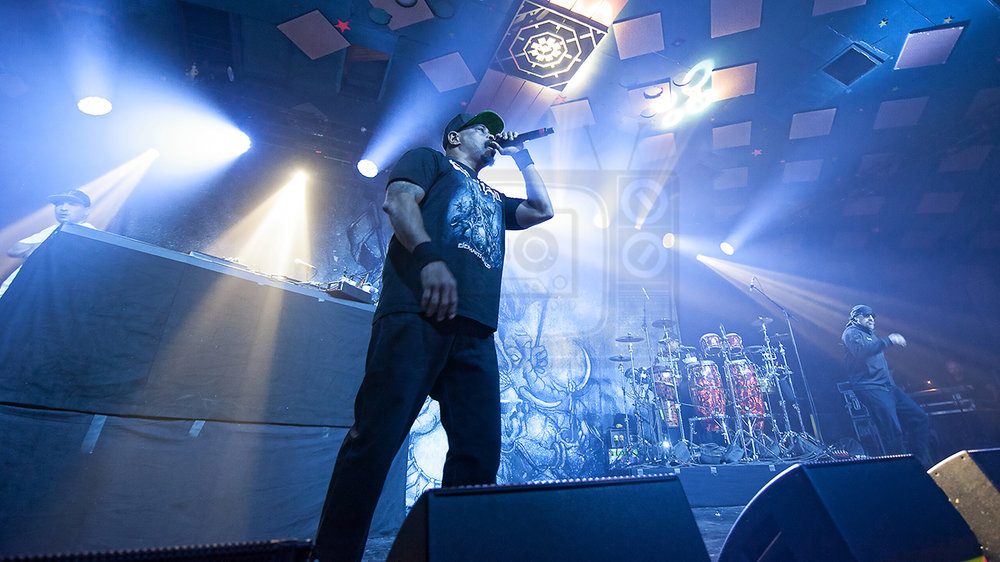