Seal, otherwise known as Henry Olusegun Olumide Adeola Samuel, took to the Usher Hall stage on Saturday night on the first night of his Standards tour, promoting tracks from his most recent album release of the same name.  The packed crowd gathered eagerly awaiting the singer to take to the stage, and they didn’t have long to wait.  8:30 pm, the lights dimmed, the music started and Seal instantly had the crowd in the palm of his hand.

Playing his take on classics made famous by the likes of Frank Sinatra, Nina Simone, Ella Fitzgerald, and Nat King Cole, he filled the first half of the show with songs such as Luck Be a Lady, Got You Under My Skin, My Funny Valentine and That’s Life. His voice lends its self superbly to these standards, and he was very impressive for those maybe more familiar with his early 90s chart hits, myself included.  The respect from the crowd was absolute, in adoration of his vocal talents, and his between-songs banter, including some ladies in the crowd professing their undying love for the Seal, to which he gratefully acknowledged them. 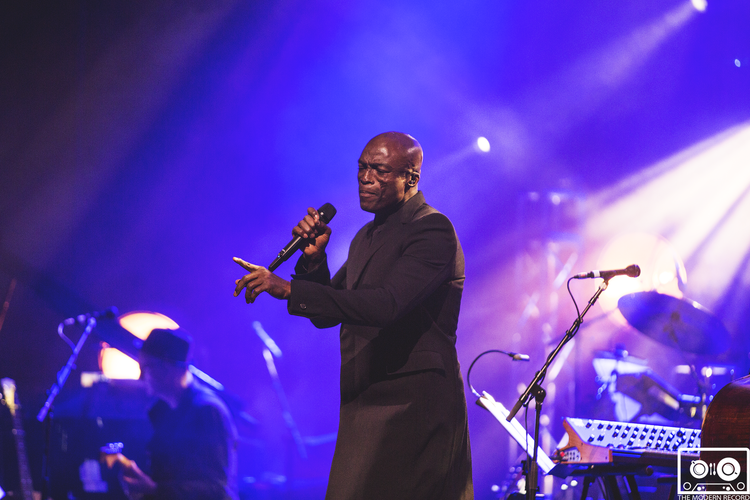 On to the second half of the show now and Seal’s delved into his own back catalog.  Fans of the singer would be relishing hearing his classics performed live and they got everything they asked for.  Kiss From a Rose from the film Batman Forever soundtrack with Seal on acoustic guitar, Prayer For The Dying, Fly Like An Eagle, and the song which catapulted him to fame in 1990, Killer, the number one single he recorded with producer Adamski.

Seal launched himself from the stage and entered the crowd, singing the song standing on someone’s chair in the middle of the stalls!! Great to get so up close and personal to his adoring fans and certainly a great photo opportunity for many in that area.  The curtain closed to a fabulous rendition of 1991 classic Crazy, which back in the day helped earn him the 1992 Brit Award for Best Male Singer.  He actually won three awards on the night, the first time any artist had done so. 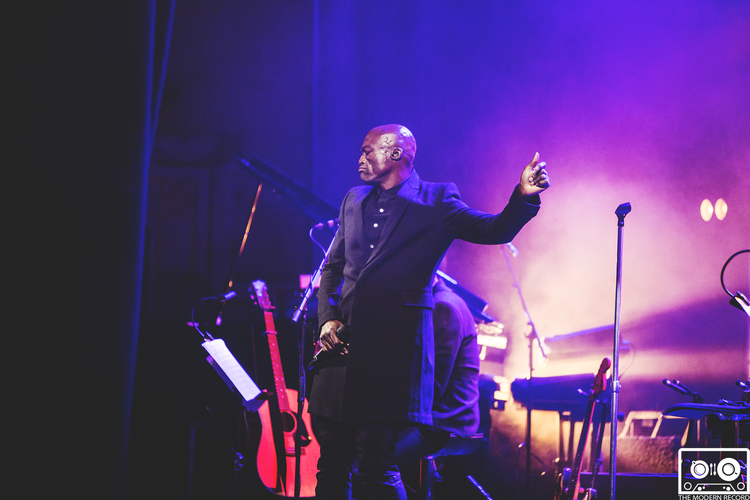