Tonight’s show was always going to be a little different. It’s only the second gig to have taken place at the new Horsecross Theatre and in terms of normal gig protocols, they were out the window from the off. We were promptly ushered into our seats in the intimate studio space at 8 pm on the dot, and there was definite anticipation in the air that it was very much a special performance we were about to be treated to.

First to take the stage were Aberfeldy based indie-folk duo Star Wheel Press. For the next 30 minutes, we were taken on a surreal journey through the mind of lyricist and singer Ryan Hannigan. Songs about robots taking over the earth, hip hop paramilitaries in Northern Ireland, and even getting the baby to sleep so you can go out on Monday night (which resonated well with many in the audience), were all delivered in the half-sung style of Mark Everett of Eels. I’m sure they’d have played all night had they been given the opportunity. Excellent entertainment!

Out Lines are a collaboration between The Twilight Sad’s James Graham, award-winning songwriter Kathryn Joseph and producer/percussionist Marcus Mackay. Starting out as a commission from the Easterhouse-based community art project, The Platform, the goal was to create music based on conversations with the participants of the project. It’s a process that Graham and Joseph immersed themselves in, conducting interviews with members of the community in person. The resulting collection of seven songs became the album ‘Conflicts’. 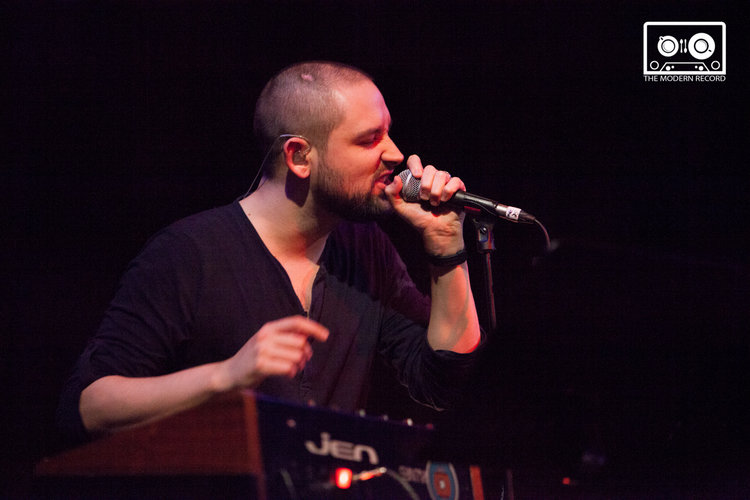 Given the dark themes and personalities involved, this was never going to be a light-hearted pop experience. Instead, they gave us an exuberant celebration of the human spirit. Opening with the album’s first track, ‘Buried Guns’, the sonic paradox that is the fragile, wavering voice of Joseph was paired with the mournful force of Graham’s vocal. Backed up by percussion, harmonium, and keyboards, the songs were perfectly balanced, brooding, and almost hypnotic to the point that only the diversion of some light-hearted banter between tracks snapped you back to reality.

With only seven tracks to play with it, was inevitable that some covers would be involved. Not straying too far from the stable, the first was Joseph’s own composition ‘The Why What, Baby?’ sung by Graham (which Joseph grudgingly acknowledged as sounding better than the original). It certainly changed the dynamic of the song but was no less emotive. 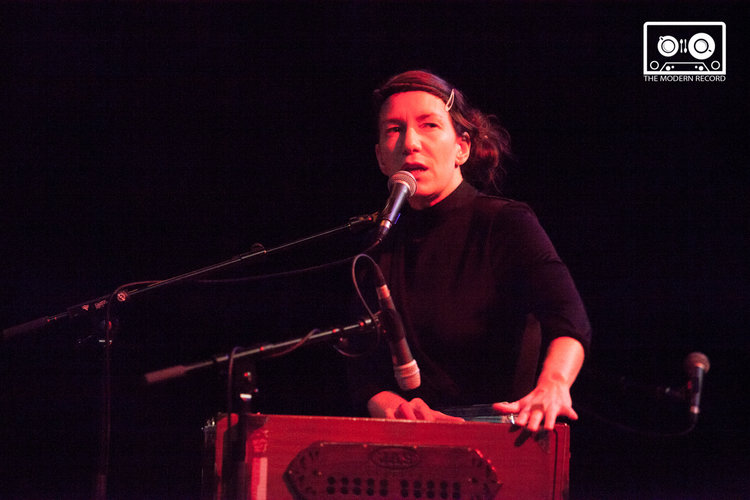 Next, it was Joseph’s turn to reinterpret The Twilight Sad’s ‘It Never Was the Same’ – which she promptly messed up, much to the amusement of herself and the audience. She went with the line “It’s because it was written by musical genius and it’s too complicated for me…” Stripped back to just a piano and percussion, it was a dramatic departure from the original but worked beautifully.

To lighten the mood they then performed ABBA’s ‘Lay All Your Love On Me’, insisting we only give this a polite applause as it was the only track performed that was not penned by one the band. They needn’t have bothered: it was wonderfully morose and twisted, receiving a huge roar of approval.

It was only appropriate that they closed out the set with the last track on the album ‘These Three Desire Lines’. It weaved and built to a powerful refrain, asking us to ‘hold on’. I suppose we’ll have to, until the next time.

This project truly is something extra special, both in its conception and delivery. Don’t miss your chance to experience it.