Formed in Toronto, Ontario in 2011, Alvvays consists of vocalist Molly Rankin, keyboardist Kerri MacLellan, guitarist Alec O’Hanley, bassist Brian Murphy, and drummer Sheridan Riley. The crowds were snaking in and out of the torn-up the street outside of the venue, yet the pouring rain didn’t “dampen” the crowd’s spirits in waiting to see the much anticipated Canadian indie-pop sensations.

The band entered a pitch-black stage and kicked off their show with a much fitting song
called ‘Hey’ known by a lot of fans. The song perfectly set the night up for a good time and
it’s from their latest release ‘Antisocialites’. After the first song, they addressed the crowd
stating how much they love being back in Glasgow, with Alvvays having played here many times before and have built a solid fan base. 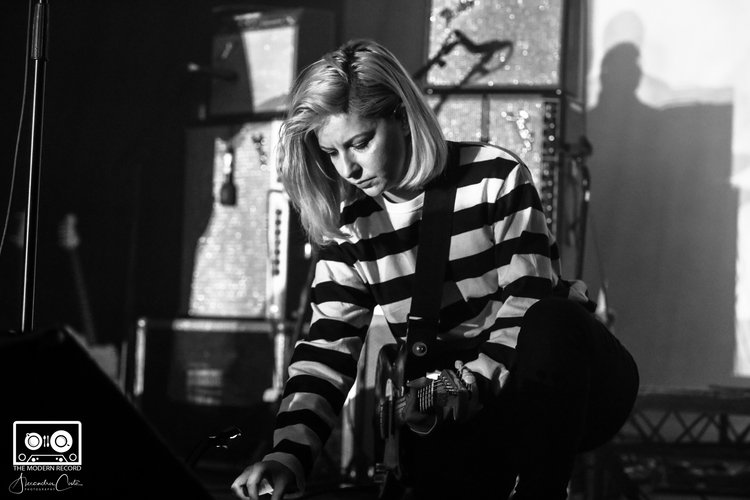 The band then moved onto their next song after addressing the crowd, The sing is called
‘Adult Diversion’. The band performed the song wonderfully, keeping the sound faithful to the
studio version.  At times the vocals were drowned out by the instruments but this was only a minor detraction from their performance. Vocalist Molly Rankin kept the stage lively, moving about from side to side with her guitar. Other band members were glued to the floor at times but Molly really brought out a show which fans really adored.

Alvvays’s lyrics have always contained dark humor, but they bury that sentiment under a
dreamy haze that’s not so prevalent on their new album. Molly addressed the crowd multiple times throughout the show and even engaging throughout the
performance, keeping the crowd engaged with some lighthearted banter
that took the crowd on a journey of pure bliss and excitement. The other band members almost struggled to make eye contact with the
crowds at most points, however, this could’ve been due to them being in the dark shadows for most of the show with the lighting. 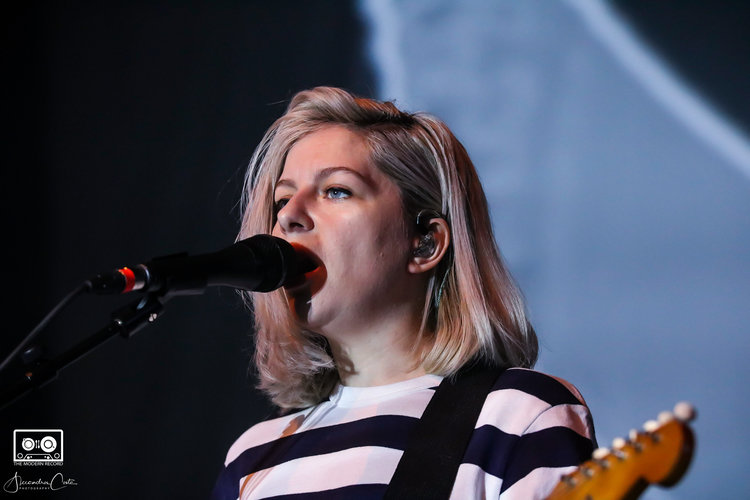 As the show was coming to a close the band left the stage and came back for an encore of
two songs to bring the night to a close. Playing ‘Blue’ (actually an Elastica cover) and ‘Next of Kin’ from their debut; the crowd fully responded to them, engaging in the encore through singing along and dancing.

Alvvays clearly have a great love for Glasgow and its music and tonight proved that love is paid
back in spades. The new album has been a hit for them since it was released and it has
given fans even more of a reason to love the band. Alvvays will be back again, but tonight they prove to be well worth the wait in the pouring rain to see.