Paul Weller and his band storm the Hydro for sensational gig. 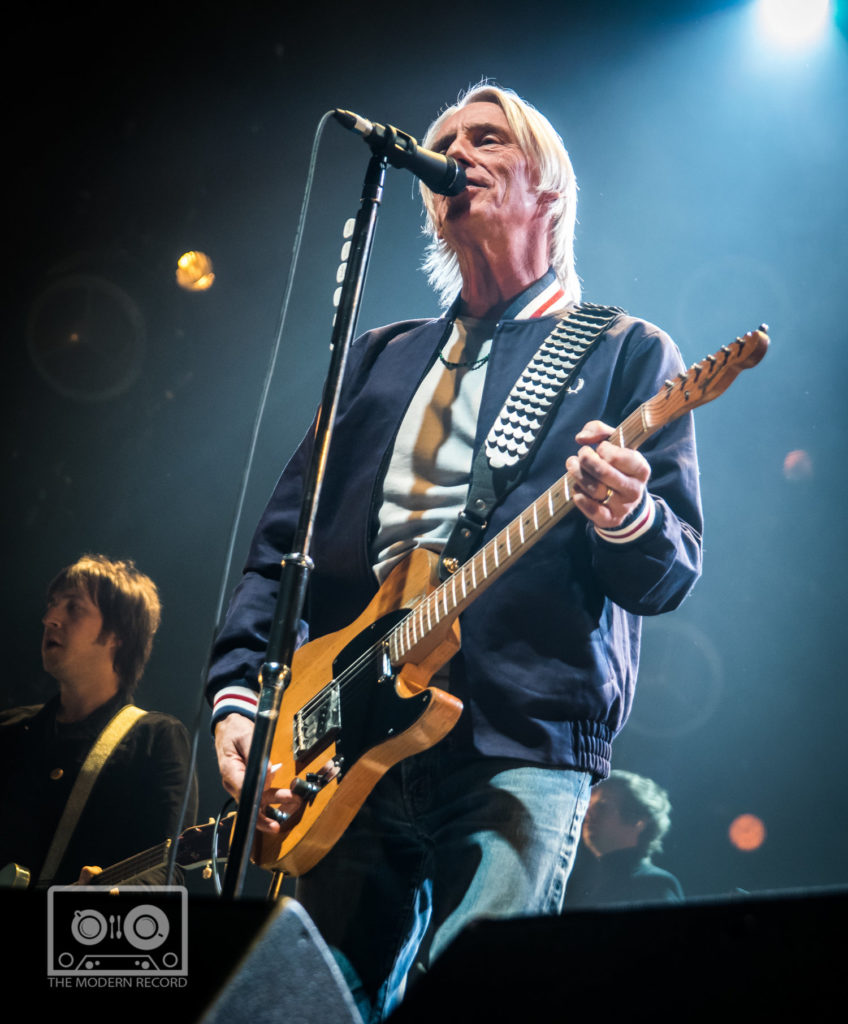 Paul Weller and his band returned to play Scotland for the 1st time in 2 years, playing to a packed Hydro in Glasgow, eagerly anticipating the evening’s entertainment.

Support on the latest tour was by Irish R ‘n B rockers The Strypes.  The band and main man Weller have a history, having played together back in 2013 for Rough Trade’s record store day, and their brand of music is perfect to get the crowd warmed up, before the main event. 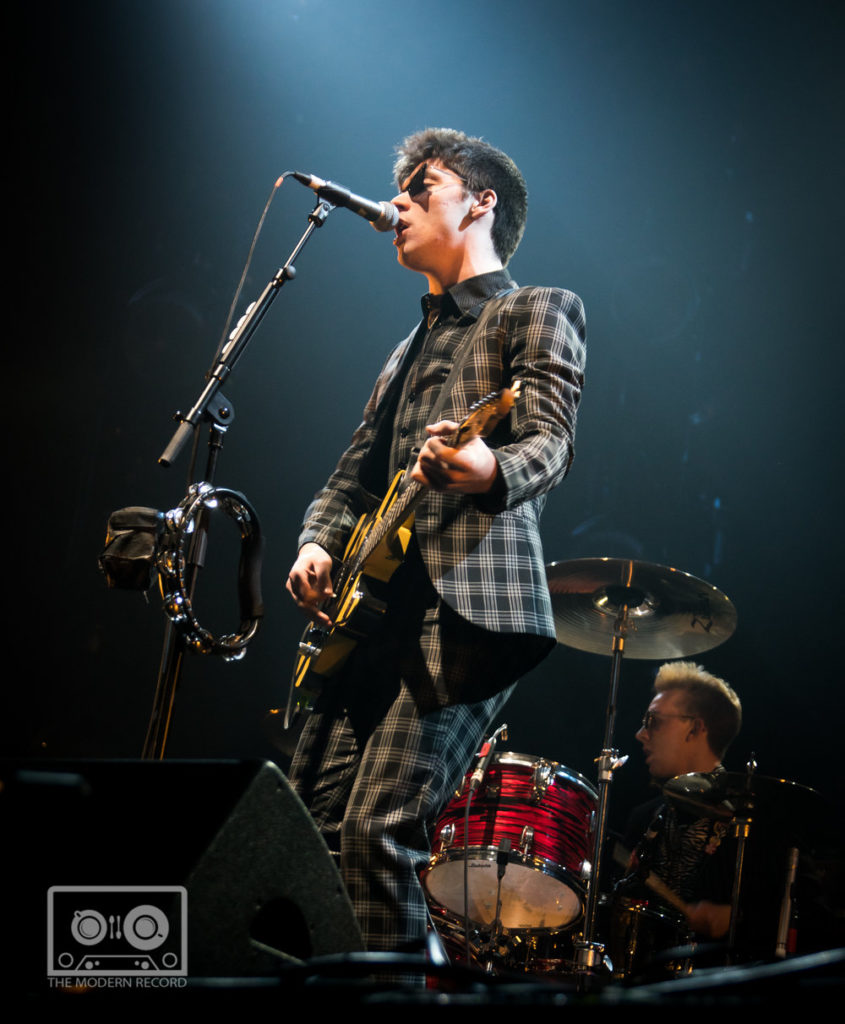 Prompt at 20:30, Paul Weller and his band take the stage.  The latest incarnation of his band sees Andy Crofts and Ben Gordelier from The Moons on bass and percussion respectively, Steve Pilgrim was the drummer with The Stands and is also a solo artist, Tom Van Heel on keyboards, who has more recently played with From The Jam featuring Weller’s ex bass player Bruce Foxton, and his right hand man since the days of Wild Wood in the mid-90s, Ocean Colour Scene guitarist Steve Cradock.  This tour showcases tracks from Wellers latest record A Kind Revolution but also includes tracks from his whole back catalogue, and what a catalogue to choose from.  Opening with Im Where I Should Be and White Sky from 2015 release Saturns Pattern, Where I Should Be maybe a strange choice to get the crowd going, but White Sky makes up for that.  The setlist was littered with masterpieces, Man In The Cornershop, The Eton Rifles, That’s Entertainment, English Rose ‘I was afraid if we played this we’d get run out of town, said Weller’, Start! and Town Called Malice from the days of The Jam, and these songs were the highlight of the night for the vast majority of the crowd, fans of Weller from back in the day. The Style Council tracks Have You Ever Had It Blue, My Ever Changing Moods and Shout To The Top peppered between Weller’s solo classics From The Floorboards Up, Above The Crowds, Hung Up, Peacock Suit, Wild Wood and The Weaver. 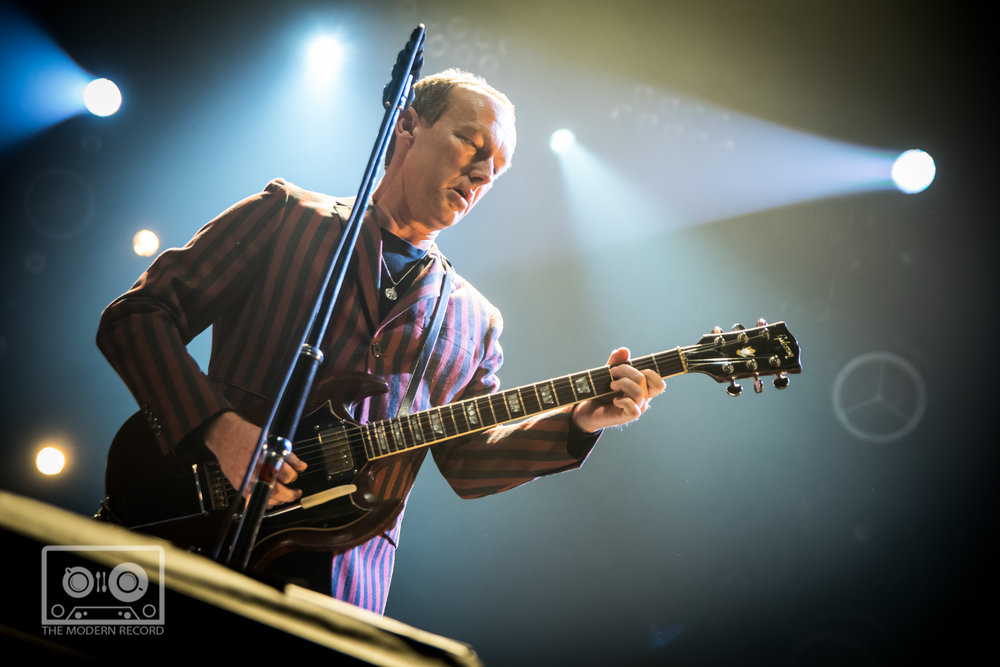 Weller looked his usual dapper self as he entered the arena, in a blue Fred Perry jacket, but it wasn’t long before it was thrown off, as the heat built up on stage. He may be fast approaching his 6th decade but there was no less energy, enthusiasm or effort put into his music as he blitzed his way through the 32 song set, and on stage for 2 hours and 20 minutes. Music from all his past genres, post punk, mod revival, new wave, pop, however you wish to class it, but every song was played with a passion as if he’d just written it last week.  Closing the evening with the timeless classic Town Called Malice from the 1982 Jam lp The Gift, the crowd were in raptures.  A fantastic set list, a fantastic performance, Weller and his band love playing to the Scottish crowd and every song was lapped up by the die hard fans.

In a London flat, in 1980, Paul Weller sat and wrote a song about what was going on around him at the time in just 10 minutes.  That’s Entertainment? Tonight in Glasgow, THAT WAS ENTERTAINMENT !!